Texas Winemakers Get Creative After a Year of Wild Weather Challenges 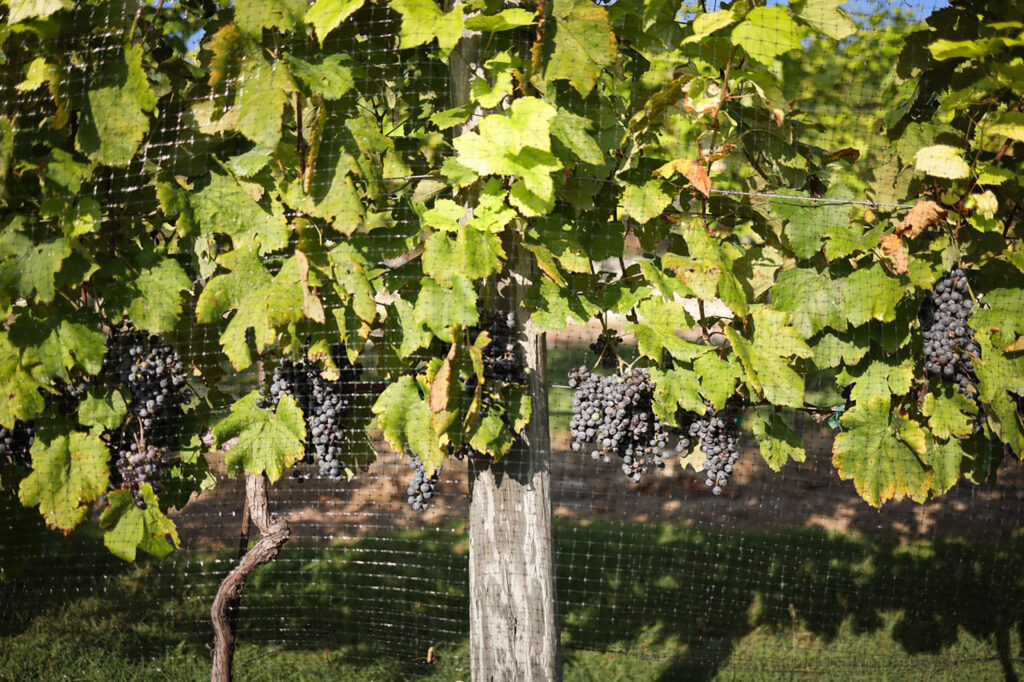 Like all Texas farmers, grape growers are faced with no easy task when it comes to navigating unpredictable weather. And in a state the size of France, climate and crops vary greatly. But this past year was truly one for the record books in all the state’s growing regions.

“Texas is known for its erratic weather events, but this year we witnessed Mother Nature unleash her fury across the entire state,” says Michael Cook, a viticulturist for Texas A&M’s AgriLife Extension Service. “The growing season of 2021 has perhaps been one of the most challenging years for grape growers in North and Northeast Texas since many can recall.”

The challenges actually began with an early freeze in October 2019, which came after harvest but before the plants had reached dormancy for the winter, killing many of the buds expected to produce in spring of 2020. So last year’s production was down, by some estimates, as much as 50% in the High Plains, where 85% of Texas grapes are grown.

“That year we were hoping for 100 tons of [High Plains] grapes and ended up at merely 37; it was brutal,” says winemaker Cooper Anderson, co-owner of The Austin Winery, located in the capital city’s burgeoning St. Elmo neighborhood. “There is very little consistency in our weather, and this means we need to stay flexible in the cellar… Being a winemaker [in Texas] means you need to start with a good viticultural knowledge base and understand what’s going on in the vineyard. This is the only way to make something consistently good with a naturally inconsistent product.”

When February’s winter storm Uri touched ground, many vineyards were still recovering from last year’s early freeze. The storm covered vineyards in a thick blanket of snow and brought subzero temperatures, but luckily most of the grapes had already entered dormancy. However, one less cold-hardy variety in particular was much more susceptible to the winter storm’s effect: Blanc du Bois, a hybrid white wine grape grown in the North, East, and Gulf Coast regions.

“Ninety percent of vineyards in Northeast Texas witnessed their [Blanc du Bois] vines, young and old, being frozen back to the ground,” Cook says. “While these vines, which are often grown on their own roots, have not died, they will need to be retrained for the next one to two growing seasons before a substantial crop can be harvested. This means wineries will be unable to source Blanc du Bois for possibly the next two to three growing seasons.”

The Gulf Coast also reported widespread damage to Blanc du Bois vines due to February’s freeze, as well as vineyards battling rapid cluster rot and fungal disease due to the continual rain during ripening. While the High Plains saw minimal damage from Uri, that region was hit with one of the latest spring frosts in recorded history. A late April freeze destroyed grapes that had already broken buds, wiping out much of the state’s Tempranillo, and an early May hailstorm took out the entire 2021 crop for several Brownfield-area vineyards.

While Central Texas avoided any major losses, yields are still well below average this year. Anderson was contracted to get 50% of his grapes from the Hill Country and the other 50% from the High Plains, but ended up having to get most of his fruit from the latter. And though fruit is still rolling in for the season, he estimates he’ll only get around 60 of his anticipated 100 tons of grapes. The steady stream of precipitation also forced him, like many other winemakers, to harvest much earlier than usual for fear of berry splitting or disease.

“Some of these early picks have shifted our plans from red wines to rose or sparkling on certain sites and varieties (Montepulciano, Cabernet, and Lenoir),” Anderson says. “And there are some occasions where the volumes of certain grapes make more sense for blending. For instance, we had a significant amount of Grenache, but its Rhone compatriot Mourvedre was knocked back pretty hard by weather, so it made more sense to blend these varieties which are already famous friends.”

This year’s reduced grape yields mean smaller batches, particularly of the 2021 Blanc du Bois, and consumers will likely see some different blends and combinations coming from their favorite wineries in lieu of particular wines made from particular vineyards.

“The good news is that even with lower yields this season, quality appears high, and most vineyards were left relatively unscathed as far as vine health is concerned,” Cook says. “This means that, barring any spring frosts or other damaging weather events, vineyards should spring back with a near full crop next season.”

For the 2021 vintage, consumers should expect to pay slightly higher bottle prices due to low volume production and the high demand for grapes. When making purchases, remain flexible and open-minded to trying new grape varieties and labels. (The U.S. Department of Agriculture is currently tracking 75 different grape varieties across Texas—how many of those have you tried?) Now, more than ever, it’s important to support local farmers, and the winemakers who champion them, by buying wine made from 100% Texas-grown grapes.