Despite being cousins, the Texas spiny lizard and the prairie lizard are engaged in a statewide turf war

Written by Sarah Thurmond | Updated: May 26, 2022 | Filed Under: CultureHistoryTravel NewsWildlife 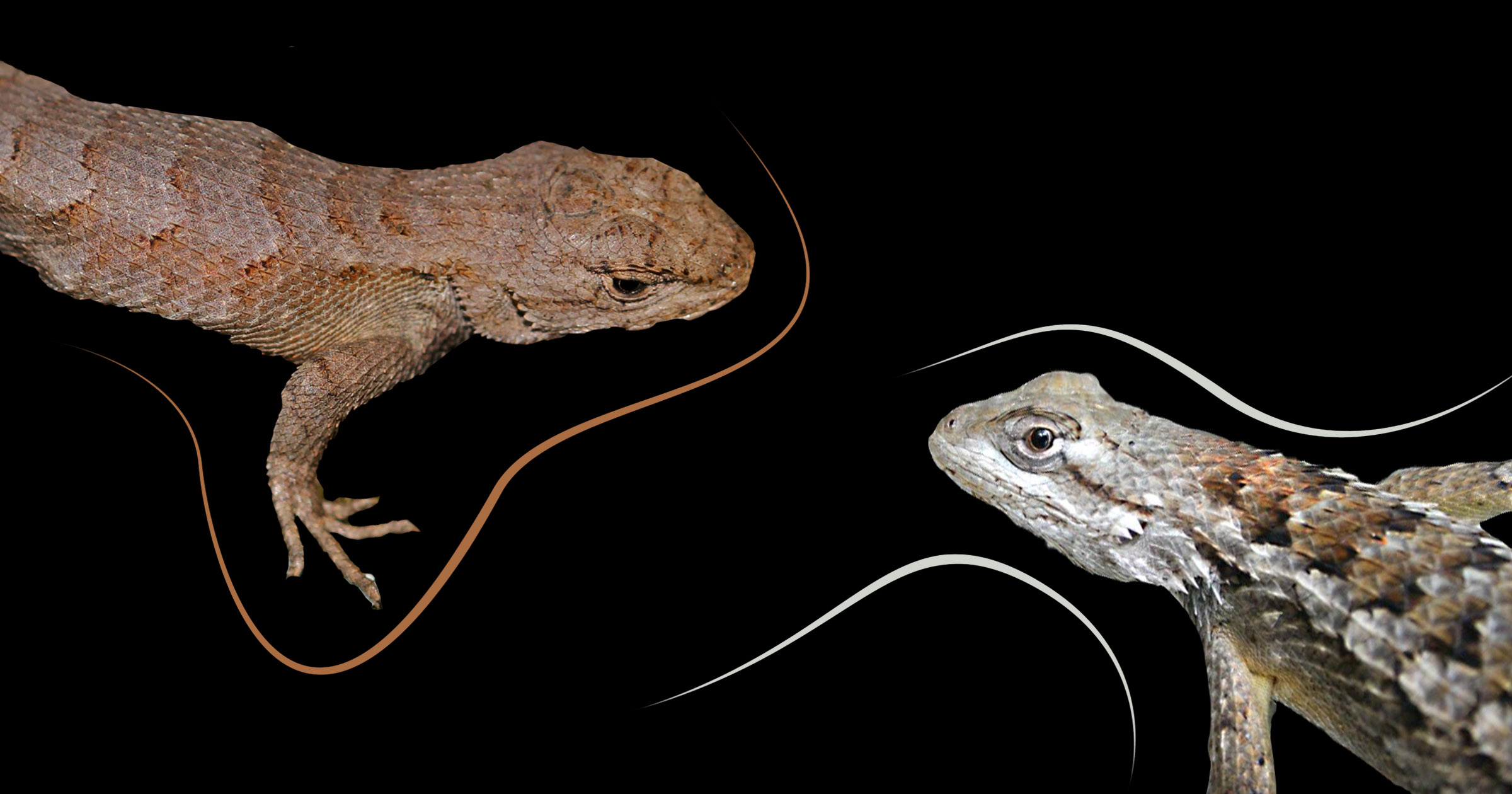 Prairie lizards and Texas spiny lizards have a lot in common. True, the prairie lizard is a svelte 5 inches, while Texas spiny lizard, also commonly called the “fence lizard,” is a tank topping out at 11 inches. But both belong to the same genus, Sceloporus, a group with overlapping, spiny scales, colorful bellies, and bright, alert golden eyes. Both like the same sorts of environments in the central hills and plains of Texas. And both are adaptable and swift, with a wary disposition.

Alas, according to ongoing research carried out by doctoral student Alexander Murray and biology professor Luke Frishkoff at the University of Texas at Arlington, these shared traits haven’t stopped the two from slipping into a quiet, statewide turf war.

The team stumbled across the phenomenon by accident in 2020, while looking at ways that different lizards responded to changing climate and land use policies in Texas, such as development on prairie lands or changing fire regimens. Eventually, they noticed that wherever Texas spiny lizards (Sceloporus olivaceous) turned up, the prairie lizard (Sceloporus consobrinus) was conspicuously absent, even in areas where historical records indicated they were once common. That included places like the Fort Worth Nature Center and Refuge, once home to many scampering prairie lizards. When the team visited in May 2020, they couldn’t find a single one.

Proving that Texas spiny lizards were terrifying their smaller cousins out of prime bits of habitat requires a few different streams of evidence, Frishkoff says. Historical and museum data has helped establish places where prairie lizards were once common. Murray has conducted over 200 lizard surveys—aka, walking in a 650-foot straight line and counting all the lizards you see—in many of those locations throughout the state. They’ve also built a 3-by-3-foot tank, complete with rocks, brush and plants, and introduced members of the two species in it.

“The prairie lizards run and hide as soon as they see these big olivaceous looking at them,” Frishkoff says. “Watching them shows that they really don’t like being around each other.” Their research—which has yet to be formally published—bears that out: The number of spiny lizards and their range seem to have expanded, and everywhere they go, prairie lizards vanish.

“It suggests that if a Texas spiny lizards sets up shop in a strip of woodland, that makes it much less likely the prairie lizards can survive,” Frishkoff says.

Texas spiny lizards don’t just have the size advantage on their smaller, shyer cousins, Frishkoff says. Their numbers and range have grown substantially, perhaps driven by changes in the Texas landscape. Both species tend to like trees, but Texas spiny lizards are much happier among woody brush, and they don’t seem to mind suburban development much, either. In a state that’s seen a growth in both, that puts Texas spiny lizards in a good position.

But don’t count the prairie lizard out quite yet. The lizards enjoy a statewide distribution, from East Texas locations like Tyler to West Texas areas like along the Devils River. Texas spiny lizards generally stick to the central and south sections of the state. It’s more like prairie lizards are losing territory around the core of the spiny lizards’ range, part of an ongoing ebb and flow of environments and species competition.

“It’s interesting to think about the way these dynamics play out over time,” Frishkoff says. “It’s these little battles that people don’t even notice, with these lizards fighting it out for territory. Unless you pay attention, it’s kind of easy to miss.”