The Big G in the Big D

In the book I See You Big German, a D Magazine editor explores his relationship with Dallas Mavericks star Dirk Nowitzki and the City of Dallas 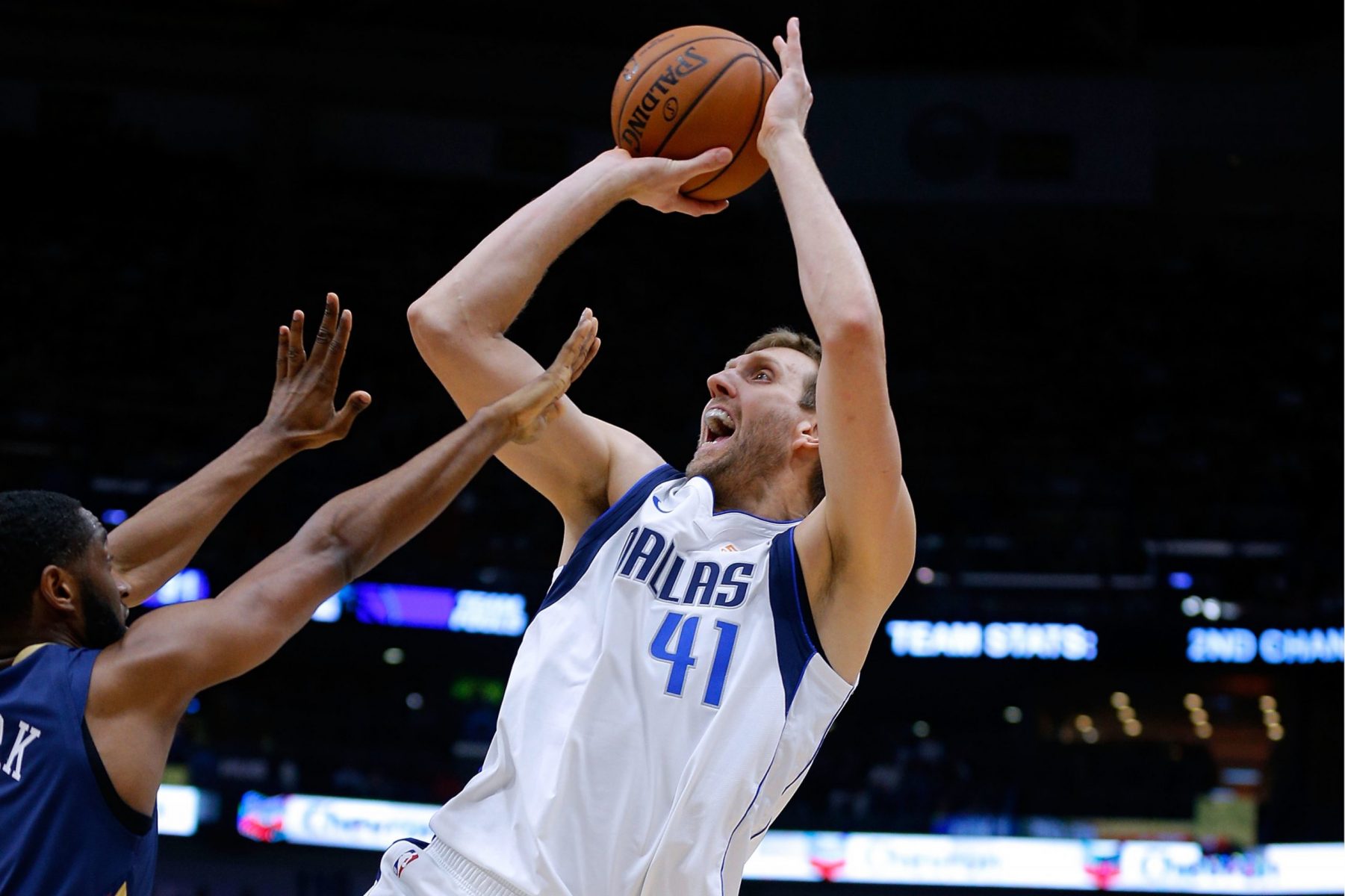 Zac Crain, an editor for D Magazine, doesn’t remember choosing to become a fan of the Dallas Mavericks. They were simply the closest pro basketball team to his small hometown of West, a little more than an hour south of Dallas. As a 10-year-old in 1984, Crain remembers watching Derek Harper dribble out the clock in a playoff game against the Los Angeles Lakers, thinking the Mavs were ahead despite the tie score, only to lose the game in overtime and eventually the series. “All I knew was that it hurt,” Crain writes of the feelings that followed his confusion, “like my heart had fallen into my feet, like my body had too much blood in it.”

Whatever disappointment Mavericks fans felt on that night, it only got worse during the 1990s when the team was terrible. The players who should have guided the team were too old, had their career ruined by substance abuse problems, or got traded away. And then, in 1998, around the time Crain moved to Dallas, the team drafted a lanky, largely unknown young German with broad shoulders who’d get booed by his own fans during parts of his rookie year. That was Dirk Nowitzki, the subject of Crain’s new book, I See You Big German: Dirk Nowitzki and What He Means to Dallas (and Me), from Dallas-based Deep Vellum. 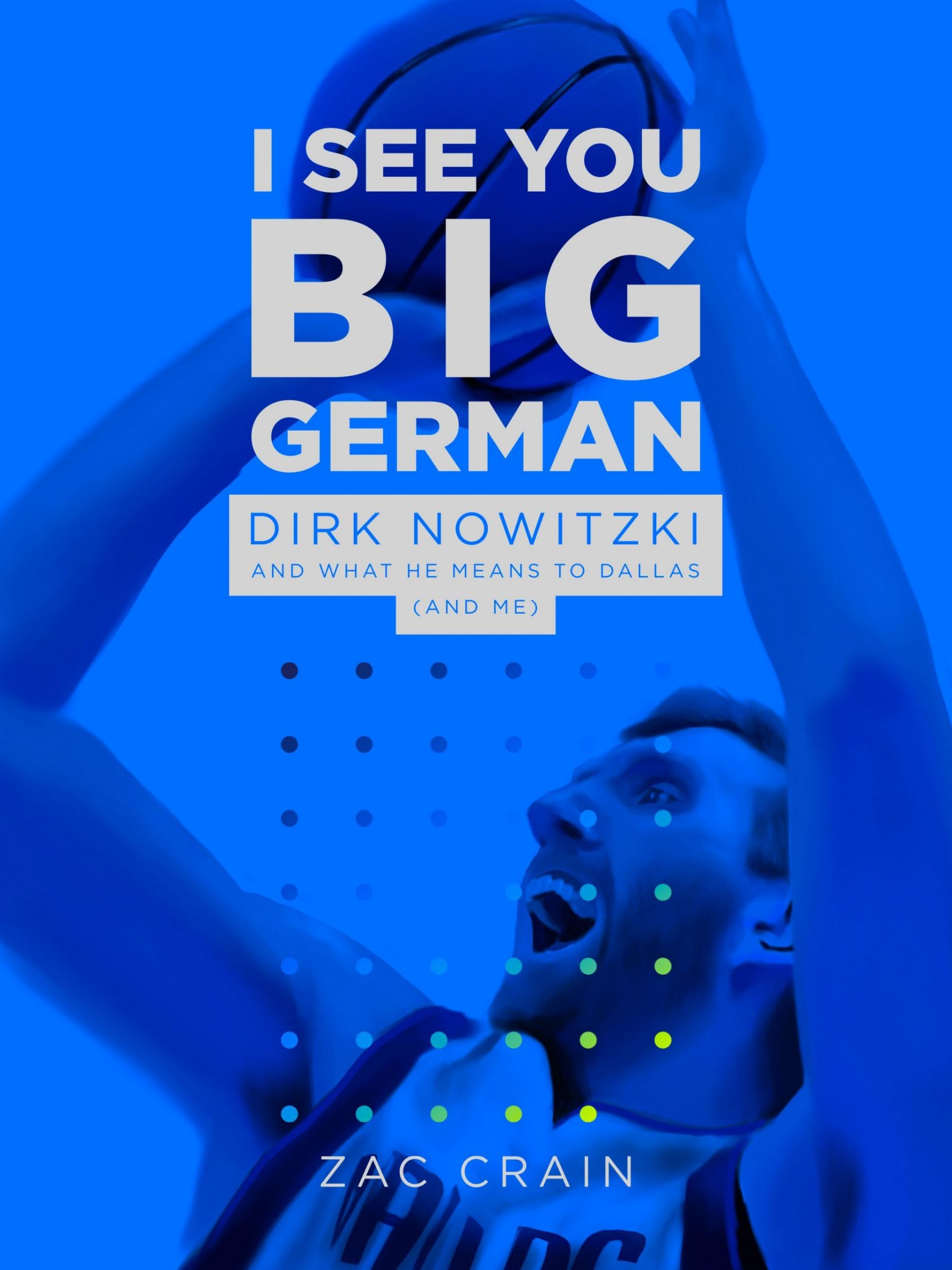 I See You Big German is available through Deep Vellum. Cover art by Jeremy Biggers.

The book is a “memoir about Dirk Nowitzki” written as an open letter. Through Dirk, Crain traces his own life in Dallas, chronicling the city before, during, and after the German basketball player helped revive a team that was all but dead. That evolution parallels the trajectory of the city’s downtown, overbuilt during the 1970s and ’80s as part of the boomtown some believed wouldn’t end. Once it did, Dallas’ downtown was, as the book describes, a wasteland. That changed with a 1998 bond election that, among other things, led to the construction of the American Airlines Center, the Mavs’ new home.

Crain writes with humor about the serious parts of his life. About how he was 11 years old when his grandfather died a few days after they played basketball together—for the first and last time. About getting married “somewhat on a whim” in part because, as Crain explains, he and his would-be wife told each other they could always get a divorce. About their miscarriage, with twins, which left them “shell-shocked for a few months.” About the birth of their son Isaac, who Crain calls the “heart and soul of the book.” About his eventual divorce, and how, through it all, the Dallas Mavericks have been there—and Dirk, too. “Over 13 seasons, you became Dallas and Dallas became you and I was wrapped up in there somewhere, identifying with one or the other or both,” Crain writes.

But as Crain explains, it wasn’t those 13 seasons for Dirk—from his first year in 1998 through the years of heartbreak, humiliation, and frustration, before he led the team to the NBA Championship in 2011—that made him a legend. Rather, it was Dirk’s final eight seasons with the team. Dirk was still close to his peak and could have left to pursue another championship with another team, but he remained loyal to Dallas. “You could have left,” Crain tells Dirk, “and no one would have held it against you if you had.” 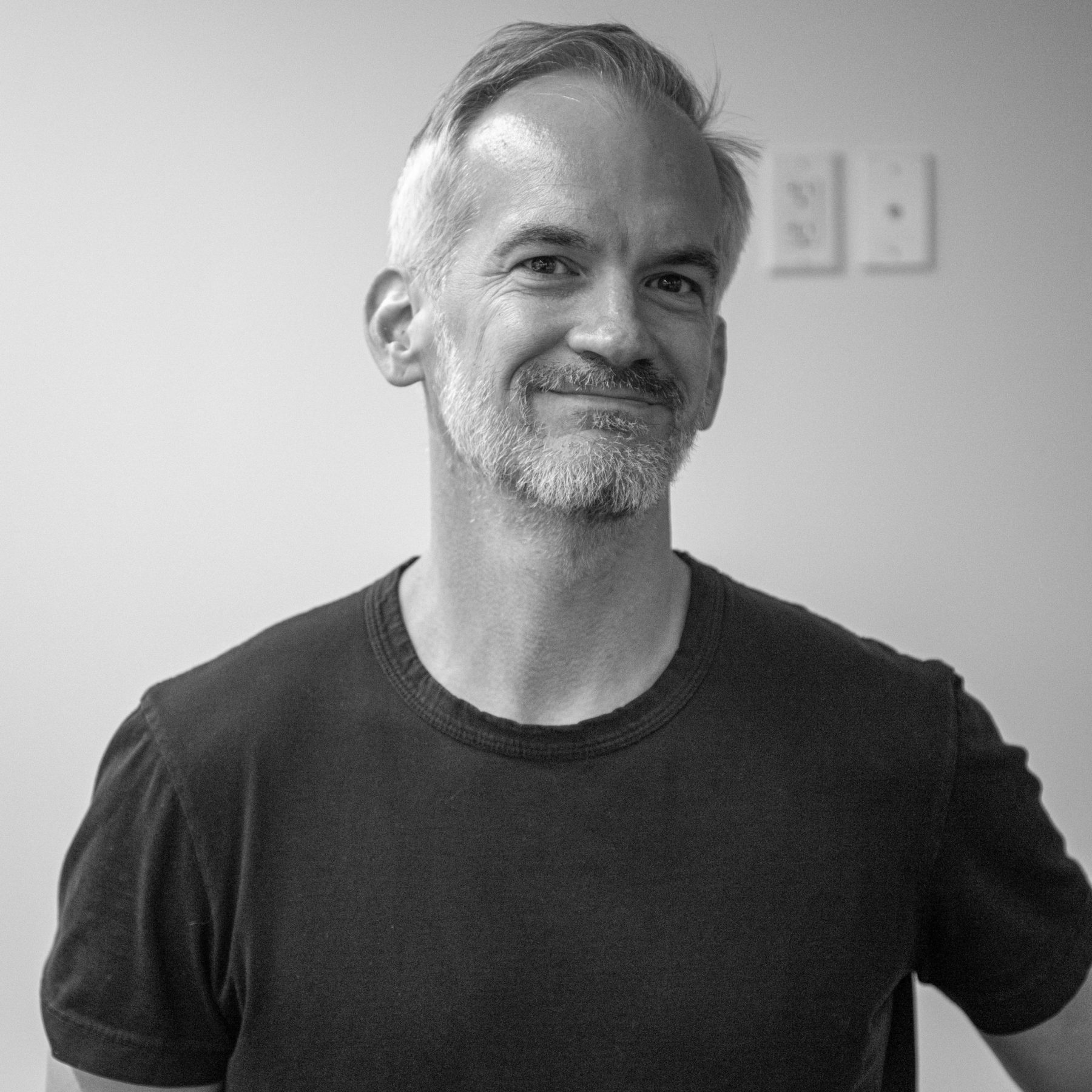 Zac Crain is a senior editor at D Magazine. Photo by Natalie Goff.

Dirk stayed in a city that Crain says has had an inferiority complex since JFK’s assassination. And because he did, the German who struggled with his English as a young, floppy-haired kid aged in front of Crain’s eyes. The same way Dallas did. The same way Isaac did, too. Dirk grew old by the standards of professional athletes, and injuries left him to hobble up and down the court. “You moved like you were wearing Nikes with insoles consisting of crushed glass and thumbtacks,” Crain writes to Dirk, as lovingly as possible, with the comfort that comes from feeling as if he’s known him for decades.

Anyone who watched Dirk play the last couple of seasons knew his retirement was for the best. And yet, that didn’t make it any easier. On the last night of his career, it felt like the entire city celebrated Dirk’s 21 years playing in Dallas. Like everyone watched the last game of the player who helped save the team, perhaps even the city, from a “decade in the desert.” Everyone except for Crain, who was traveling to Italy with his girlfriend, which included a layover in Germany—a happy coincidence far from intentional.

And though Crain hints at regretting not being there, with his son, another part of him is glad to have missed it. “I did not want to see it,” Crain writes of that last game. “I would have been happy for you to remain on the Mavs bench forever, even if you only played a minute, even if you never played at all.” Crain continues talking to Dirk, as if no one else is reading: “Just so there was always the hope that you could, the chance that you might.”