Known for enormous artworks, Wade's artwork embodied Texas in all of its swagger and quirkiness. 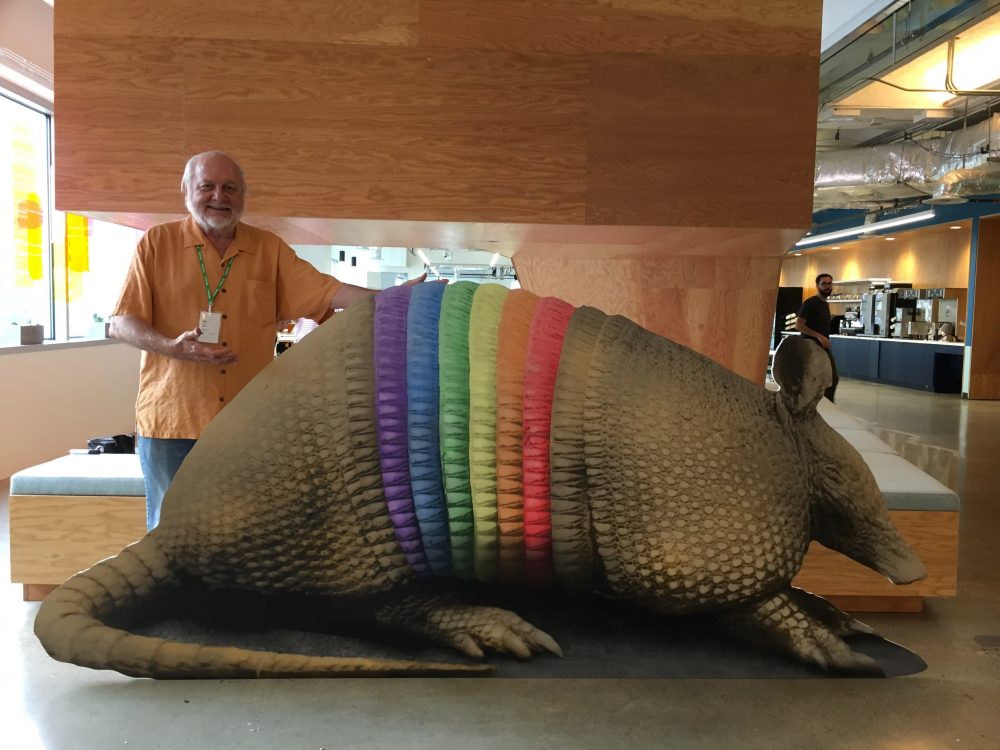 Bob “Daddy-O Wade” with one of his sculptures. Photo courtesy of William Campbell Contemporary Art.

The Texas art world will greet 2020 with a Texas-size hole in its ranks. Artist Bob “Daddy-O” Wade—best known for enormous artworks like the 35-foot cowboy boots in San Antonio’s North Star Mall parking lot and the 2,600-pound polyurethane iguana atop a building at the Fort Worth Zoo—died from heart disease in the wee hours of Christmas Eve.

Wade, who was 76, seemed to get more gusto out of being a Texan than anybody this side of Big Foot Wallace. “More than any artist I can think of, he was the Lone Star State,” says Katie Robinson Edwards, curator of Umlauf Sculpture Garden and Museum in Austin, Wade’s final city of residence. The Umlauf’s plans for a summer exhibition of Wades work are under review following his death. 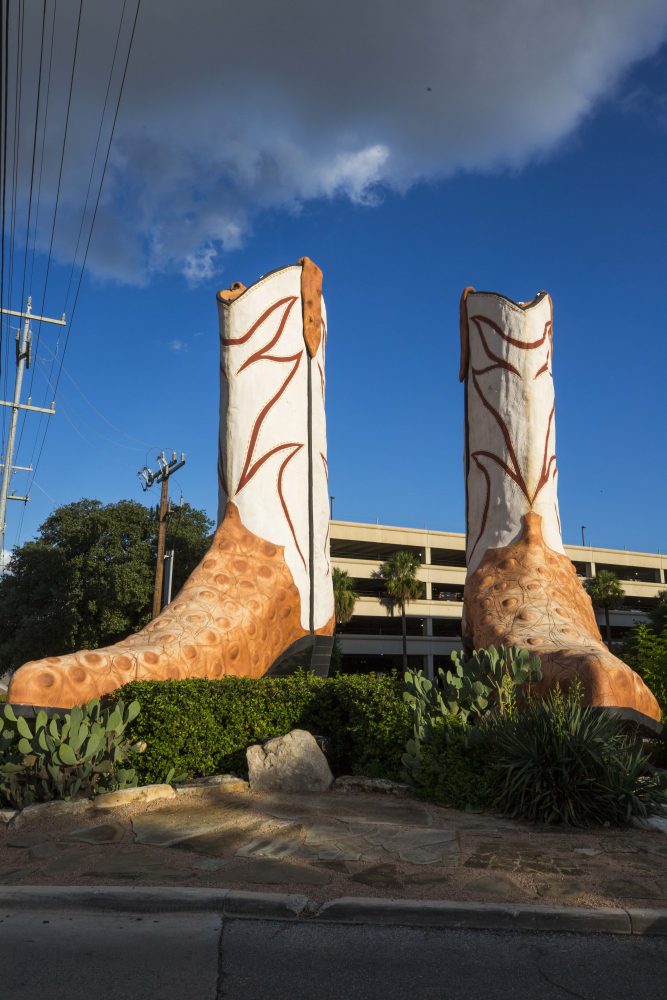 Austin musician Ty Grimes had known Wade since they were kids in far West Texas. “He was like a big brother to me,” Grimes says. “And he never got a big head even after he became so famous. I’m gonna miss sharing all the El Paso stories and lore that only we knew.”

Born in Austin in 1943, Robert Schrope Wade logged many an inspirational mile around Texas as his hotelier father moved the family to Waco, Galveston, Beaumont, Marfa, and El Paso. Majoring in art at the University of Texas at Austin, his fraternity brothers nicknamed him Daddy-O. The hepcat moniker stuck. Wade attended grad school at University of California-Berkeley and then taught college in Waco, Dallas, and Denton before setting out to interpret the Lone Star State for the greater art universe.

Travelers on Interstate 35 marveled at Daddy-O’s 10-foot-tall dancing frogs on the roof of the Carl’s Corner gas station, near Hillsboro, for years. Three of the toads have since hopped to the roof of a Taco Cabana on Dallas’ Greenville Avenue, where the croakers first frolicked when the building was a nightclub called Tango. 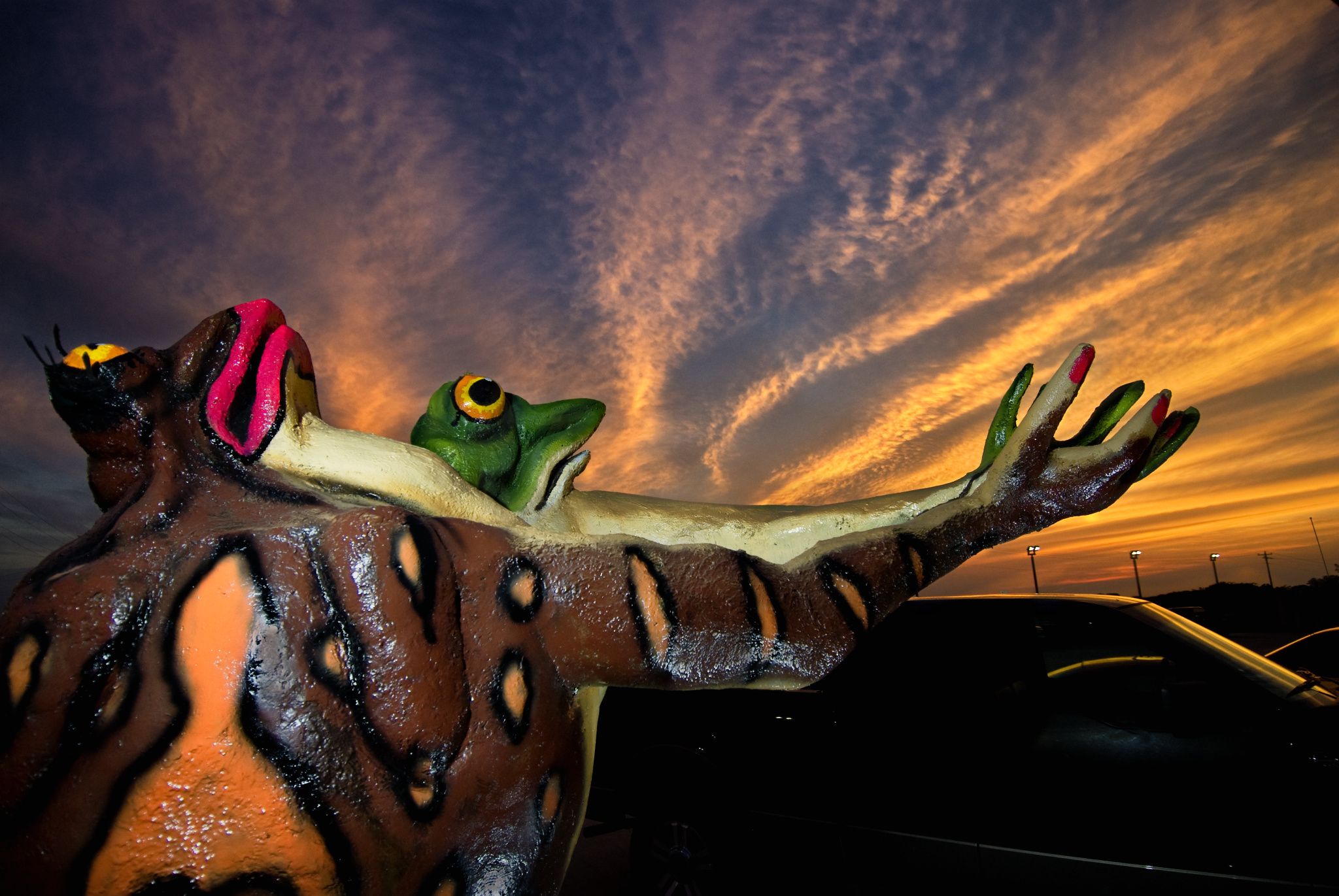 Wade’s dancing frogs, back when they were at Carl’s Corner. Photo by Griff Smith.

For the Waterside apartment development in Fort Worth, a more recent project and one that reveals Wade’s tender, big-kid nature, the artist repurposed elements from a kiddie amusement park that once occupied the site. Among the installations, a lasso-wielding, pipe-stick buckaroo chases a herd of former carousel ponies.