Traces of Texas’ Throwback Thursday: An Aerial View of the Astrodome 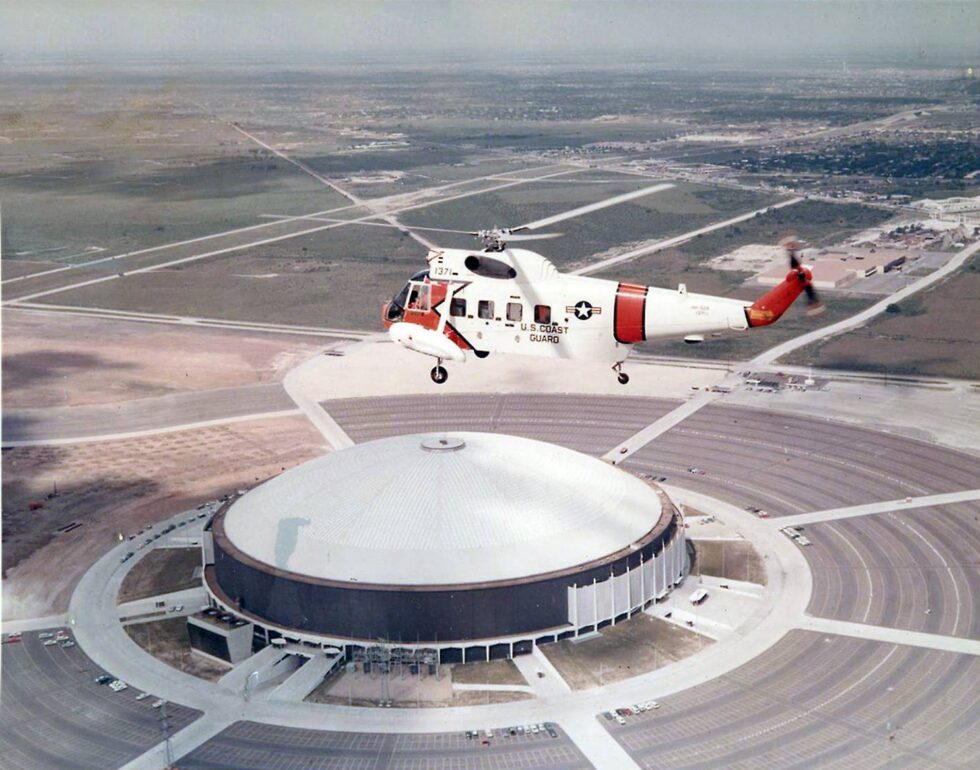 Traces of Texas reader Frank Pasket was in the Coast Guard during the 1960s and was nice enough to send in this amazing picture of himself flying a helicopter over the Astrodome in Houston back in 1965. The Astrodome was brand new at the time, having opened on April 9 of that year. I still remember the first time I entered its cavernous environs, which was to see a game between the Houston Oilers and the Pittsburgh Steelers in 1970. It seemed almost frighteningly large to my 8-year-old self. When I walked up the ramp and the field came into view, I was dumbstruck. These days the dome looks like a sad, forgotten orphan. It was replaced by NRG Stadium in 2002 and closed in 2008. There have been numerous proposals to renovate the dome but as of today, no improvements have been made.