Traces of Texas’ Throwback Thursday: Quanah Parker and Three of His Wives 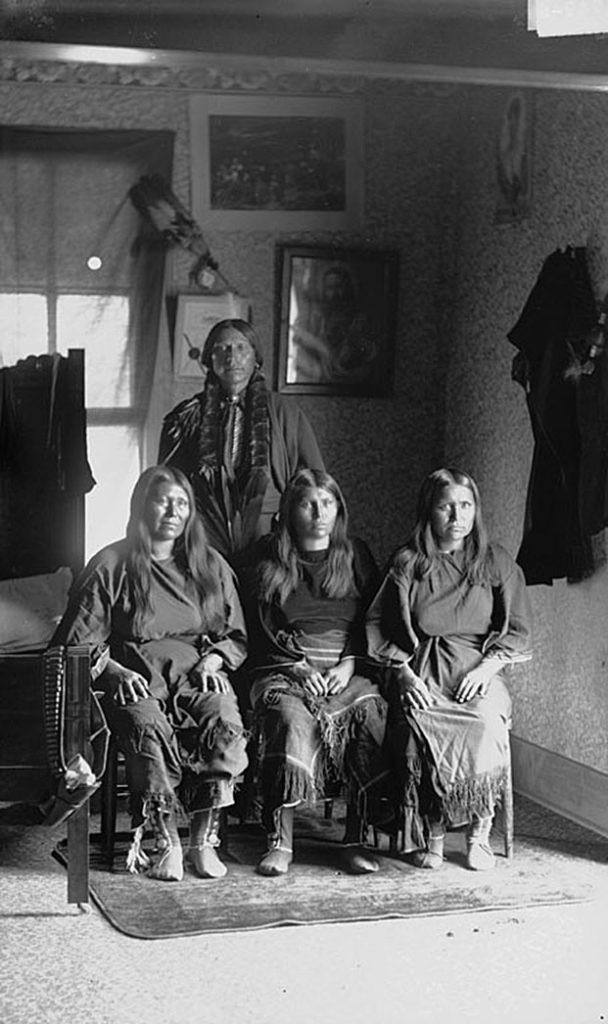 Photo courtesy of the Smithsonian. CC0 1.0

Comanche leader Quanah Parker with three of his eight wives at his “Star House” in what is now Cache, Oklahoma, 1892. The house had been constructed just a couple of years before. Parker hosted many notables at the house, including influential ranchers Charles Goodnight and Burk Burnett and President Theodore Roosevelt.

Quanah Parker had been a military leader for the of the Kwahadi, or Antelope, band of the Comanche in Texas, including in the Red River War in 1874, but later surrendered to the U.S. Army and moved the tribe to a reservation in the Wichita Mountains of Oklahoma.

Sadly, the house today is in terrible condition and in danger of being lost forever. It was in bad shape already when a 2015 storm caused severe damage. The National Trust for Historic Preservation estimates it would cost $1 million to restore it.