What the Heck is Wendish Coffee Cake? 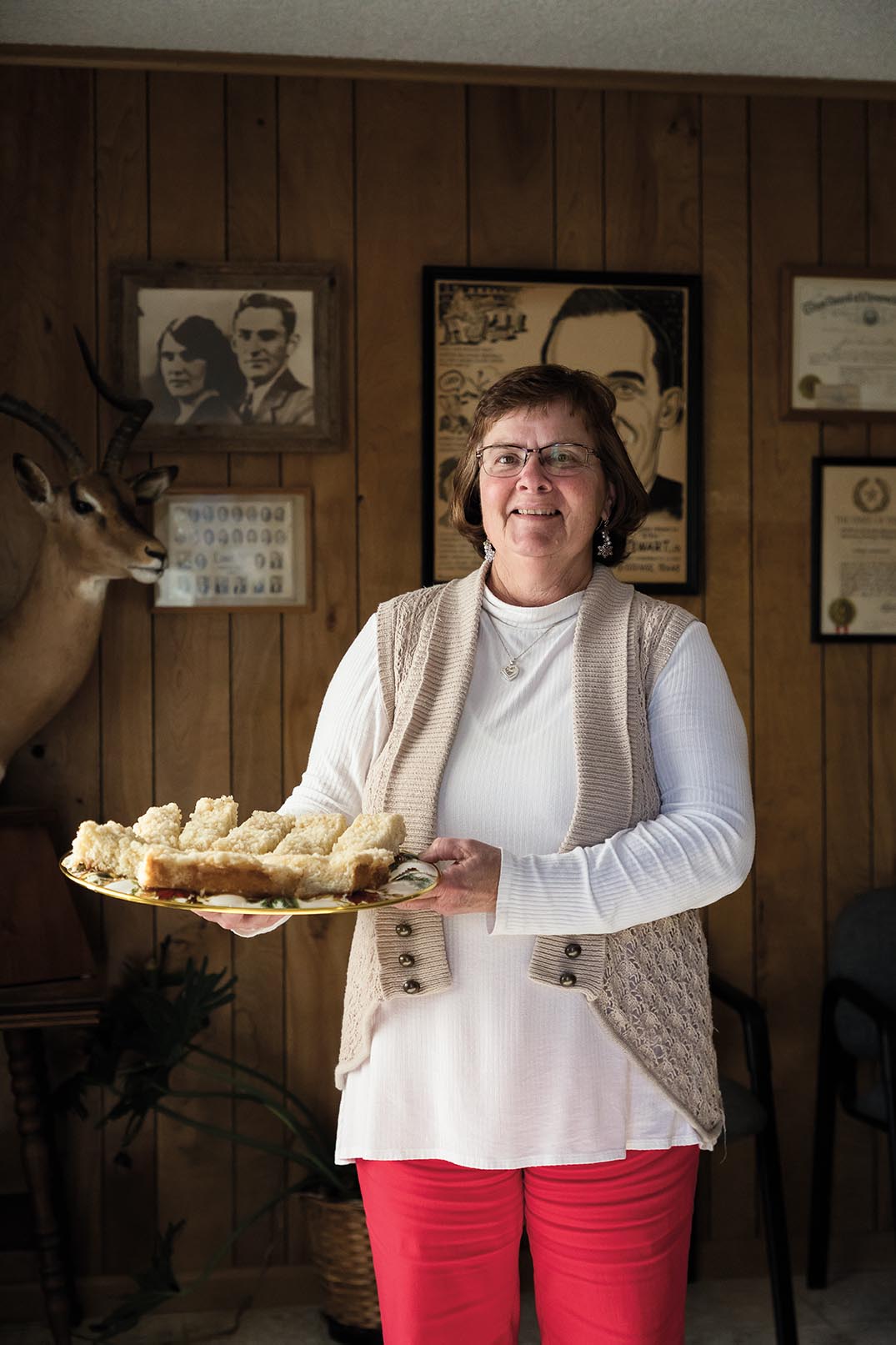 Last year, my husband and I went to visit his parents in Maryland. It was my birthday and my mother-in-law wanted to make me a special treat. She called my mother to ask for my all-time favorite cake, and my mother pulled a memory from the recesses of her mind: I had loved my grandmother’s Wendish coffeecake.

It turns out Wendish coffeecake—or cheese coffeecake, as it’s also known—is hard to pin down. It’s a slightly sweetened dough leavened with yeast. It has a custardy topping made with a mix of cottage cheese, cream cheese, and lemon (the ratios vary per baker). And it’s Wendish because it was born out of an area in Central Texas between Lee and Fayette counties where I grew up, and where Wendish—a mix of Slavic and German—culture thrives.

In 1854, my great-great-great-grandfather, Johann (Jan) Kilian, boarded a boat with 600 other Wendish-speaking Germans. (Also known as Sorbish, Wendish is a Slavic language developed on the border of modern-day Poland and Germany.) They set out for Texas where land could be acquired and their Wendish religion and customs would be out of reach of the German monarchy, which had ordered a merging of Lutheranism into a national church. Almost 170 years later, there’s still a smattering of original families in the area, and the Texas Wendish Heritage Museum in Giddings preserves the Wendish language, along with traditions like egg-decorating, coffeecake-baking, and noodle-making. 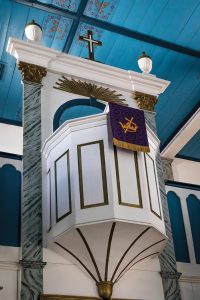 Unfortunately, my husband and Maryland in-laws remained unaware of Wendish coffeecake, which seemed just wrong. I knew the only way to truly communicate the unique deliciousness of this cake was to make it myself. Only, I didn’t have my late grandmother’s recipe. No one in my family did.

The thing about this cake is that it’s only made in this specific area of Texas, in the triad towns of Serbin, Winchester, and Warda. If you ask for any granny’s coffeecake around those parts, you will likely get a pastry featuring a creamy cheese topping—close to a cheese kolache topping but still not quite.

“It’s funny; you go to [parts of] Germany where they still speak the Wendish language and they have no idea what this cake is,” Texas Wendish Heritage Museum docent Marian Wiederhold says. Asking for käsekuchen (cheesecake) in Germany will get you a New York-style cheesecake. But asking for käsekuchen in these particular 300 square miles of Central Texas will get you a cake with yeast dough and a cottage cheese topping. “Even my husband who grew up in [nearby] Dime Box had never heard of cheese coffeecake,” Wiederhold adds. “Somehow or another, this cake evolved right here in this area.”

And no, it can’t be bought in a bakery. This is a granny’s kitchen special, one I suspected was made by feel—not by recipe. So I did what any good millennial would do: I Googled it. There were a few results, but nothing close to what I was familiar with.

That led me to search through church cookbooks. I grew up going to the Winchester church of St. Michael’s, where most of my childhood memories revolve around the barbecued chicken and noodles served at church fundraisers where these cookbooks—compiled by area elders—were sold.

I found one such cookbook from 2004. It contained recipe after recipe for coffeecake with cottage cheese in the topping, including a Wendish coffeecake from a woman who shared my grandmother’s maiden name. Bingo.

Except, not bingo. I made the cake, and it was okay. The dough tasted close enough—it had the yeast, not too sweet, dense without being bready—but the topping was all wrong. There was a specific something that was missing. A note at the bottom of the recipe stated: “Try as I might, I can never get it to taste like my mother’s.”

I called Dorothy Loewe, who submitted the recipe, and she told me her mother evolved it from her weekly bread-making. She would knead bread dough, pull off a hunk to sweeten, and add the topping for a dessert. I also called Alice Wilson and Mary Ann Prellop, both winners of the coffeecake bake-offs at the annual Wendish Fest in Serbin. They said they also found their recipes by scouring church cookbooks. Take a dough recipe here, a topping recipe there, add a couple of tweaks and modern flairs, and you’ve got a winner. They’re happy to share their recipes, they told me, but they’re not exact.

“I don’t even measure anymore,” Wilson says, further confirming my suspicion that everyone has a recipe but no one actually uses one. “You just get a feel for it.” It’s a tradition around these parts that everyone has to work up their preferred coffeecake recipe, and it looked like I would be no exception.

But Wiederhold eventually came to the rescue. After I contacted her, she found my granny’s recipe tucked away in her personal copy of the 1987 St. Michael’s Winchester Church cookbook. It was a cheese coffeecake recipe from Mildred Kilian herself.

When I pulled it out of the oven, my eyes watered at the sight of it. Biting into it prompted a scream of recognition. I sent pictures to my brother who used to love the cake so much he would even eat it stale. He made me promise to make it the next time I came home. And of course, I’ll be making it for my in-laws as soon as I can get to Maryland. My version of the cake is close, but requires some tweaks. Try as I might, I still can’t get it to taste just like Granny’s.

To make the dough, mix dry ingredients, then add shortening. Add milk and yeast. Knead and let rise 1-2 hours. Punch down and fold over three or four times. Flatten to two cookie sheets. Prick with fork all over. To make the custard topping, mix cream cheese and powdered sugar. Add eggs, fl our, lemon, and vanilla, and mix. Add cottage cheese and mix. Cook custard over low heat or in a double boiler until it begins to thicken. Spread over dough. Add sugar to the topping to taste. Bake at 325 F for 20-25 minutes.