Where to Celebrate Cinco de Mayo Across Texas

Written by Sarah Thurmond | Updated: May 4, 2021 | Filed Under: CultureTravel News 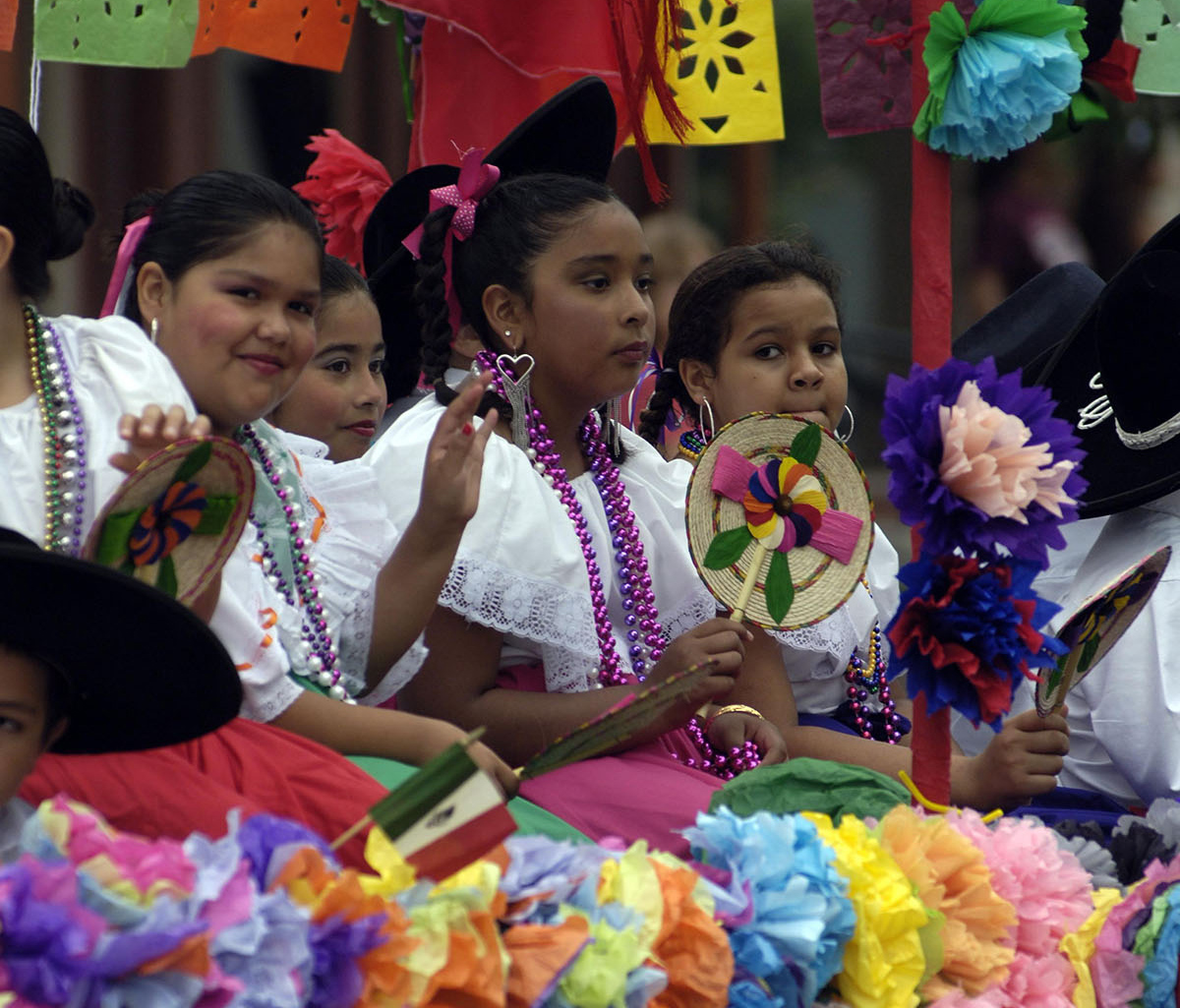 Children dress in traditional costumes for a Cinco de Mayo event in San Marcos. Photo by Kevin B. Stillman.

While it’s not a major holiday in Mexico, Cinco de Mayo has become a widely celebrated occasion across the United States, especially in Texas. The holiday commemorates the Mexican army’s victory over France on May 5, 1862, at the Battle of Puebla during the Franco-Mexican War. Despite the common misconception, it is not a celebration of Mexican Independence Day. That holiday takes place on Sept. 16 and honors Mexico’s war with Spain.

Cinco de Mayo festivities typically celebrate Mexican culture and include indulging in margaritas and taco tastings and enjoying mariachi bands and salsa dancing—perhaps that’s why we love celebrating the day so much? Here’s where to say salud around the state.

Arlington
Texas Live!, the dining and entertainment complex near the Texas Rangers Globe Life Field, rings in the holiday with a free salsa class, music, tequila cocktail specials, a grito (a traditional Mariachi yell) contest, and a prize raffle.

Hear some of Selena’s greatest hits at a Selena tribute concert featuring Jennifer Fuentes, who brings Latin, pop, jazz, blues, and Motown classics to the stage.

Little Woodrow’s Burnet is hosting a queso cookoff for anyone wanting to flex those cheesy skills. Drop off your queso by 5 p.m. for judging and sample some of the best melted-cheese dips in the area.

Burleson
Looking for an alternative to margaritas? Lost Oak Winery’s Cinco celebration has wine-a-ritas, plus live music and a taco food truck on site. Guests are welcome to bring their own food and drink, but outside alcohol is not allowed.

Dallas
The Lites Dallas, a community of women motorcyclists, is hosting Cinco de Mayo Bike Night at The Cottage, the oldest biker bar in Dallas. The evening kicks off at 6 p.m. and includes a bike wash, tacos, michelada and margarita specials, live music, vendors, and a raffle.

Irving
The Toyota Music Factory celebrates Cinco de Mayo with a free concert by DFW-based Fusión Latina, a group that plays a mix of salsa, Top 40, merengue, and other Spanish-influenced music styles. There is also a taco-eating contest, a Latin market, a mariachi band, and folklórico dancing.

Houston
Kids can enjoy the fun at the Woodlands Children’s Museum with the Mini Masterminds: Colorful Mexico event, full of vibrant Mexican displays from 10 a.m. to noon. There’s also a special storybook reading of “Cinco de Mouse-O!” that takes kids on a Cinco de Mayo adventure.

Pasadena
Celebrate without leaving your car at this Drive-Thru Fiesta that goes by the tagline “No Time to Siesta, It’s Time to Fiesta!” Enjoy music, free food, Jarritos fruit-flavored sodas, and giveaways.

Seabrook
Houston’s top Selena tribute act, Monica’s Bidi Bidi Tribute, performs all of your favorite tunes by the iconic singer at this concert.

Jefferson
Raise a glass for all things margarita at the Margarita March. Hosted at EmBear’s Vintage, this event kicks at 11 a.m. and includes live music, discounts, shopping, and plenty of ’ritas.

Lockhart
The 11th annual Cinco de Mayo 5K/10K race winds through downtown Lockhart, with all proceeds funding scholarships for local high school graduates. Both the 5K and 10K are chip-timed, and there is a competitive walk as well.

New Braunfels
Run through the beautiful streets of New Braunfels for the Cinco de Mayo 5K. The race starts and finishes in Cypress Bend Park and awards winning participants in numerous categories.

Texas City
Show off your cooking skills or just indulge in the steaks, fajitas, beans, and margarita cookoffs at the Southern Texas Steak Showdown and Cinco de Mayo Festival. Enjoy the music, vendors, food trucks, a car show, and kids’ activities while you feast.