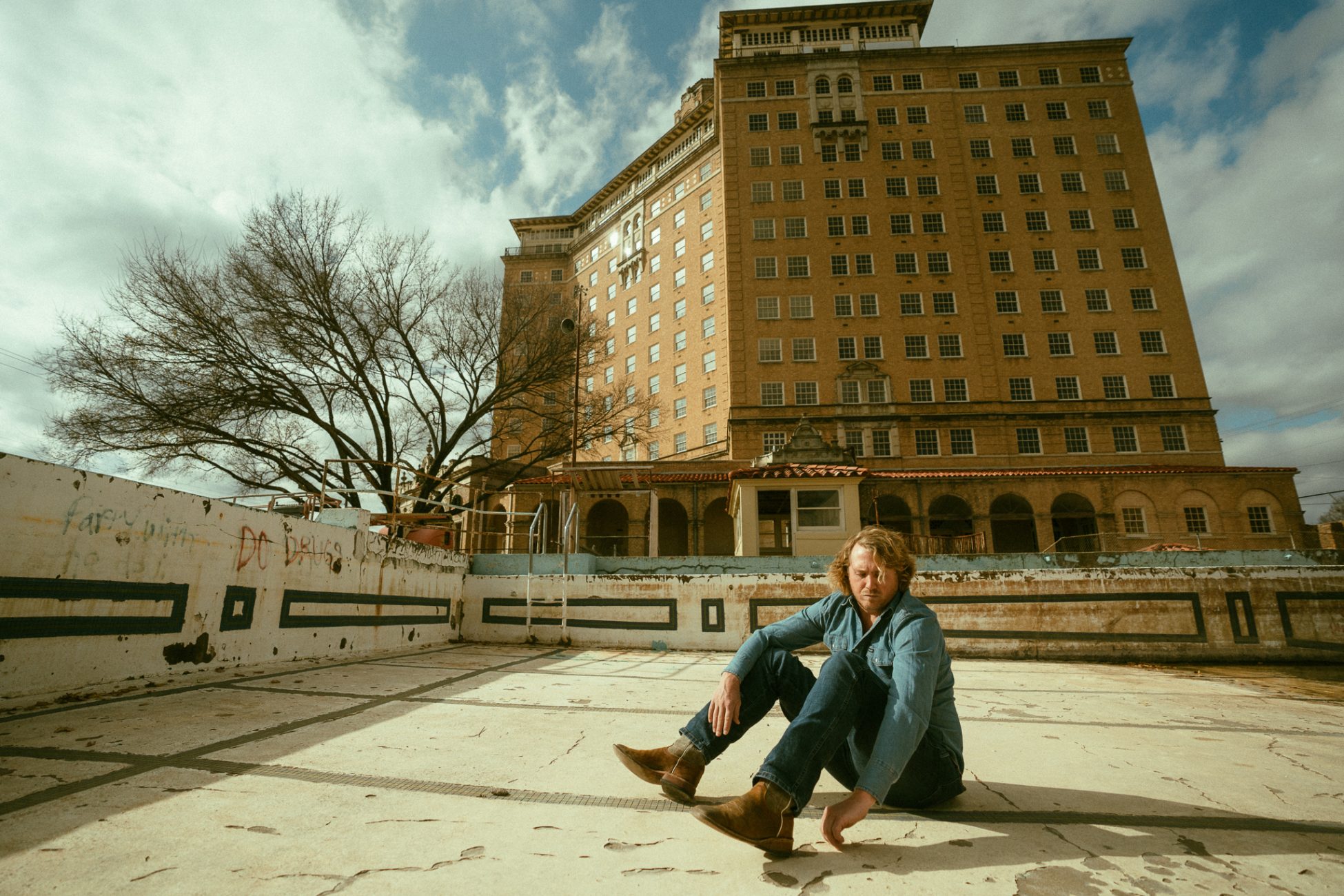 Even though singer-songwriter William Clark Green now calls the big city of Fort Worth home, his upbringing in rural East Texas fosters a connection with the people and places of small-town Texas. His music often draws inspiration from the towns where he has roots, like Lubbock, Eastland, and the Tyler and the Beaumont areas. His sixth and latest album, Baker Hotel, follows suit. The record, released in late March, is named for the historic Baker Hotel in Mineral Wells, once a popular health resort. Green recorded the video for the album’s title track within the structure. The song and video tell the story of a young teenage boy daring himself to climb the spooky abandoned hotel’s 14 stories. Built in 1929, the 14-story Spanish Colonial building has sat vacant for 50 years. Now, developers are working on a renovation with plans to reopen the hotel in 2024.

TH: How does Baker Hotel relate to your previous albums?

WCG: I write folk songs and country songs and rock songs on every record—that’s what I love about music, being unique and not being pigeonholed. On almost every album, the title track is about a Texas town. Each one is like a chapter, so they’re all kind of different. I had heard rumors that they were rebuilding the Baker Hotel in Mineral Wells, and I realized how many people I knew had stories about the hotel and about breaking in and trying to get to the top. The hotel being remodeled has brought so much life and energy to the town. It’s been really cool to be a part of it.

TH: What other towns have inspired your music?

WCG: I was born in Flint and spent the first half of my life there. It’s next to Tyler, which has a rose festival. I wrote “Rose Queen” for my dad, because he would always say, “Don’t go dating the Rose Queen, son, because I promise you can’t afford her.”

“Misunderstood” is about Lubbock, where I went to college, and “Ringling Road” is about Eastland. My maternal grandfather was born and raised on the family farm there, and my grandparents retired there, so I spent a lot of time there. After their passing, I kind of carried the torch. Back in the ’20s, during the oil boom, the Ringling Brothers bought 300 acres and were going to build an amusement park in Eastland because they thought it was going to be the biggest city in Texas. Then the oil boom went bust.

My father’s family came over from Abbeville, Louisiana, and built the first rice mill in Texas in Beaumont. We have a family ranch in the middle of a swamp between Winnie and Port Arthur on Highway 73 that’s been in our family since 1869. Any ground with elevation out there turns into an island when it floods. “Hebert Island” is named for the island where I go duck hunting and pretend I’m Cajun for the weekend.

TH: Where are some of your favorite places to perform?

WCG: I’ve got my top venues, which include Gruene Hall and Cheatham Street, where I recorded live albums, plus Billy Bob’s and other staple Texas venues. There are a handful of shows I look forward to the most every year, and one is Cotton Fest, which is the festival that I do in Lubbock. This will be our fourth year [April 21–23]. The first year, it was a huge success, with about 6,000 people. The next year we added on a second night, and then we started the High Cotton Relief Fund, a fundraising event on Thursday night, to give back to the community and help the families of cotton farmers. For example, if a farmer dies or is hospitalized during stripping season, all his neighbors will strip his cotton for him, but we’ll bring a diesel truck and fill everybody’s tractors up with diesel. We helped out with the fires in Eastland, and currently we’re helping out with the fires just north of Canadian.

TH: What’s next for you?

WCG: I’m partnering with musician Larry Joe Taylor and his son Zack to put together a benefit concert in downtown Carbon called Fire Relief Fest to help raise money for the volunteer fire departments and for housing victims. And my next album, the third live one, will be coming out soon. It was recorded in the lobby of the Baker Hotel. This music is the legacy I want to leave behind—it’s about being creative and getting these towns involved and giving them something to be proud of.