With Fans Like Barack Obama and Beyoncé, Deborah Roberts Opens a New Exhibition in Her Hometown of Austin 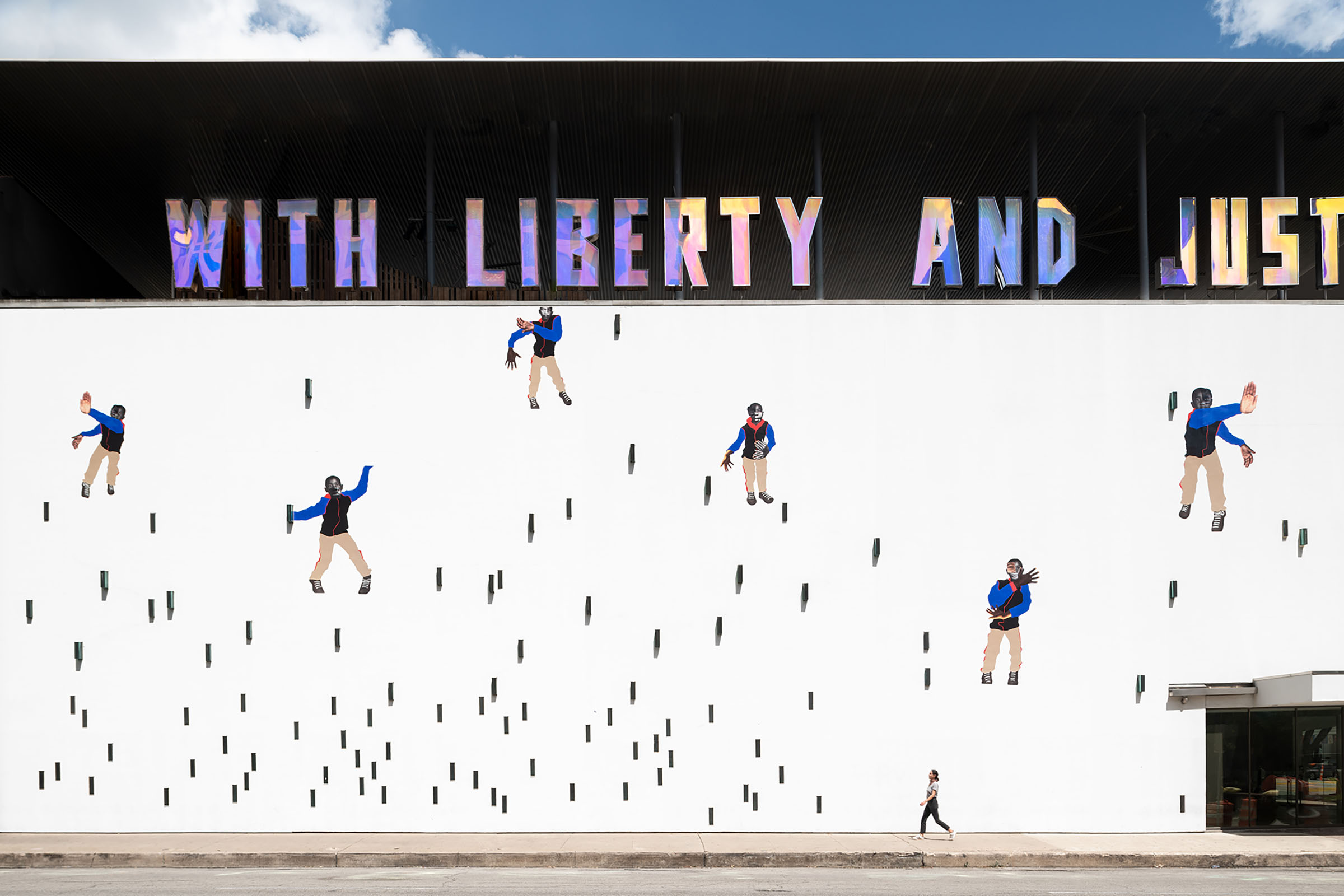 Born and reared in Austin, Deborah Roberts started to gain attention when her mixed-media collages were shown to great acclaim in New York City in 2017. Since then, her work has been exhibited as far afield as Los Angeles and London, and has been acquired by museums and high-profile collectors including the Whitney Museum of American Art, San Francisco Museum of Modern Art, former President Barack Obama, and Beyoncé.

From Jan. 23 to Aug. 15, Roberts will be the first Austin artist to have a solo exhibition at the capital city’s downtown modern-art museum The Contemporary Austin. It also marks her first solo exhibition at a major museum. Intriguingly titled Deborah Roberts: I’m, the exhibition showcases a selection of new works, which primarily feature Black children, their faces and bodies pieced together from fragments drawn from found photographic images and other popular media sources. These visually arresting images raise important questions about race, identity, and beauty.

Here, Roberts gives us the lowdown on her upcoming exhibition, her medium of choice, and why she thinks her artwork resonates with audiences.

What’s it like to have your first solo exhibition in Texas in your hometown?

It’s kind of like the victory lap when you get recognition at home. I didn’t have any real success until after my breakout show in New York. And now I have the opportunity to show the work here, and it will show other artists who live in Austin that this is not the glass ceiling, this is just one of the steps that create larger pathways to success.

You created a mural on the side of the Contemporary Austin building at Seventh Street and Congress Avenue. What were some of the ideas behind the Little man, little man mural?

The title references a book by James Baldwin, but it’s not based on his book. It’s about the idea of this kid who travels on this wall freely. I wanted him to be not just on the wall but a part of the fabric of that building and part of the structure of society. He wears a hoodie, and once he pulls that hood on his head, he’s then criminalized by society. One gesture that could cost you your life. That’s what the whole idea of the mural is about. It’s to expand on that idea of letting children be children, no matter what color they are. Hopefully people will look at the mural and want to go inside to explore the show, and then come away having seen some amazing art and questioning their own place when it comes to race and beauty and gender.

Who are some artists that influence your work?

I am a huge fan of Romare Bearden’s work. I love Hannah Höch, Kurt Schwitters, Benny Andrews, Wangechi Mutu. We are all beneficiaries of the artists who have come before us, whether we know it or not. They developed the language, and we’re now just adding to that script. There are so many artists who have had some hand in my progress as an artist. I’m really fortunate that I’ve been able to add my mark to that.

How do you use collage to convey your artistic message?

The multiplicity of collage helps me to talk about the issues of race and gender and classism and what it is to be a Black person in America. But I’m moving away from allowing people to know who’s in what work because I think sometimes people get caught up in like “that’s Rhianna’s eye” or “that’s Obama’s hand.” American history, pop culture, Black culture, and art history are very important to me in the process of creating these collages, where all those things merge together at one time.

Why do you think your work has resonated with so many in recent years?

When I’m talking about race and gender and classism, I think that people can accept the way that the work looks because it’s told through the eyes of children. There are a lot of hidden messages in the work, and subtle things that you need to unpack and try to see. When you see that one face is a multiple of faces, you discover that person’s humanity. And we all want to be considered as human.