Big Time in the Big Thicket 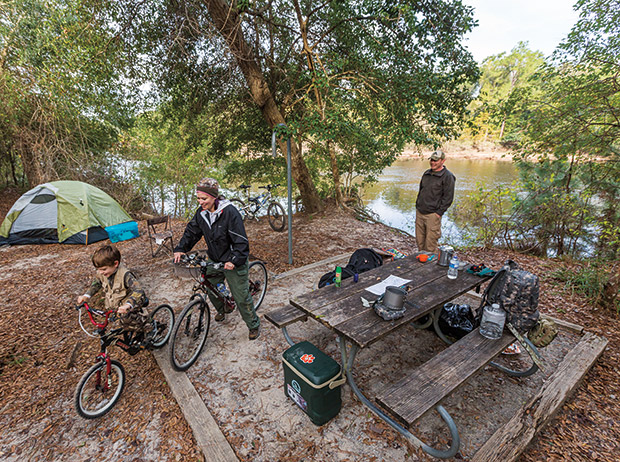 Sunshine beams down through the limbs of soaring bald cypress trees as though the light has been filtered by the stained glass of a grand European cathedral. Then I hear the bark-like chuckle of a pileated woodpecker. Two swift knocks follow from a nearby tree, and I raise my binoculars expectantly to scan the canopy for a positive identification.

Still, because I am exploring the Big Thicket National Preserve, a part of me wants to be wrong about this pileated; the Big Thicket, which comprises more than 112,000 acres in seven East Texas counties, was one of the last known haunts of the ivory-billed woodpecker, formerly North America’s largest woodpecker. Today, the bird is believed by many to be extinct.

There are other woodpeckers and plenty of wildlife to be found in the Big Thicket. With 15 parcels spanning sandy-soiled pine forests, swampy oxbow lakes, and jungle-like groves of palmetto, it is a woodsy haven for hikers, paddlers, and eco-enthusiasts as well. Birders are drawn by specialty species such as the endangered red-cockaded woodpecker, one of an estimated 185 bird species found in the area. But the last ivory-bill in Texas was reportedly spotted by ornithologist John Dennis in 1968. Even so, occasional rumors of living ivory-bills do emerge from Arkansas and Louisiana, and with its remarkable 32-inch wingspan and quasi-mythical significance, I cannot resist hoping for a miracle sighting.

Dennis, who died in 2002, suffered miserable slings and arrows half a century ago when ivory-bill skeptics caught wind of his claim. I am spared that fate once I confirm that I have indeed spotted a pileated—a striking crow-sized bird that some say was the model for the 1940s cartoon Woody Woodpecker.

The fact that Dennis’ woodpecker sighting was never certified did not stop a loyal group of East Texas nature-lovers from ultimately convincing the U.S. Congress to protect the Big Thicket. As early as the 1920s, local activists realized that logging and petroleum development were wreaking havoc across the Big Thicket, a regional wilderness that scientists estimate originally covered 3.5 million acres. Thanks to those early Texas activists, the preserve is now a unit of the National Park Service. Cut down to size by industry and settlements, the Big Thicket remains one of the nation’s most diverse ecosystems—a zone where plants and animals still thrive in such abundance that these pockets have been nicknamed “America’s Ark.” As part of the National Park Service 2016 centennial, Big Thicket National Preserve has launched a series of commemorative activities such as a photo contest and ranger-led outdoor programs, including night hikes and exploration into remote areas of the preserve.

“Our goal is to create the next generation of advocates,” explains Ranger Josh Stringer. Stringer is especially excited about the opportunity for kids to take part in the yearlong “Centennial Forest” program, which will help to restore bug- and hurricane-damaged woodlands by planting 100,000 longleaf pine seedlings in the winter and fall. “The core of our visitation is local, but it’s a great opportunity to show everyone the resource and why it’s important.”

Stringer spoke to me at the Big Thicket Visitor Center, located about eight miles north of Kountze. With its comprehensive museum-quality science displays, hands-on kids area, and racks of field guides, the center should be the first stop for newcomers—whether they come from across the state or around the world. (The guest register includes entries from as far away as Norway and Ireland.)

The knowledgeable park staff members can orient visitors to the 15 discrete units of the Big Thicket. The late Big Thicket activist and former Texas Highways contributor Howard Peacock described these as “a freewheeling version of Rorschach blotches,” and sorting out an itinerary can be daunting. There are protected corridors stretching along Village Creek and the Neches River that show off remnant old-growth cypress trees and are best explored by canoe or kayak, and more than 40 miles of hiking trails that span nine biological zones. Visitors can spend days traversing longleaf pine uplands, which once covered 90 million acres nationwide, or wander swampy stands of cypress and bogs of pitcher plants and bladderworts, two of the four types of bug-eating plants found in the Thicket.

“To me, what’s distinctive about the Big Thicket is that it’s not about the grand, scenic views,” explains veteran Ranger Mary Kay Manning, who I find behind the Visitor Center desk. “It’s really about the biodiversity. We are under two migratory flyways, which make the area really popular with birders, especially during the spring migration. There’s an incredible diversity of mushrooms and other fungi, in all sorts of shapes and colors. You need to go slow and look for all the little things. And the thing I tell people every day is that we are spread out.” 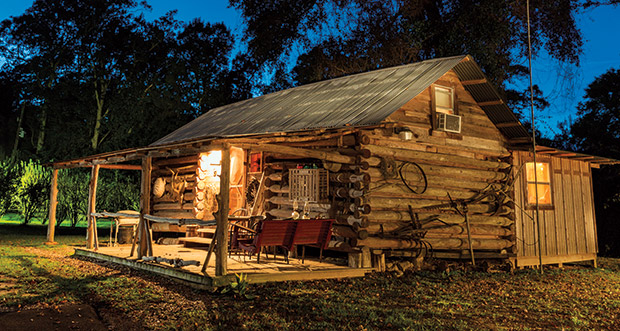 Another difference between the Big Thicket and many other national parks, including its better-known western cousin Big Bend National Park, is that Big Thicket has no central campground or shop for general supplies. In turn, camping requires a backcountry permit (available at the Visitor Center), which can be used by paddlers or backpackers. Campers can also choose to drive an extra few miles to either scenic Martin Dies Jr. State Park or Village Creek State Park, which sandwich the preserve north and south, respectively, and share many of its charms.

In addition, it’s best to pack any supplies you need before heading for the Big Thicket, though the nearby towns of Kountze, Silsbee, and Woodville—not to mention the city of Beaumont—have shops, groceries, and a selection of restaurants. On the fly, I pick up a quick and tasty burger at the Gunslinger’s Grill in Silsbee, a roadside alternative to the ubiquitous franchise establishments, and then hit the trails again.

I double back to reach Sundew Trail—tucked into the Hickory Creek Savannah Unit a few miles northwest of the Visitor Center—before sundown, eager to see some of the carnivorous plants that draw so many people to the Big Thicket. There are five bug-eating plants indigenous to North America, and four of them are native to this region of East Texas. But when I get to the trail, which is named for a low-to-the-ground flora that traps ants and small flies with a sticky fluid, the namesake sundew flowers are not in bloom. Instead, I satisfy my mordant curiosity by counting pitcher plants along the one-third mile inner loop. These strange organisms resemble upright jack-in-the-pulpits and trap insects drawn by sweet nectar inside their waxy flutes.

Next, I make my way to the Ethridge Farm Bed & Breakfast outside Kountze for the night. Ann Ethridge bought the property with her husband in 1974, right around the time the park was established. They eventually built several cabins amid the citrus trees they had planted, and opened to the public about a decade ago. My roomy cabin on Mayhaw Ridge has a plush, king-size bed, and it’s a real pleasure to wash away the day’s accumulated grime in the private outdoor shower. While sitting on the front porch, I enjoy the cool breeze but find clouds have obscured the would-be starry night, so I focus on my plans for a morning canoe trip.

With my belly full of biscuits and gravy, I meet longtime outfitter Perry Humphrey, proprietor of Eastex Ca-noe Trails, who delivers me to Village Creek. I paddle down the languid stream and around Baby Galvez Island, a wooded pocket that splits the river channel about 10 miles north of Village Creek State Park. In summer, the area gets pretty crowded, but on this quiet autumn day, I have the river pretty much to myself. A startled family of wood ducks, colorful waterfowl that prefer hardwood forests and nest in tree cavities, raises a chorus of whistles. Too soon I discover the takeout.

As I wrap up my stopover, there is no doubt that the Big Thicket has much left to show me. But as both Ethridge and Humphrey pointed out to me independently, those old-time Texans who fought for the protection of the state’s world-class woodlands recognized that this tangled, snarled, swampy landscape was irreplaceable. Even after the loss of the red wolf, the black bear, and especially the ivory-billed woodpecker—once common creatures that have been extirpated from the Big Thicket—there is a true sense of wonder to be found in these dark woods.