The Daytripper Drives a World War II Tank in Uvalde 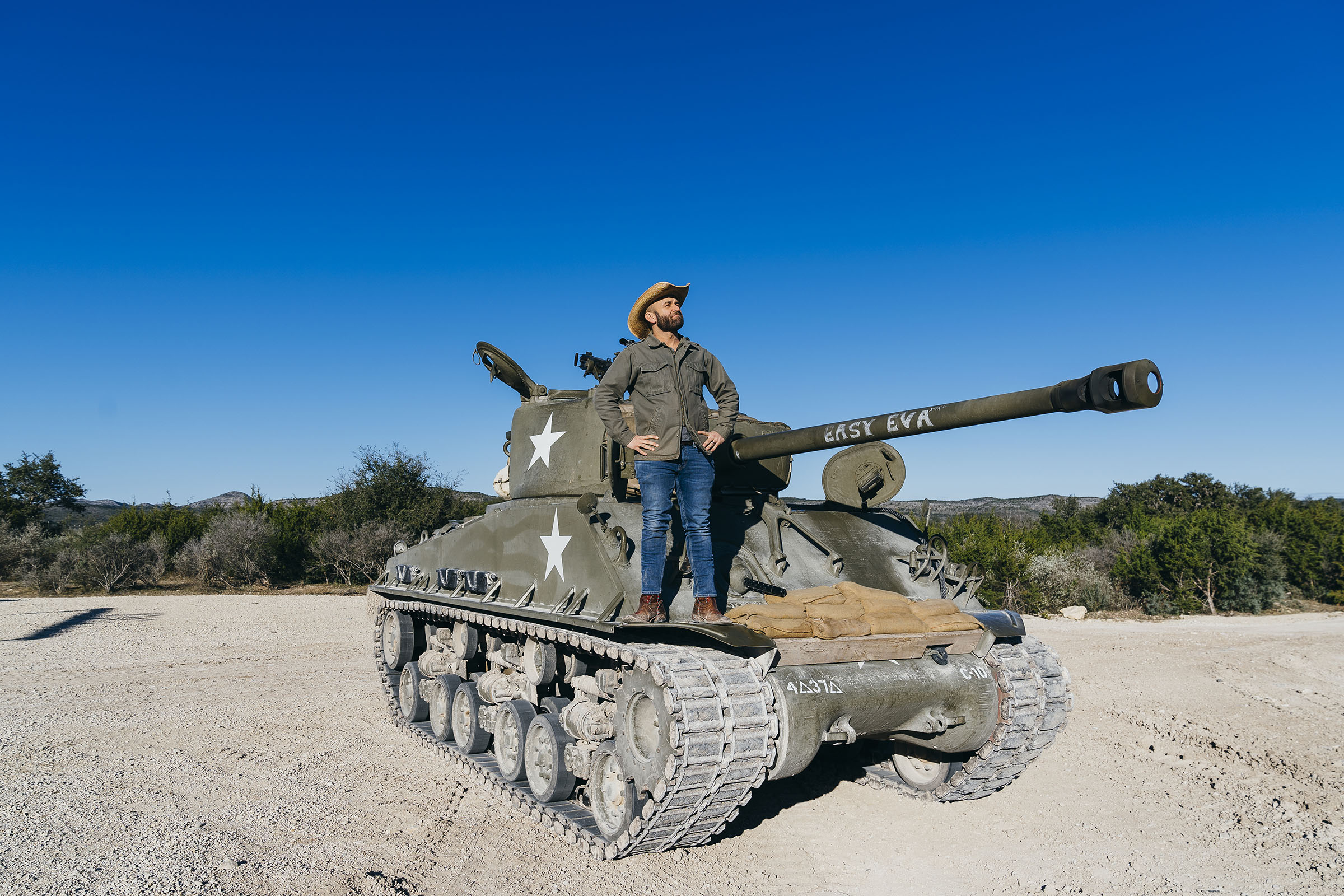 At the crossroads where the Hill Country meets South Texas sits a charming town with a history deeper than its swimming holes. Uvalde boasts one of the most beautiful and underrated rivers in Texas—the Nueces. You could spend a whole day floating in the clear stream, but the town also offers nonaquatic amusements that introduce visitors to the influential history of the area.

Despite its small population, this town lays claim to two political behemoths: Dolph Briscoe and John Nance Garner. Briscoe was a rancher and banker before being elected Texas’ 41st governor in 1973. Garner was a lawyer and judge turned speaker of the U.S. House and vice president in the 1930s. They share a museum in Garner’s home that is filled with artifacts and stories from their rises to prominence and times in office. Learn how Garner, aka “Cactus Jack,” went from living in a log cabin to occupying the second-highest office in the land. His political savvy, grizzled personality, and perpetual cigar were characteristics only Texas could dream up. Briscoe was more reserved; he let his love for art and education do the talking.

If you’re looking for authentic tastes from the streets of Mexico, this is your stop. The restaurant serves gorditas—fried masa pockets that can be stuffed with everything from steak ranchero to mollejas, cow thymus gland or pancreas. While you may be apprehensive to try the “sweetbreads,” let me assure you that they’re delicious and go down extra well with guacamole and hot sauce.

While you could head north to the famous state park bearing Garner’s name, there is a much closer piece of heaven on the Nueces River just outside of Uvalde. This private park sits below a giant rock face with a mile of river access. It’s the perfect place to swim, snorkel, kayak, or feed the resident animals, including zebras, ostriches, and camels.

This site at Ox Ranch may be the only place in the world where visitors can drive a World War II Sherman tank and fire rounds into the side of a hill. The owners preserve an armory of historic tanks, artillery, and guns on display. Interacting with the tanks up-close is a once-in-a-lifetime experience, and it gave me a new appreciation for what life is like on the battlefield.

Walking into this eatery feels like entering a trendy urban pizza joint. But it’s not a city-slicker’s creation; a group of locals started the artisan pizza restaurant, with an extensive craft beer list and delicious cocktails, which was unlike anything Uvalde had seen. It sits inside a renovated industrial building just blocks from the historic downtown. Grab a seat on one of their outdoor patios and order some Parmesan-garlic chicken wings or an El Chupacabra pizza with mozzarella, pulled pork, onions, jalapeños, habanero cream, barbecue sauce, and cilantro.