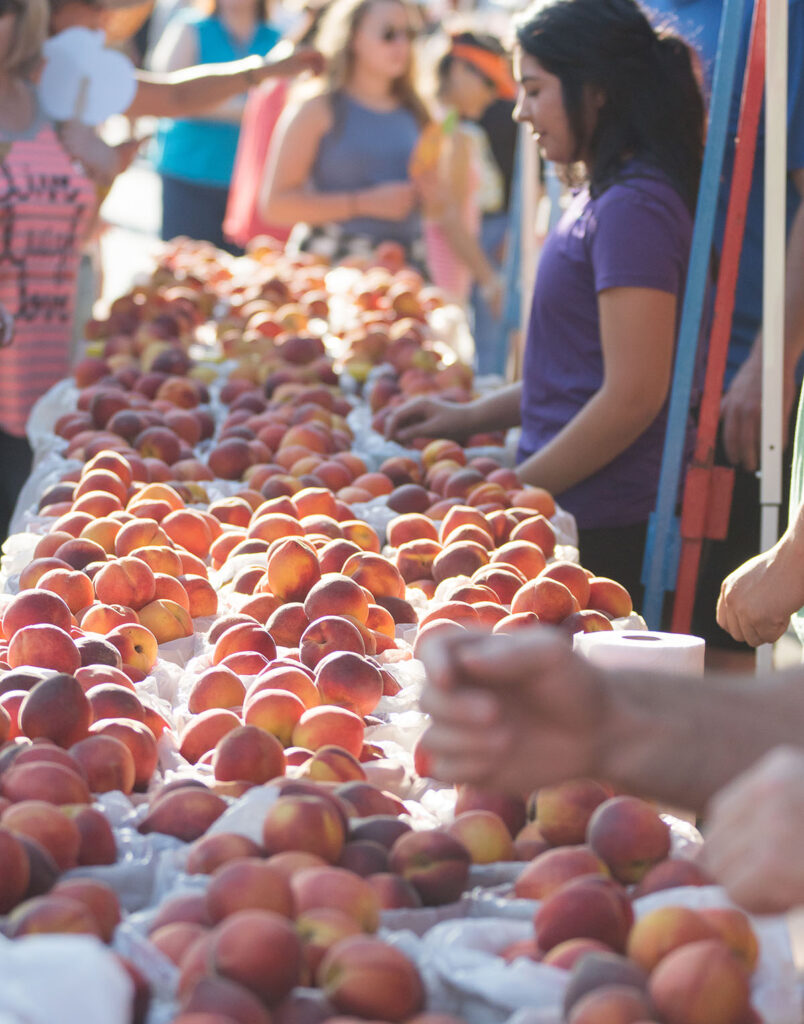 Stroll through Weatherford’s downtown square on the second weekend in July, and you’ll notice things are quite peachy. Crowds of people make their way through the streets, shopping from local vendors selling bushels and baskets of the fresh fruit and peach-themed merchandise. By midmorning, there’s already a line for Couts Methodist Church’s homemade peach ice cream, and festivalgoers are strategizing the best approach for sampling all the peachy treats.

Held annually on the second Saturday in July, the Parker County Peach Festival is the crown jewel of the area west of Tarrant County. Growers show off their bountiful harvests while enthusiasts revel in all things peach. More than 60,000 people attended the event in 2019, the last time the daylong festival was held. (Due to COVID-19, the Weatherford Chamber of Commerce, host of the festival, shifted last year’s event to a weeklong celebration with smaller activities around town.)

This year, the 36th annual event is back at the downtown square, and the town is ready to celebrate once again. Fortunately, winter storm Uri had little negative impact on this year’s peach crop, says Jay Kingston, the county extension agent for Agriculture and Natural Resources at Texas A&M AgriLife Extension Service in Weatherford.

“The trees weren’t very far along in bud formation, and the fact that we had some moisture with the freezing temperatures helps protect them some,” he says. “If the storm would have come a few weeks later then it would be a whole different story. The low temperatures provided some much-needed chill hours which helped with a stronger fruit set.”

Hutton Peach Farm, which provides much of the county’s peach supply with its 3,500 peach trees, is ready. The farm’s peach crop is thriving and much of it will be on sale at the festival and the Weatherford Farmers Market.

Peach-picking at the farm began in mid-May this year and will continue into September, but July and August will yield the biggest peaches, according to Jay Hutton, a third-generation peach farmer. “Several that come off in July will average a pound each,” he says. (The average medium peach typically weighs 5 to 8 ounces.)

Parker County’s history with the juicy fruit goes back to the early 20th century when the first peach trees were planted in the area. By 1910, there were almost 144,000 fruit trees in the county, most of them peach. The first peach festival occurred in 1985, and by 1991, the state legislature had named Weatherford the official Peach Capital of Texas in honor of the quality and size of the peaches and bountiful harvests. 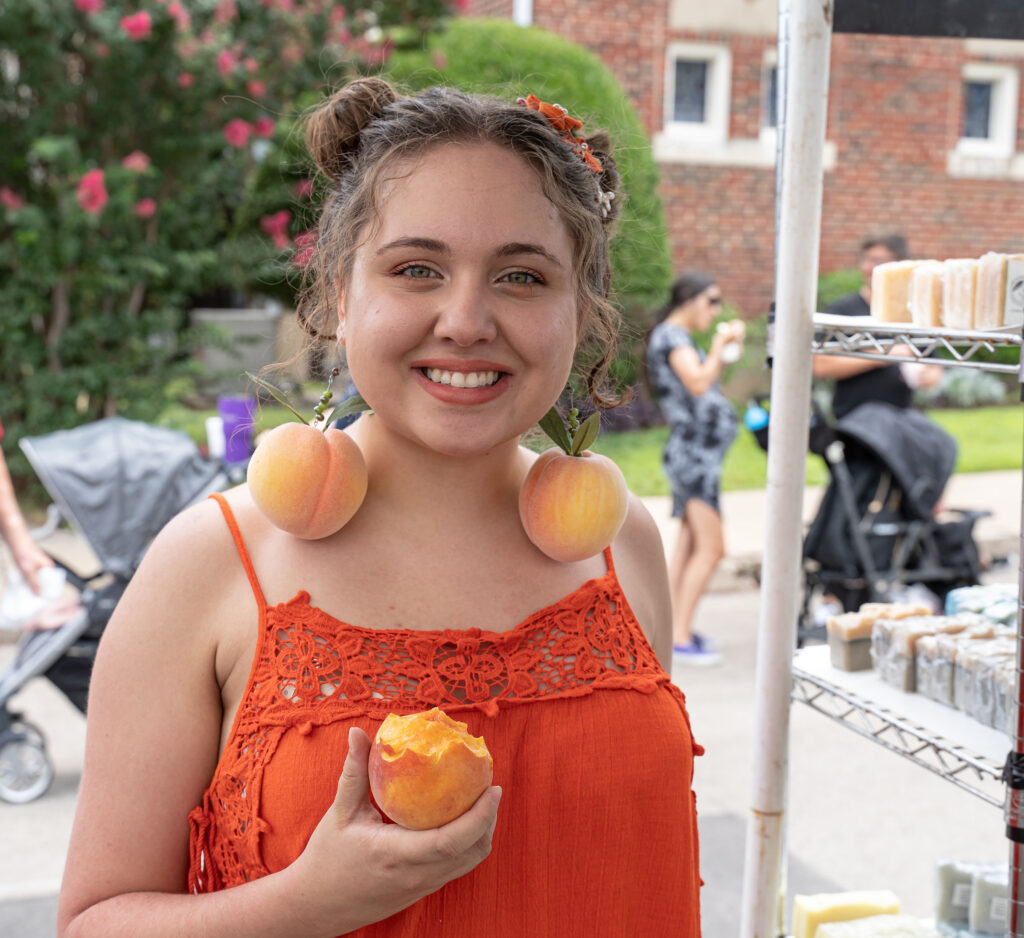 Numerous eateries across town participate, giving visitors options outside of the festival itself. Expect to find Sweet Emilia’s, a sweet shop in town, serving up peach gelato and sorbet, peach fudge (with and without chunks of peaches), peach popsicles, and peach popcorn. “Right now, the gelato and sorbet are going pretty fast,” says Abigail Authier, who works at Sweet Emilia’s.

This year’s Parker County Peach Festival takes place July 10 from 8 a.m. to 4 p.m. in downtown Weatherford, but establishments throughout the town will be bursting with peach pride for hours after the festival ends.