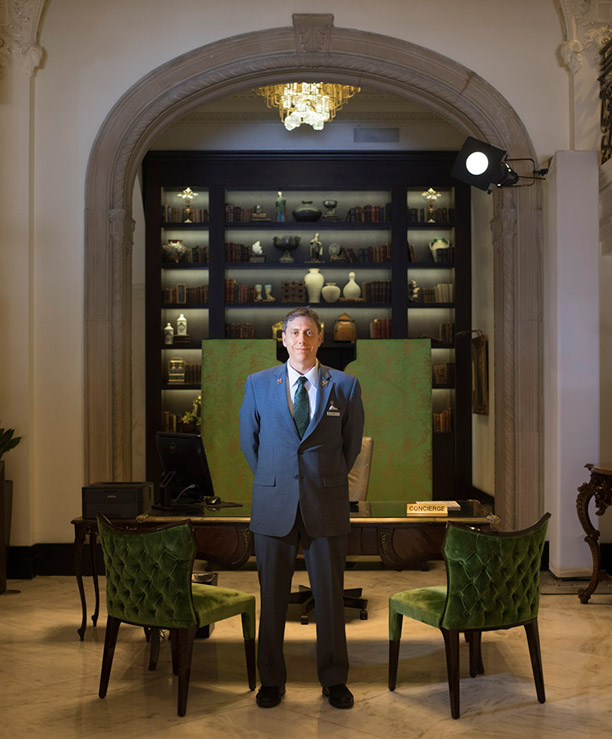 On any given day, Mary Stamm performs minor (and not so minor) miracles in Dallas. Working as a concierge at the Rosewood Mansion on Turtle Creek, that’s her job—and it’s never dull. In her three decades at the Mansion, she has guided guests to restaurants, museums, and other points of interest in Dallas and beyond, and she has some special tales to tell, too—though she’ll never name names.

Andrew’s favorite art attractions include artist Tony Tasset’s 30-foot-tall Eye sculpture, which sits in a green space across the street from the hotel’s main entrance, as well as the funky Dallas Contemporary gallery. For dinner, he recommends taking one of the Joule’s house cars to Hibiscus and Victor Tangos, two restaurants in the nearby Knox-Henderson neighborhood; for after-dinner cocktails, he suggests the hotel’s basement bar, Midnight Rambler.

A fan of the local art scene, Mary suggests visiting the Dallas Museum of Art, the Nasher Sculpture Center, the Crow Collection of Asian Art, the Perot Museum of Nature and Science, and the outdoor spaces in Klyde Warren Park.

For art and culture, Jeffrey sends guests to the McNay Art Museum and to the San Antonio Museum of Art; he is inspired by all of the missions but particularly by Mission Espada. For guests who want a one-of-a-kind souvenir of San Antonio, he suggests they make a reservation to visit Garcia Art Glass, which can create custom artworks.

For culture, Osman says the Rothko Chapel offers tranquility in the hubbub of the nation’s fourth-largest city; for a completely different art experience, he suggests a visit to the Beer Can House, a testament to folk art and ingenuity. He sends guests interested in nature to the Houston Arboretum & Nature Center, and for food and drink, he likes Masraff’s for its commitment to local nonprofits, and Karbach Brewing Co. for craft beer, tours, and tastings.

Steven recommends a 45-minute tour of the Texas State Capitol, and in the summer, watching the nightly bat exodus from the Congress Avenue Bridge. For food, he sends guests to Parkside for the oysters, to Launderette for the crab toasts, to Fixe for the biscuits, and to Olamaie for pretty much anything on the menu. He says that Wild About Music has great one-of-a-kind gifts, and the eclectic shops along South Congress let you take a bit of Austin home with you.

When a famous guest arrived from London late at night with a horrible toothache, Mary recruited a prominent local dentist to treat him at 2 a.m. so he could go on to his morning meeting in comfort. The king of a certain country requested—on Christmas eve—that the princess visiting the Mansion be greeted with a suite full of extravagant flower arrangements; Mary bought out a store’s entire supply of flowers and summoned a designer to create exotic floral art for the princess and her entourage.

Mary, like many of her counterparts at fine hotels throughout the nation, lives by a motto: Never, ever say no. When a major TV celebrity requests a new wardrobe from an elite department store at 3 a.m.? Yes, of course, will do. And it’s accomplished with expediency and a smile—and utter discretion. That’s the attitude that leads Mary and her concierge colleagues across the United States to membership in a prestigious society called Les Clefs d’Or.

Based in San Diego, Les Clefs d’Or (pronounced “lay clay door”) is the national organization of hotel lobby concierges. The French name translates as the golden keys, and you’ll see that emblem pinned to the members’ suit lapels. Members even attend annual meetings and educational conferences to exchange ideas and find new ways to better serve clientele. Les Clefs d’Or boasts a handful of members at upscale Texas hotels, where guests frequently arrive with extra or unusual requests. In addition to retrieving forgotten laptops from airplanes, traveling across the state to pick up a special rental car, arranging marriage proposals, and finding tickets to a sold-out concert, the successful concierge—whether a member of this prestigious organization or not—guides guests to the best restaurants, museums, and points of interest in his or her respective city.

Of course, some guests ask more of their concierge than a dinner reservation at a city’s hottest new restaurant.

Les Clefs d’Or member Osman Ikanovic has done small and extravagant favors for guests at the Four Seasons in Houston, where he first became a concierge, and at the Royal Sonesta Houston, where he’s now employed. From Saudi kings and American presidents to the businessman needing a 3 a.m. helicopter ride, Osman has figured out how to answer almost every guest’s request.

“When I helped a gentleman replace a lost engagement ring at 6 a.m. on the day of the proposal, it meant a lot to him. I would hear from him for years on his anniversary,” says Osman, who arrived in Houston 15 years ago from Bosnia and learned English as he explored the sights and attractions in his new city. When a fellow concierge in Paris sent a guest to Osman’s care in Houston, Osman felt comfortable recommending restaurants because he had personally visited each one.

Osman recalls the guest who asked the concierge to find someone to catalog his art collection for him. “It wasn’t an easy task to organize, but he trusted me. Guests will come back again because of this level of service. They know me by name and know they can ask for my help.”

Each seasoned concierge readily admits that in addition to being thoughtful and patient, resourcefulness is essential. Developing a treasure trove of helpful contacts within the city and region proves invaluable, too, for helping pull off those extraordinary and last-minute requests.

Les Clefs d’Or member Jeffrey Moon, a concierge at The St. Anthony Hotel in San Antonio, knew just who to call for a guest who wanted to pop the big question in an especially showy way. He arranged for an electronic “Will you marry me?” sign to light up the side of a downtown building at just the right moment when the couple passed it while enjoying a boat tour along the River Walk. 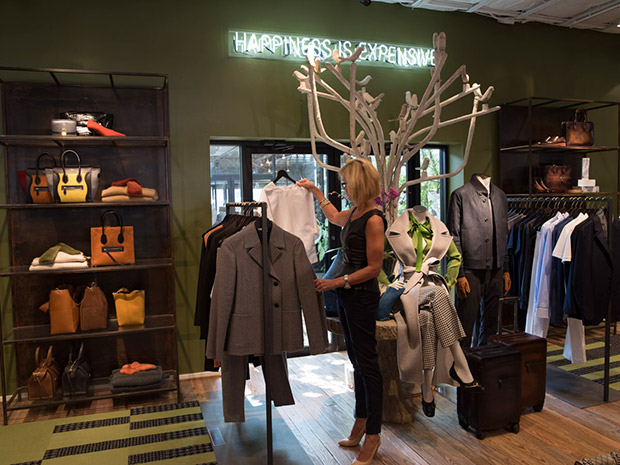 Every concierge discovers his or her own path to the job, but each typically works in the hospitality field en route to the concierge position. Most have done a good bit of traveling, and having the Les Clefs d’Or network helps, too, as each member can ask members in other cities for connections and solutions.

To succeed, the concierge requires a keen willingness to go above and beyond. Steven Leigh, head concierge at Hotel Granduca in Austin, says that the job requires diligent research on the local restaurants, museums, and cocktail scenes. Problem-solving ranks high among tasks, he notes. When a meeting group requested a last-minute mariachi band to play during a Mexican-themed business lunch, he found one. When a guest lost his ID on Sixth Street, Steven helped find it. When a guest needed a miniature donkey shipped from Austin to her farm in California, Steven spent the better part of a day making sure it was accomplished. “There are no odd requests,” Steven asserts.

The concierge must also possess compassion and understanding, perhaps tempered with a good sense of humor. Andrew Bottomley, head concierge at the Joule hotel in Dallas, has done everything from travel across the state to assist a client with a rental car issue to tie the bow ties of 14 groomsmen in a wedding party. But one of his favorite stories concerns a guest traveling with a special companion.

“Recently we had a guest who was seeing a specialist here in Dallas regarding a medical procedure. This guest was also traveling with James, one of the cutest little service dogs I had ever seen. The stay was clearly an emotional one, especially when the guest realized he was going to be required to stay the evening away from the hotel, and James would not have his caretaker,” Andrew says.

Andrew stepped up and volunteered to make sure James the dog would be taken care of. “So James and I watched Bad Boys, followed by Bad Boys II, followed by an evening of intermittent short walks and even shorter naps. When James’ owner returned the following day, everything was fine. That’s why I say this career chooses you to follow its path, because there’s such joy and reward when the guest leaves you with the words, ‘We cannot wait to come back.’”

These Texas concierges can’t imagine doing any other work. The passion for pleasing guests trumps everything else.

“We create magic, and it is an honor to do that. It is truly amazing,” says Mary Stamm.