Written by: Lois Rodriguez
Photos by: Courtesy of Battle For Texas.

Written by Lois Rodriguez, Photographs by Courtesy of Battle For Texas. | From the May 2016 issue | Updated: April 14, 2016 | Filed Under: TRAVEL 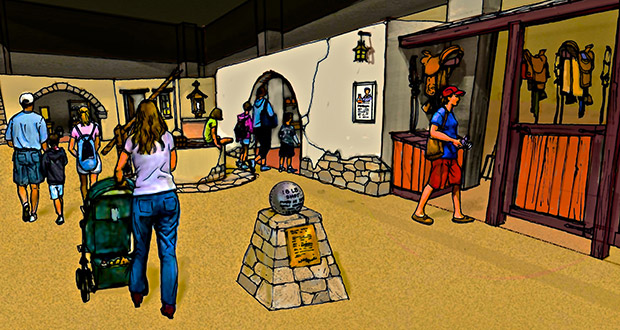 "Scene Eight – 13 Days" segment of the Battle for Texas: The Experience.

Remembering the Alamo is one thing, but a new San Antonio attraction promises visitors will get to better see what the 13-day battle was like. 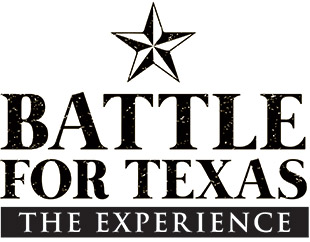 “Many of the artifacts at this attraction have either rarely or never been viewed by the public. It is the finest collection of historical Texas artifacts ever assembled for the public.”

The Battle for Texas: The Experience is at Alamo Plaza at Blum Street inside Rivercenter Mall. It is open from 10 a.m.-9 p.m. Monday through Saturday; and noon-6 p.m. on Sunday. For more information, visit www.battlefortexas.com. For tickets call 800/513-3849.

“Battle for Texas: The Experience” is in the newly renovated Rivercenter Mall on the exhibition level, where the Texas Revolution will be relived daily. Timed-entry tickets are available Monday through Friday from 10 a.m. to 9 p.m., and Sunday from Noon to 6 p.m.

“Battle for Texas: The Experience” is an 11-gallery, 22,000-square-foot space at the Shops of Rivercenter that brings life to one of the most pivotal battles in American history through multi-media re-enactments and more than 250 never-before-seen artifacts.

“Audiences will feel as if they traveled through time to this crucial point in history,” says Brian Becker, CEO of Base Entertainment, which created the attraction along with The Gold Group. “Through the sights, sounds and even smells, our guests will experience the 13 days of the siege in a personal and visceral way, just like those inside the walls.”

“It is the finest collection of historical Texas artifacts ever assembled for the public,” says attraction curator Alex McDuffie, who also is a historian and renowned curator and dealer of Alamo and Texas-related artifacts.

“Many of the artifacts at this attraction have either rarely or never been viewed by the public,” he says. 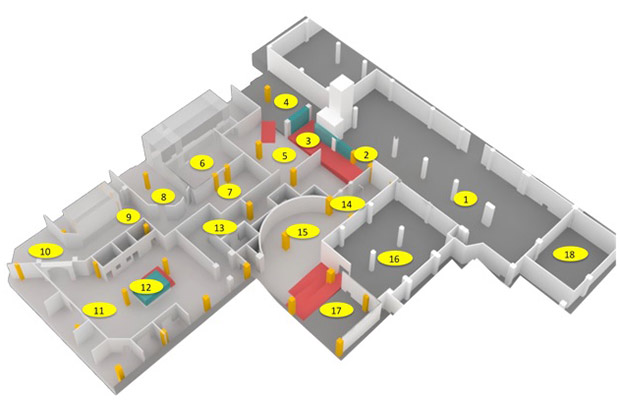 The walkthrough, which can be done by self-guided audio tour, begins with a “Land Called Texas,” which puts the Texas Revolution in context and is followed by “Meet the Heroes,” where Alamo defenders introduce themselves and share their perspective. Then the journey through the historic battle begins where visitors are asked to help out by designing a flag, walking in Santa Ana’s tent, pushing a cannon up a ramp and crossing that famed line drawn in the sand. 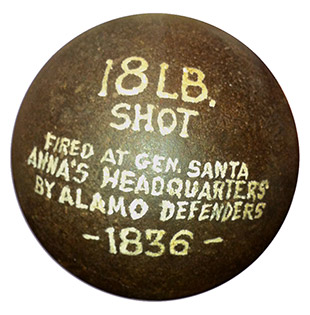 “The constant sound of shelling, rattling walls and smell of gunpowder allow visitors to sense the Mexican Army moving closer, offering an unparalleled experience of the events that took place during this great battle,” says David Weiss, creative writer and production director.

“The battle will literally be closing in on them as they walk through a maze of hallways with nowhere to turn and hear the sounds of soldiers crossing atop the roof as if coming over the wall,” Weiss adds.

At the end of the journey, in the midst of 12 giant synchronized monitors, guests will be immersed in a three-minute film reflecting the history of an independent Texas through famous figures, cultural icons and significant events.

Guests can leave their mark on this attraction’s history by adding a photo of themselves to a digital mosaic of the Texas flag at “The Fabric of Texas.”