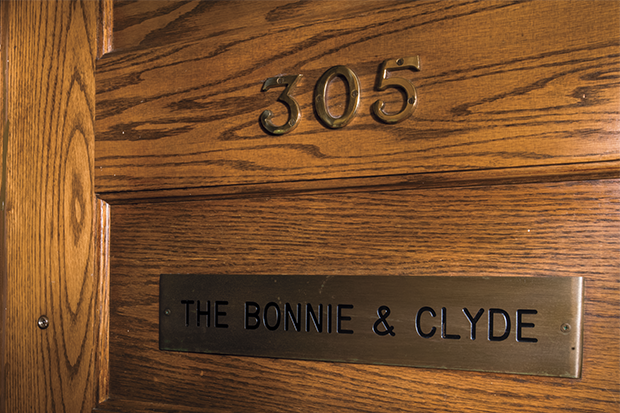 More than a century’s worth of time travel awaits guests at the Stockyards Hotel in Fort Worth, which opened in 1907 at the fabled junction of  Main Street and Exchange Avenue.

Affixed to the hotel’s brick exterior, a Texas historical marker introduces its intriguing history and sets the mood for a relaxing and rewarding stay. 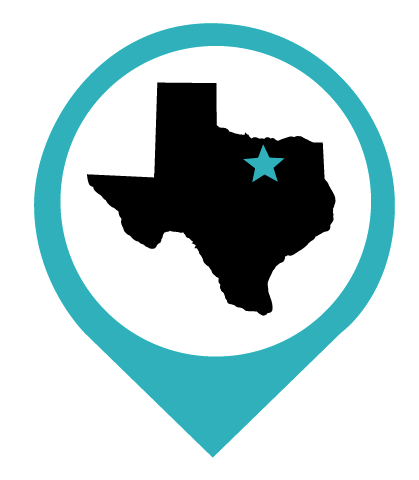 Hotel Director Paul Gallagher, who has spent most of his professional life at the hotel, is usually at the registration desk to help welcome new arrivals to the hotel’s 52 rooms and suites. Reach the upper floors via a slow-moving automatic elevator; while you’re riding to your room, take note of the antique brass hand-crank that once did the heavy lifting. Thus begins an overnight stay at Stockyards, which has hosted stars like Willie Nelson, George Strait, and Tanya Tucker, as well as famous outlaws Bonnie Parker and Clyde Barrow.

The hotel reinforces Fort Worth’s identity as the place “Where the West Begins.” It thrived during the Stockyards’ 1920-40s boom and hung on as the last meat-packing plant closed in 1971. Encouraged by preservation efforts that targeted Fort Worth’s north side, a series of owners since the 1980s converted a failing eyesore into a “cattle baron’s hotel,” Gallagher says, his eyes brightening.

“We epitomize the upscale cowboy from back in the day,” he says. So, naturally, there is a Cattle Baron Suite. Its sleeping quarters include a king bed, boot jack, horseshoe-based lamps, a bathroom with pull-down chain
toilet, and complimentary earplugs. A note explains the plugs are “the cure for loud cowboys,” a reference to weekend revelry on the cobblestone street below.

A mounted Longhorn head above the wet bar oversees the suite’s spacious living area. Rough-hewn chairs are upholstered with multi-hued cow hides, accented by a table for in-room dining or perhaps a late-night poker game. A framed poster recounting the history of three Texas cattle legends—Sam Maverick, Oliver Loving, and Charles Goodnight—hangs on the south wall.

The Bonnie and Clyde Suite occupies the southwest corner of the third floor, where the couple allegedly cased a nearby bank or watched for law enforcement during their stay in 1933.

The smaller Bonnie and Clyde Suite occupies the southwest corner of the third floor, where the couple allegedly cased a nearby bank or watched for law enforcement during their stay in 1933. Newspaper clippings of the couple’s exploits, as well as a revolver that purportedly belonged to Bonnie Parker, decorate the walls.

Hotel patrons hail from as far away as Australia and Japan and as close as Fort Worth, Dallas, and Austin.

Next door, Fincher’s White Front Western Wear, which stores its finest model boots in an antique vault, also has a century-old pedigree, as it dates to 1902. From this storied spot, you can walk to Billy Bob’s Texas, Stockyards Championship Rodeo, and the twice-daily Fort Worth Herd cattle drive, as well as to bars like the White Elephant Saloon and restaurants like Lonesome Dove Western Bistro, Riscky’s Barbeque, or Tex-Mex favorite Los Vaqueros.

The Fort Worth heroes memorialized in the Stockyards Hotel »

Better yet, don’t leave the hotel for food and drink. You could start the evening at Booger Red’s Saloon, named for the late Samuel “Booger Red” Privett, an early 1900s hotel guest and legendary bronc rider. There’s no need for formalities; grab a seat at the bar on a weathered saddle and order a draft of Buffalo Butt amber, made by Fort Worth’s own Rahr & Sons Brewing Company.

Beyond Booger Red’s is the hotel’s H3 Ranch restaurant, its name invoking more history. Brothers Robert, William, and David Hunter immigrated to the United States from Scotland in 1844 and eventually founded the H3 ranching empire in Nebraska. But first they hunted buf-falo for William “Buffalo Bill” Cody, prospected for gold, and arranged for the first railway shipments of Texas cattle to northern markets. During their time in Fort Worth, they maintained an office at Main and Exchange.

You could start the evening at Booger Red’s Saloon, named for the late Samuel “Booger Red” Privett, an early 1900s hotel guest and legendary bronc rider.

Visible to diners, the kitchen is the centerpiece of the restaurant; there’s a smoker for ribs and brisket, a hickory-fired grill for steaks and rainbow trout, and a rotisserie for pig and prime rib. Kimmieth Gordon, who started working here 19 years ago as a busser, oversaw the cooking on my recent visit—10 hours for brisket, four hours for St. Louis-cut ribs, and just minutes for the trout, flavored with lemon butter, salt, and pepper. Good bets for sides: roasted ears of corn, baked pork and beans, or a Hunter family specialty known as Anita’s Rice, made with wild rice, white rice, chives, celery, and onions.

Back in the lobby, a version of The Cheyenne, a classic early-1900s sculpture by Western artist Frederic Remington, rests prominently on a marble table. From the landing of the lobby’s staircase, a portrait of Fort Worth’s adopted son, humorist Will Rogers, looks down with his smiling visage, lariat in hand. He seems to be saying, “This is my kind of place.”