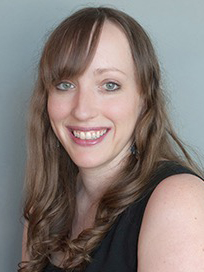 Emily Roberts Stone, who most recently served as senior managing editor for the Houston Metro office of Community Impact Newspaper, joins the Texas Highways staff as its new editor.

“I’m thrilled to be joining the award-winning team at Texas Highways,” she says. “I look forward to building on the magazine’s 42-year history of providing our loyal readership with quality stories about the people and places that make Texas travel unique as well as engaging new readers both in print and online.”

Before moving to Houston in 2010, Emily was editor in chief of North Orange County Magazine and Fullerton Magazine, two regional publications covering travel, art, dining, entertainment, local business, and government. She also co-authored a children’s history book, Elephant Rides for Free, about the city of Placentia that is used as part of the third-grade curriculum. In addition, she has ghostwritten a book about women’s self-defense.

A native of Orange County, California, she holds Bachelor of Arts degrees from Cal State Fullerton in Journalism and American Studies. She will be moving to the Austin area with her husband, Nathaniel, and their two children, Lucy and Charlie.