Director Richard Linklater’s award-winning film “Boyhood,” received Variety magazine’s Creative Impact in Cinema award. The cast, including Patricia Arquette and Ellar Coltrane, were on hand to help receive the award for a film that followed the life of a single monther and her children over a 12-year-period. The film garnered many awards including Golden Globes for Best Motion Picture/Drama and Linklater as Best Motion Picture Director. 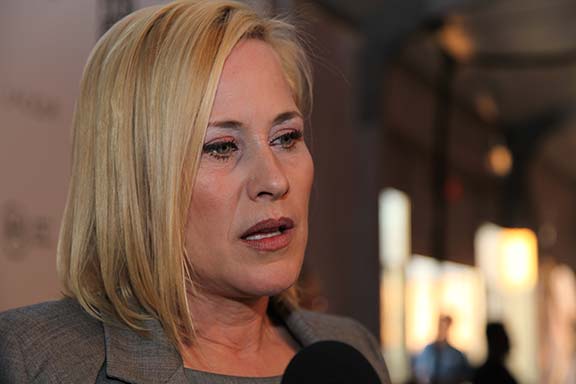 Arquette’s performance helped her sweep the awards circuit –including the Oscar and Golden Globe– for her supporting actress role.

Austin Film Society Executive Director Rebecca Campbell says AFS is “about spreading film culture and nurturing the next generation of filmmakers.” She adds that “community” is what makes Austin special for this creative art, and ripe for events like South by Southwest.

Louis Black, co-founder of South by Southwest, as well as co-founder and editor of the Austin Chronicle, says filmmaking in Texas is “not about celebrities, drugs or power. It’s about movies. It’s dominated by fans. SXSW is a fan event.” 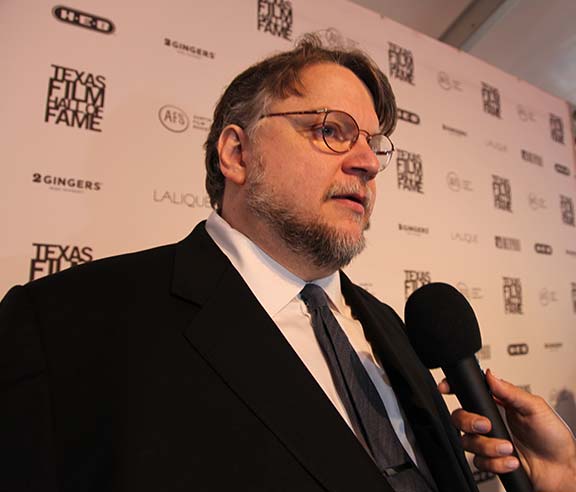 Before the awards ceremony, honorees shared a few thoughts on movie making, independent films, the lure of filming in Texas and the art of supporting moviemakers.

On his much publicized “homecoming” to Austin  after the award-winning successes of his feature, “Boyhood,” Linklater says, “It’s hard to call it a homecoming when I haven’t lived anywhere else but here. But it’s true, I’ve been away from home longer than I’m comfortable with.”

Linklater added that, during the award season, he also was in the midst of completing another film set in Central Texas, which he described as a “college comedy set in 1980,” that is slated to be released in the fall.

When asked by British press, if he felt the 12-year-span of the movie “Boyhood” had gotten all the mileage there is out of Texas, Linklater says absolutely not. “There are endless miles and miles of Texas. There are lots of stories to tell and there are storytellers everywhere.”