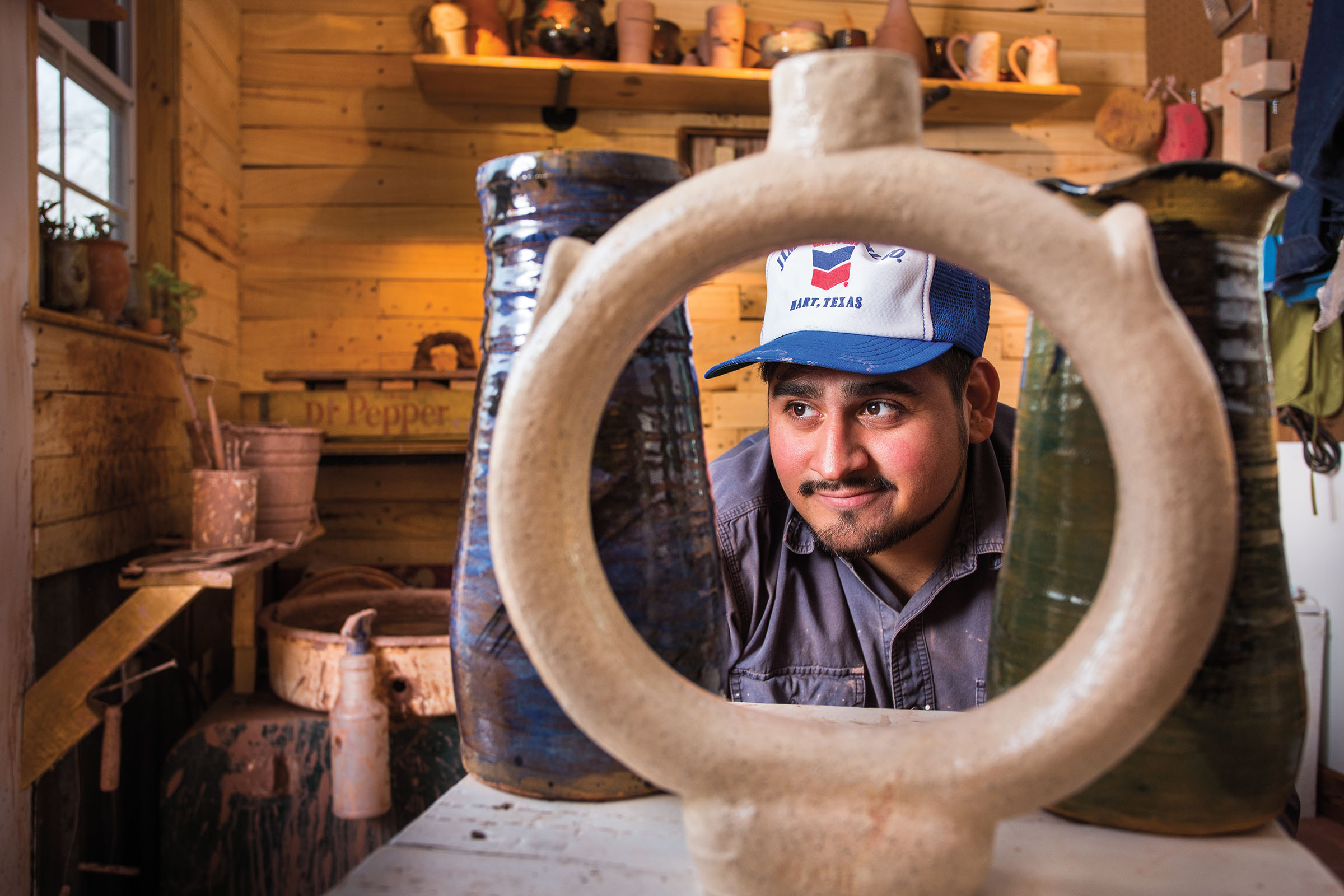 When he was about 5 years old, Carlos Herrera III picked up a piece of clay from the ground and rolled it into a ball until it dried and broke apart. What might have seemed like child’s play led Herrera to become the first commercial potter in the history of his native Eagle Pass, the small but proud border city situated across the Rio Grande from Piedras Negras, Coahuila, Mexico.

Since founding Texas C.H. Ceramic Studio in 2016—first operating out of a 7-by-7-foot shack for horse hay—Herrera has made thousands of pieces. These range from pilsner beer cups for $25 to custom 10-inch vases for $100, but also include mugs, wine chillers, pitchers, Mexican bean pots, and cazuelas (Spanish cooking dishes). He has social media to thank for cultivating his national customer base.

“I actually started to make pottery videos on TikTok and made a video called ‘1-minute pot challenge,’” Herrera says, “and I [created a pot] in 37 seconds. That video went viral for a while, and I started to get people from New York asking where they can order a pot.”

Some of Herrera’s pieces were auctioned at the Alamo in 2020, with proceeds given to families of fallen U.S. Border Patrol agents. His pottery is available through city of San Antonio visitor centers and soon on his website. Fans who own pieces include first lady of Texas Cecilia Abbott and Matthew Logan Vasquez, part-time Wimberley resident and frontman of the rock band Delta Spirit.

Herrera uses fresh clay exclusively from the Rio Grande as opposed to buying it ready-made from a supplier. He says the different deposits offer various shades of red and other distinct colors, and the texture helps shape his rugged style, with its rough, asymmetrical touches.

“Most potters try to have a nice clean look to their work, and I wanted to get away from that,” Herrera says.