A Tricentennial Timeline of San Antonio

The city’s modern-day story is only just beginning, but the same could have been said 300 years ago. The story, of course, begins much earlier than that. 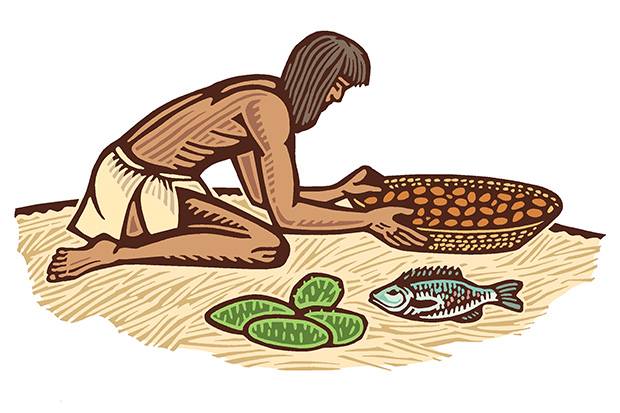 Prior to the arrival of the first European explorers, indigenous peoples, including the Payaya, a Coahuiltecan tribe, inhabit the area of present-day San Antonio, calling their village Yanaguana. For thousands of years, hunters and gatherers favor this slice of land for its rich soil, warm climate, and prevalent game and fishing. 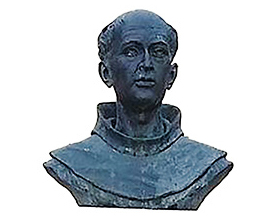 On June 13, the feast day of St. Anthony of Padua, a group of Spanish explorers and missionaries come across a Native American settlement along the banks of the present-day San Antonio River. Father Damian Massanet names both the place and river “San Antonio” in honor of St. Anthony.

On May 1, Spanish Franciscan Friar Antonio Olivares founds the Mission San Antonio de Valero, now commonly known as the Alamo. Four days later, the Presidio San Antonio de Béxar is established at the headwaters of the San Antonio River and San Pedro Creek. Throughout the remainder of the 18th century, Spain establishes and constructs Catholic missions in Texas— a total of five in San Antonio.

The King of Spain gives a land grant to this group of early settlers, establishing San Antonio de Béxar. An area near the springs of San Pedro is declared public land—San Pedro Springs Park—officially founding the second- oldest public park in the country, behind only Boston Commons. 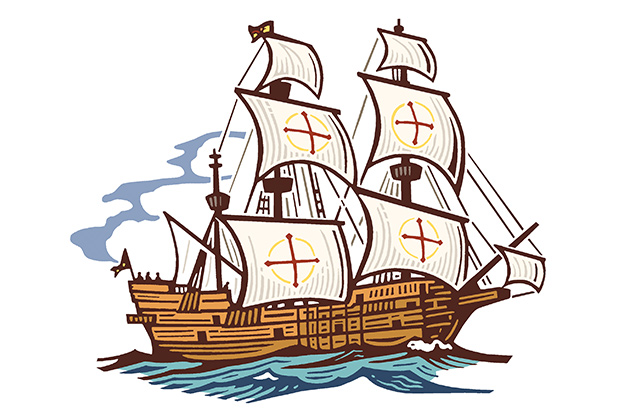 By royal decree of the King of Spain, 55 travelers arrive from the Spanish Canary Islands following a sea and land voyage of more than a year. Joining with the present military community, these families form the nucleus of the village of San Antonio de Béxar.

La Villita, one of the city’s first neighborhoods, develops on the south bank of the San Antonio River. By the 1840s, German immigrants give the section a European flavor; they are later joined by Swiss and French immigrants. 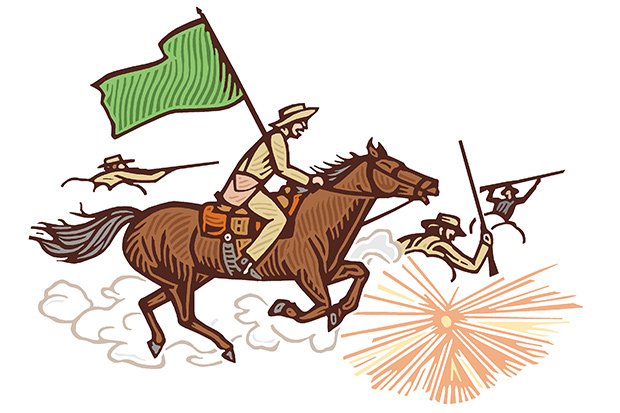 In the midst of revolution against Spanish authority during the Mexican War of Independence, the bloodiest battle ever fought on Texas soil—the Battle of Medina—takes place on Aug. 18, 20 miles south of San Antonio.

Following 11 years of revolution, Mexico is free from Spanish control after 300 years as a Spanish colony with the signing of the Treaty of Córdoba on April 24 by Spanish Viceroy Juan O’Donojú. San Antonio now becomes part of the Mexican Empire. The treaty was rejected by Spanish government, however, and Spain did not recognize Mexico’s independence until December 1836. 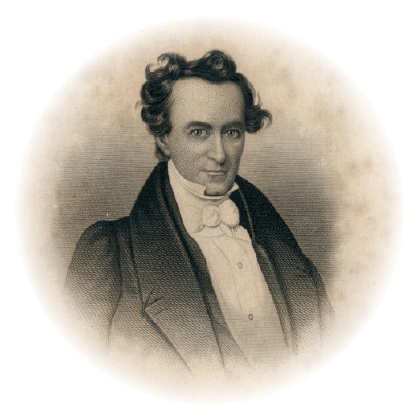 On Jan. 3, American empresario Stephen F. Austin receives a land grant from the Mexican government, and Anglo-American settlers begin to enter the region from the United States.
(Photo: University of North Texas Libraries)

Relations between the Texians and Mexicans decline when Mexico passes a series of laws on April 6 prohibiting future immigration of Americans into Texas, placing taxes on goods coming into Texas from the U.S., outlawing the bringing of slaves into Texas, and deploying Mexican troops for permanent duty station in Texas.

Texian forces led by Stephen F. Austin advance to San Antonio de Béxar on Oct. 28, where 750 Mexican soldiers occupy the city. A small group of 90 Texians, led by Jim Bowie and James Fannin, scout for a defensive location, settling on Mission Concepción. The Texians drive off the Mexicans, thus beginning the Siege of Béxar. 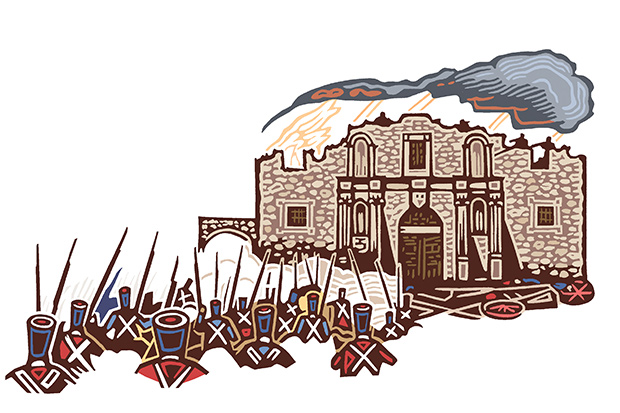 On Feb. 24, Santa Anna arrives in Béxar and the siege of the Alamo begins. The next day, Col. William Barret Travis assumes command of the Alamo and writes his famous letter to the people of Texas declaring “Victory or Death.”

On March 2, Members of the Convention of 1836 at Washington-on-the-Brazos, 175 miles northeast of San Antonio, sign the Texas Declaration of Independence. An interim government forms for the newly created Republic of Texas.

On March 6, Texians are overwhelmed by a Mexican army of no less than 2,000 troops after a two-week siege at the Battle of the Alamo—the actual battle lasts only 90 minutes. A handful of women, children, and slaves are the only survivors. 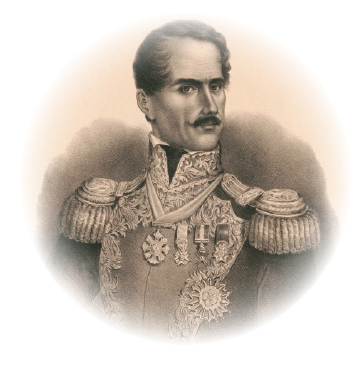 Less than seven weeks later, on April 21, Sam Houston and some 800 Texians defeat Santa Anna’s army of 1,500 in only 18 minutes at the Battle of San Jacinto, shouting “Remember the Alamo! Remember Goliad!” as they attacked. Texas wins its independence.
(Photo: Library of Congress)

On March 19, Texas troops kill a total of 35 Penateka Comanche chiefs, warriors, women, and children in the Council House Fight during a peace conference in San Antonio. The event is said to have exacerbated hostility between the Comanches and Anglos and contributed to violence for the next 30 years.

Mexico, refusing to accept Texas’ independence, attacks San Antonio on March 5 with an army of 1,400 men, raising the Mexican flag over the city for five days before retreating. Later that year, on September 11, a Mexican army of 1,200 men captures San Antonio a second time. Mexico retreats again, but this time with several prominent citizens as prisoners. 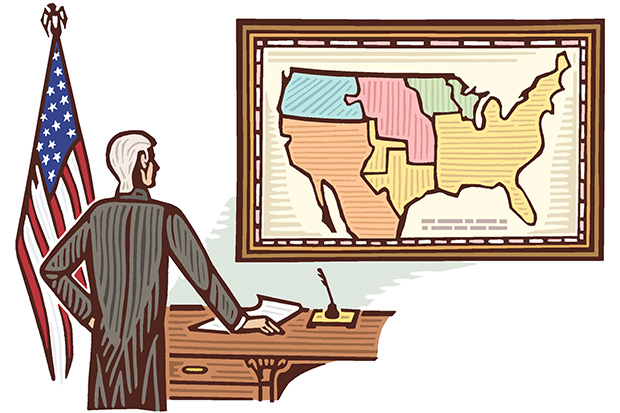 U.S. President James Polk follows through on a campaign platform promising to annex Texas; on December 29, he signs legislation making Texas the 28th state of the United States.

German businessman William Menger and Charles Degen open the Western Brewery next to the Alamo, the first brewery in San Antonio. The beer, stored in cold tunnels below the Menger Hotel (established in 1858), sells for 50 cents a gallon.

After Texas declares its secession from the United States on Feb. 2, the first military engagement of the Civil War takes place in San Antonio on Feb. 16 when U.S. Army General David E. Twiggs surrenders to an overwhelming force of armed rebels. Texas joins the Confederacy two weeks later. At the end of the war in 1865, the U.S. Army retakes the city.

In the years after the war, Texas attempts to solve political, social, and economic problems that result from the end of slavery. The U.S. Congress re-admits Texas into the Union on March 30, 1870. Reconstruction continues in the South, however, for another six years. 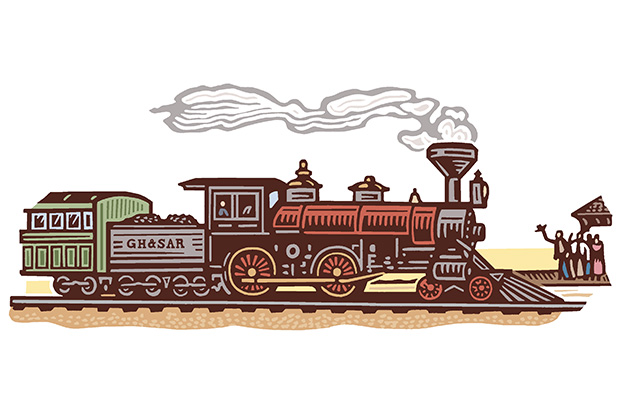 By the 1880s, the fabled Chili Queens, young women who (as early as 1813) served chili con carne and other fiery fare at makeshift restaurants on the city’s historic plazas, catch the attention of hungry locals and tourists alike. The Queens are credited with introducing chili con carne to the world.

What starts as a one- parade event to honor the heroes of the Alamo and the Battle of San Jacinto eventually evolves into the city’s premier springtime event, Fiesta San Antonio. Today, the festival features more than 100 events across 11 days, including Night in Old San Antonio, an authentic re-creation of the city’s early life. 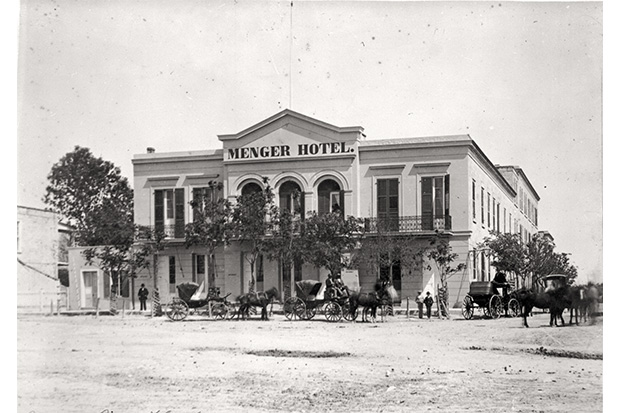 At the bar of the Menger Hotel, Theodore Roosevelt recruits a few of his famous Rough Riders cavalrymen to fight in the Spanish- American War.

George Washington Brackenridge—the longest-serving regent for The University of Texas—donates an initial 199 acres to the city, establishing Brackenridge Park. (More acreage was later donated by Brackenridge and Emma Koehler, the longstanding head of Pearl Brewery, bringing the park’s total acreage to 343.) The park’s attractions include the San Antonio Zoo, the Witte Museum, the Japanese Tea Gardens, and the Sunken Garden Theater.

The Daughters of the Republic of Texas assume care of the Alamo, which has fallen into neglect. This custodianship lasts until 2015, when they turn over authority to the Texas General Land Office and Land Commissioner George P. Bush. 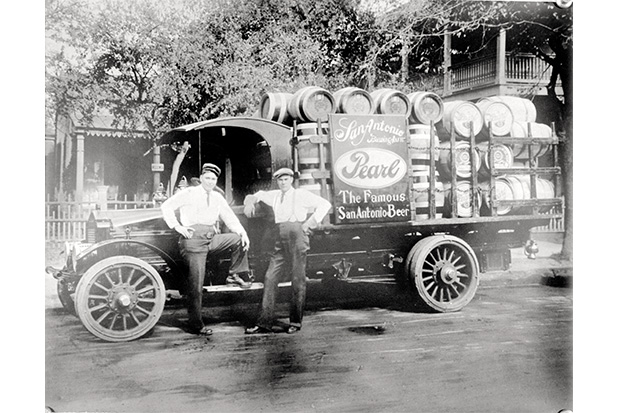 Production at the Pearl Brewery (then San Antonio Brewing Association) reaches over 110,000 barrels per year—outpacing Lone Star and making it the largest brewery in Texas.

Following a 1921 downtown flood that drowns approximately 50 people, the city approves plans for flood control, including draining the river bend and making it a storm sewer with a street over it. The San Antonio Conservation Society puts on a puppet show at City Hall and takes commissioners on canoe rides to show them the river and convince them to save it.

On Jan. 31, in protest of a 20 percent wage reduction for pecan- shellers, 21-year-old Emma Tenayuca leads some 12,000 San Antonio workers in the largest strike in San Antonio history. Picketers—mostly Hispanic women—are tear-gassed, arrested, and jailed. The strike ends when the city’s pecan operators agree to arbitration.

The city completes a series of River Walk improvements, including walkways, stairways to street level, footbridges, rockwall-lined banks, and the Arneson River Theater as well as the restoration of La Villita. 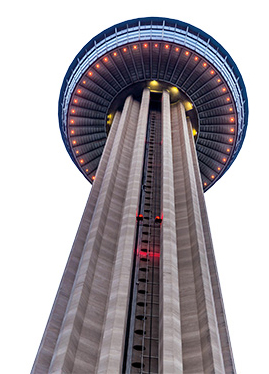 To prepare for its world debut at HemisFair ’68—the official 1968 World’s Fair—the city erects the Tower of the Americas. Hilton Palacio del Rio hotel is in business, HemisFair Arena opens, and the Institute of Texan Cultures is established.
(Photo: Will Van Overbeek)

The San Antonio Spurs debut at the now- demolished HemisFair Arena. Soon after, the basketball team has its first star player: George “The Iceman” Gervin, who shoots the team into stardom.

Pope John Paul II celebrates Mass in San Antonio on Sept. 13 with more than 350,000 people, the largest audience at a single event in Texas at the time.

Silver Ventures buys the his- toric Pearl Brewery site from Pabst Brewing Co. Over the next 15 years, developers revitalize the 22-acre site with new businesses and res- taurants including the Texas campus of the Culinary Institute of America, Hotel Emma, the year-round Pearl Farmers Market, Bakery Lorraine, and The Bottling Department—San Antonio’s first food hall.

The Alamo Plaza Restoration Project begins. The site’s footprint is expected to quadruple after excavation and restoration of historical structures, and the building of a more than 100,000-square-foot museum (including several donations from pop icon and Texas history enthusiast Phil Collins). The project is scheduled to finish by 2024, when the Alamo turns 300.