The No Ordinary Love director illuminates underrepresented stories in her films 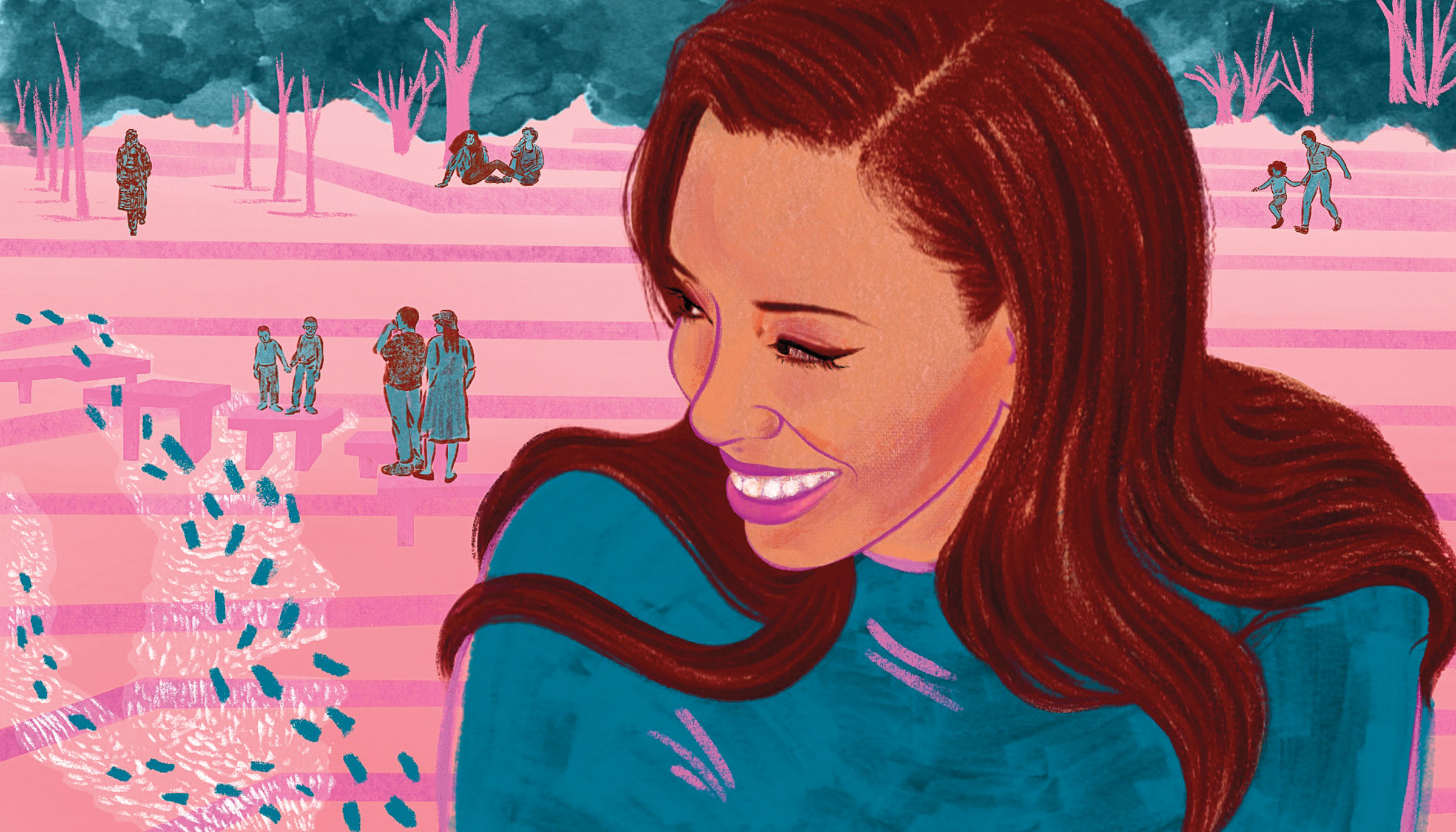 Filmmaker Chyna Robinson is on a roll. Her debut feature film, No Ordinary Love, was released in June and is circling the globe on streaming platforms, including Amazon Prime and Apple TV. In its portrayal of two women connected through their church, one married to the minister and the other to a police officer, the story peels away the facade obscuring domestic abuse. The romantic thriller has become a catalyst for education and conversation. Robinson—in tandem with Tracy Rector, the film’s executive director and a board member of SafeHaven of Tarrant County—has worked with universities and domestic abuse organizations worldwide to discuss the film and the oft-hidden suffering it unveils.

Robinson has a passion for writing and directing that started in her childhood in Fort Worth. After attending TCU and the University of Texas at Arlington, Robinson worked in theater, including writing and directing A Milk Chocolate Nutcracker—her 2012 interpretation of the holiday classic—at the Irving Arts Center. In 2017, she released her first film, Greenwood, a short film about the 1921 Tulsa Massacre, in which a family tries to defend their home during a multi-hour siege on their neighborhood. Currently, between touring for No Ordinary Love, Robinson, a wife and mother, is independently shooting what she calls “an artsy love story” while also starting preproduction work on a sci-fi fantasy film. Eager and undeterred—even when the film industry tells her no—Robinson keeps going. She’s got stories to tell.

TH: No Ordinary Love was shot in Fort Worth. How has the city played a role in your work?
CR: Probably more than my filmmaking, the city has informed the writing part of my job because Fort Worth is such a great mix of people. There are so many people here with different backgrounds, so that really helps with character development. I can go anywhere and just people-watch and get all types of conversations and personalities and character ideas. That definitely plays a part in my storytelling.

TH: What are some of the most fertile places in the town?
CR: I love downtown Fort Worth. I love to sit around the Water Gardens. There are so many people and families that walk through. It’s not a guarded, look-over-your-shoulder type of space. People are just being themselves.

TH: What were some of the most rewarding moments of filming No Ordinary Love?
CR: Oh, man. We have this scene that we shot in downtown Fort Worth in Sundance Square. My dad always tells me, “Chyna, you have to stop and smell the roses,” because I’m always going—working and wearing these hats. That was a moment for me when I looked around and there were people on the sidewalk, watching. I felt so proud that we were in my hometown, and we’re making this movie that feels really big, in small Fort Worth. We had the big lights; we had the streets blocked off. It was a moment. One of my crew, who is from San Antonio but works a lot in California, he stopped and said, “I have not seen something like this, on this level, in this area. It’s amazing to be a part of.” For me, that’s a great feeling.

TH: I imagine you would feel a lot of pride watching that unfold, knowing that you made it happen.
CR: Well, there are a lot of people who helped make it happen. My executive producer, Tracy Rector, and I have become very close friends and partners in this. Just getting a film made, done, and distributed, it’s a huge thing. It’s tough work. A lot of people aren’t able to finish. It’s just one of those things where sometimes you have to make your own opportunity and do whatever you need to do to get it done. My goal was to make people believe that I could do it so that they would come on and do it with me.

TH: Did you know from the start that you wanted to push for global distribution?
CR: Absolutely. I had planned at first for No Ordinary Love to be a short film. But I started researching and writing, and I said, “There’s no way this can be a short film. We have to make it into a feature, and everybody needs to see it.” We had people say, “I’m in Germany and I watched it, and I loved it,” and “I’m in South Africa,” and “I’m in Australia,” and so it has been a really humbling experience.

TH: The theme is painful but important. You worked with SafeHaven, a domestic violence agency in Tarrant County, and did some of your research there. Have people who work with abuse victims been reaching out to you?
CR: Absolutely. We’ve actually partnered with several organizations, and we [Robinson and Rector] have spoken at summits in the U.K. and Asia-Pacific and Australia in the past couple of months. They’re using clips from the film, and we’re able to really just unpack in these summits. It has been amazing. In October, we’re taking the movie to college campuses and doing Q&As.

TH: Is social justice a priority in your work?
CR: Yes. If you want to be a good writer, you have to have empathy for people, period. Not just people who look like or sound like you. A lot of these social-justice issues kind of fall in my lap. When I get into it, they become very important to me. With Greenwood, that was by accident. I was in Tulsa with a stage production, and someone came and told me a little bit about it. Once I got into the research, I decided, “Oh, this has to be a film.”

TH: Can you elaborate on what stories are important for you to tell?
CR: So many. It’s not just social-justice films. When I did stage, I did A Milk Chocolate Nutcracker. It was a two-year thing, and it was for families; it’s holiday, and I loved it. I’ve also done live murder mysteries with bands at the local Buttons Restaurant. For four years, we sold out every show. So there is no genre, there is no box. There are just so many stories. And sadly, women haven’t been able to tell these stories that much in the past, and especially Black women and women of color. We haven’t been able to get our voices out there. Now it’s like, “I want to do this and this and this.” I have a lot to say.

TH: I love the quote on your website by the Indian American director Mira Nair: “A director has to have the heart of a poet and the skin of an elephant.” Why does that resonate with you?
CR: I think poets are thoughtful people, and what’s inside of you is important in whatever you do, not just in this industry. You have to be thoughtful. And then the skin of an elephant, well, my goodness… In this industry you have people who love your work, and then there will be a few who really don’t like it. And you have people who are not championing change, so you just have to take it in stride. You get nos. We do film festivals, and we’ve won awards, but we’ve also gotten nos. At first, those hurt. It’s like someone calling your baby ugly. It stings. Then you learn it’s a yes for so many, and it’ll be a no for some. That’s OK. Keep telling your story.

Chyna Robinson will be screening and discussing No Ordinary Love at TCU this October. For dates and information on her college tour and upcoming film projects, see her social media @chynawrites on Instagram and Twitter; Chyna Butler Robinson on Facebook. noordinarylovemovie.com