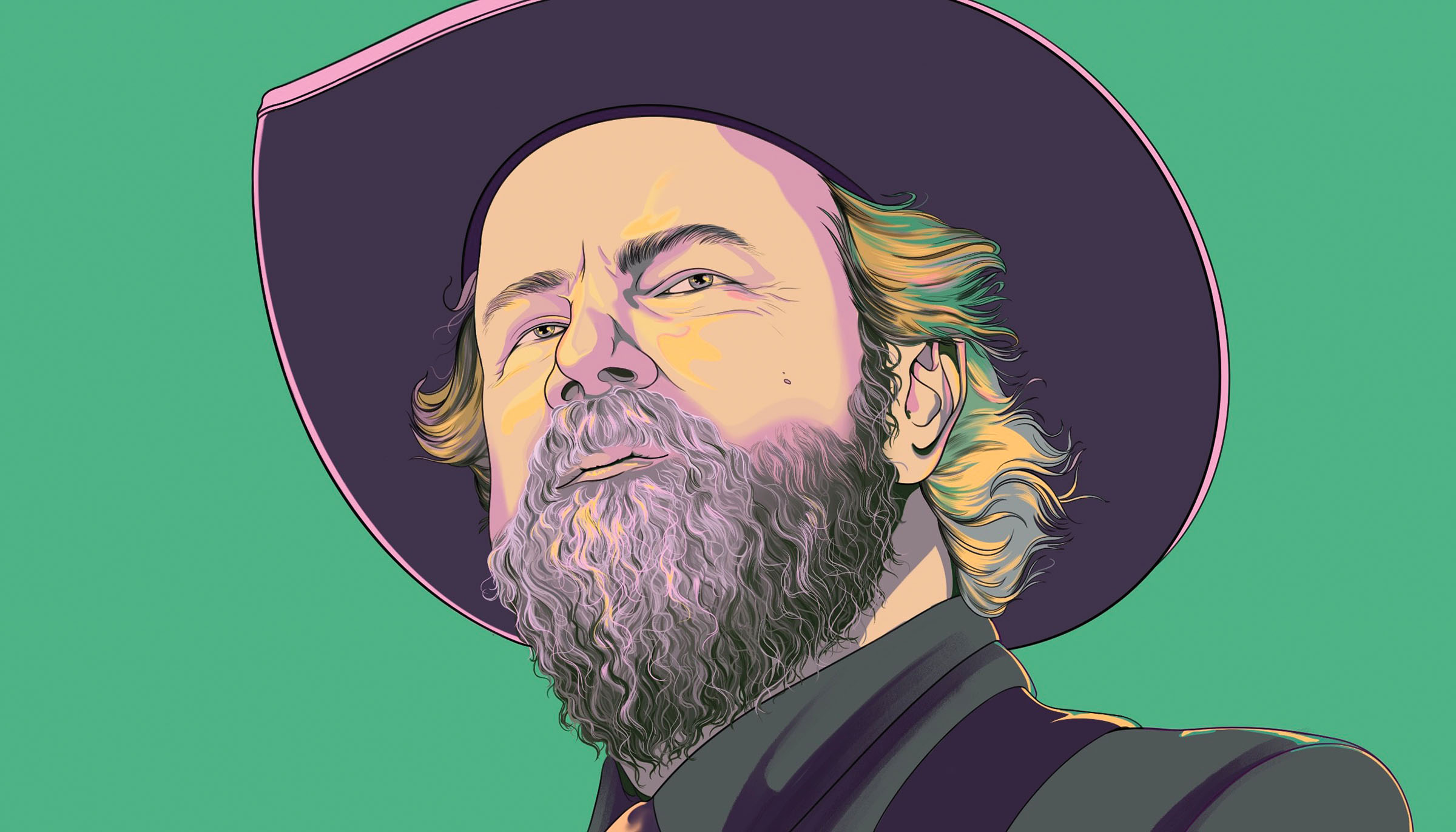 When Robert Earl Keen hits the guitar chords that open his classic anthem “The Road Goes on Forever,” live audiences by the thousands shout his own lyrics back to him, all but drowning out the raspy voice of the renowned singer-songwriter on stage.

Keen, 66, has spent more than four decades performing his twangy blend of Americana at upward of 200 concerts a year. The road, it seemed, really would go on forever. But Keen also wrote the beloved song “I’m Comin’ Home.” Earlier this year, he announced his current tour would be his last, culminating in September with three shows at John T. Floore’s Country Store in Helotes. (Tickets sold out immediately back in April).

A longtime Kerrville resident, Keen grew up in Houston and earned an English degree from Texas A&M, where he struck up a famous friendship with fellow Aggie Lyle Lovett, writing and playing songs together on an old porch in College Station. As Keen’s profile grew in the 1980s and ’90s, he developed a cult following for his raucous live performances and the literary quality of his songs, which are deeply rooted in Texas while exploring universal themes. He’s been covered by everyone from his buddy Lovett to George Strait and The Highwaymen. Of Keen’s 21 albums, 1989’s West Textures and 1993’s A Bigger Piece of Sky are two of the most popular.

The fast-talking, gray-bearded bard has two adult daughters with his wife of 36 years, Kathleen Keen. He says he’s in good health and that his retirement doesn’t reflect some sort of existential crisis. In February, we drove from Kerrville to his Hill Country ranch in Medina, home of the Scriptorium, the rustic one-room retreat where Keen often writes in solitude when he’s not touring. Stoking a log fire, he talked about his storied career and plans for his next act.

TH: How long had you been considering retirement?

REK: The first time I thought about throwing in the towel was 2010. The places I usually played were inundated with new acts. I lost some of my audience and had to compete harder, and I was feeling the pinch. This aging thing is rough on a person—aches and pains. I was doing something wrong, and I wanted a reset. A few years later, I still didn’t have a great plan, so I made a bluegrass record [Happy Prisoner, 2015]. It was a real boost for me. I thought that one actually hit a lick, and I got lots of great comments from fans. Vince Gill came up to me at a party and said, “Man, I love your bluegrass record.” But I never got an award, a nomination, not even a nod. That hit me hard. It stuck with me because I had so much passion for bluegrass. So I just doubled down on touring, the one thing I could control, doing tons and tons and tons of shows.

TH: Performing is a huge part of your identity. Will it be harder to leave than you realize?

REK: I don’t really know. That’s actually a question I hate to examine too hard. I don’t want to go out with a whimper. I’m not slapping myself on the back, but I want people to know what I do and what I’ve done. It’s had its place, and now I’m doing something else.

TH: What are you most excited to do with your newfound free time?

REK: I want to give back and share what I’ve learned about the business [with aspiring songwriters]. There’s a certain amount of paranoia and anxiety that run throughout entertainment, but we’re not in competition. We need to make sure each and every individual has a fair chance, so we need to be working together.

REK: When my kids were little, the barn was full of junk, and my wife would tell them, “Don’t go up there! That’s the snake barn.” I’d never seen a snake in here. And then, the first day we shot anything, there was a rattlesnake right inside the door.

TH: You’re also working on “Western Chill,” a multimedia project with videos, a music album, and even a graphic novel.

REK: When the pandemic started, I wrote a song called “Western Chill.” I got a kick out of it because it wasn’t the same old thing with a sing-songy chorus. I brought the band out here to rehearse and put together the record. One-third is Western swing, but all the songs are cool, and the graphic novel is really funny. It’s coming out in August.

TH: Your look has evolved throughout your career from plain denim to bespoke suits. How did you become so dapper?

REK: I love clothes, man. When I turned 50, I told myself I’d never wear another ugly shirt. You look good, you feel good, you keep going. It’s your best weapon against aging. You’ve got no business in show business if you’ve got no show.

TH: What’s something else people might not know about you?

REK: I have a freakish memory for numbers—money, all the presidents’ birthdays. I remember birthdays so well, I usually just have to hear it once, even if I don’t remember the person’s name.

TH: You host “Americana Podcast: The 51st State,” a show that explores roots-based music. How has meeting the next generation of songwriters kept you in touch with new music?

REK: It’s immeasurable. I’m living in a bus two-thirds of the year, and there’s not any time for real thinking. Clara [Keen’s daughter] dragged me into the podcast kicking and screaming, until I realized how really in the dark I was about other artists. We’re in the middle of a huge wave of great songwriters like Tyler Childers and John R. Miller and Ben Nichols from Lucero. No one’s necessarily cut from the same cloth. You can’t say it’s Texas country or folk. There are all these great influences coming from everywhere, and I’m hearing more and more great stuff all the time.

TH: Does it bother you that some people still view you as a regional Texas artist?

REK: My heart is in Texas. My brain is here when I put together settings and images—the light in springtime, the dark at Christmastime—but I didn’t want to be stuck as the Texas songwriter. I wanted to get bigger. The problem is sometimes I’m not sure if my talent was big enough to make that leap because I really do have that colloquial, regional vernacular that I’m comfortable with. I’m not trying to escape that, but that’s not all that I am. It does hold you back a little bit. Is Stephen King a Maine writer? He mostly writes about Maine.

TH: Will you continue to make live appearances here and there?

REK: I’m definitely not going to do anything for money, and I wouldn’t be the centerpiece, but I don’t see a problem with doing a cameo if a friend wants me to. I love playing. I love performing. But the machine that drove this whole thing was driving me, and I’m going to put it in neutral for a second and step out.

Robert Earl Keen’s farewell tour continues through the summer until his final three-night stand at Floore’s Country Store in Helotes in early September. Find a link to his podcast and learn more about future projects at robertearlkeen.com.