From bighorn sheep to ocelots and the Rio Grande, the Austin-based filmmaker seeks conservation through cinema 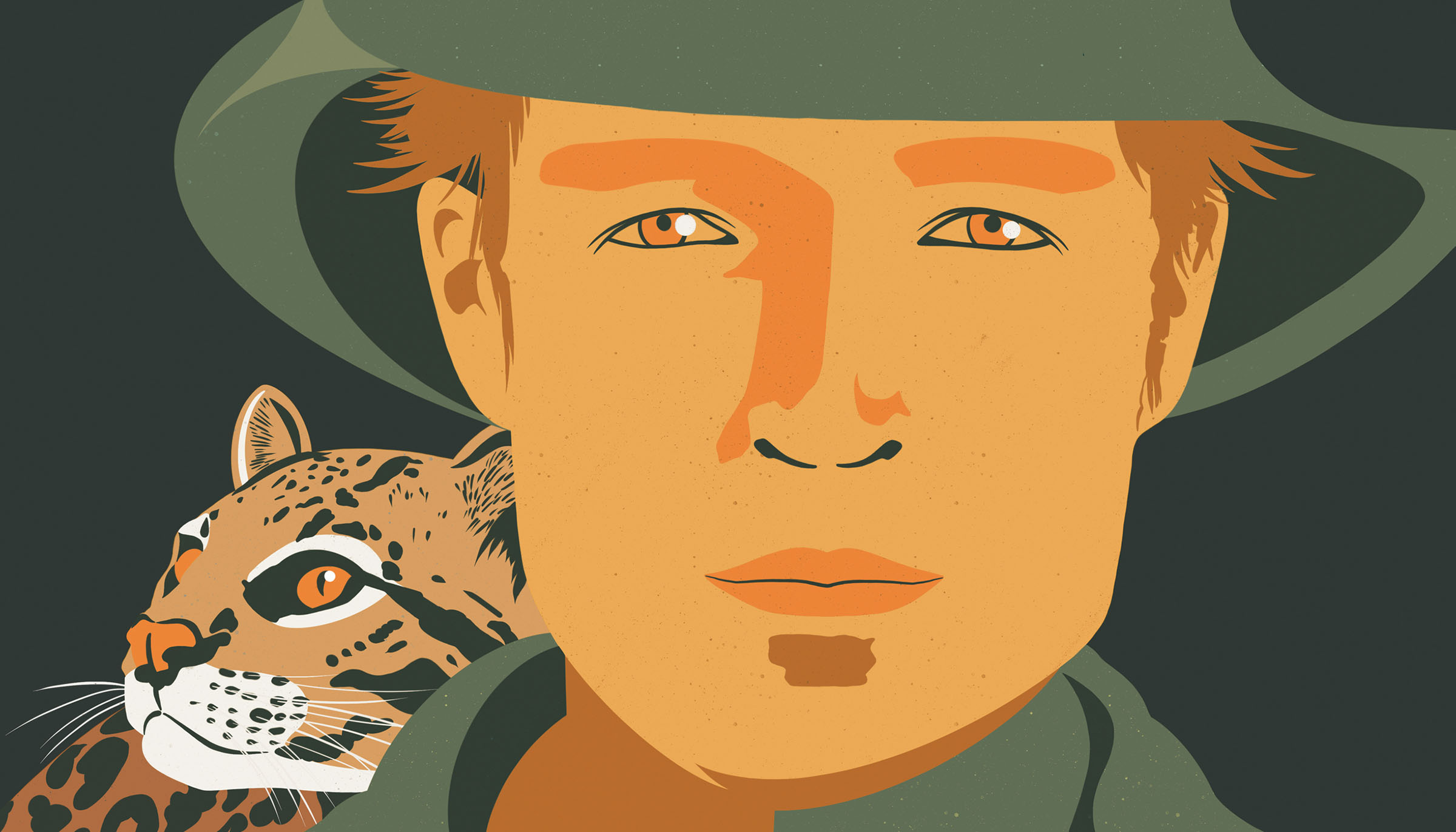 Ben Masters makes films celebrating the wilderness of Texas, propelled by riveting scenes of adventure and cinematic grandeur. For 2015’s Unbranded, he and three other men rode mustangs 3,000 miles from Mexico to Canada. In 2018’s The Return of the Desert Bighorn, he documented the reintroduction of the rugged sheep to West Texas. In 2019’s The River and the Wall, his hardy crew journeyed by bicycle, horse, and canoe along the Rio Grande from El Paso to the Gulf of Mexico.

Masters’ latest work, American Ocelot, tells the story of the country’s most endangered wildcat. Ocelots still live in Central and South America, but in the U.S. their range has dwindled to South Texas, where fewer than 100 live in Cameron and Willacy counties. American Ocelot follows biologists who study the spotted cats in an attempt to capture the first high-quality footage of wild ocelots ever taken in this country. Spoiler alert: They succeed.

Masters, who was born and raised in Amarillo, studied wildlife biology at Texas A&M University and now lives with his wife and daughter in the state’s filmmaking hub of Austin. The 32-year-old describes Deep in the Heart, his project due for completion next year, as a wildlife documentary with grand ambitions worthy of his home state—a Planet Earth for Texas.

Q: How did you spend your time growing up in Amarillo?

A: I come from a ranching and farming family, and my dad often took me hunting. I became fascinated with the species that you don’t hunt. I have been known to do more birdwatching than deer hunting in the blind.

Q: How have you seen Amarillo change since your childhood?

A: There are a bunch of windmills up there now, but the people are still pretty much the same. The canyons are the same. There’s still a lot of agriculture and not enough water in the aquifer. I’d say it hasn’t changed that much.

Q: What did you enjoy most about studying biology at Texas A&M?

A: I’d always been fascinated with nature, but I got to learn about the history of conservation in the state of Texas and the country as a whole. Texas has changed so much, and a lot of those changes are positive. Look at where we are now with big charismatic megafauna. There are so many more bison and bighorn sheep, mule deer, pronghorn. We have figured out how to recover so many species. Some species, such as the ocelot and Texas horned lizard, will be harder to bring back. But we have success we can point to, living proof that we can do it.

Q: How did you get into making films about wildlife and the outdoors?

A: I started making movies right out of college, and I saw that movies have a real ability to create change and inspire folks. I did a lot of short films for different conservation organizations, to help them get support and recognition for their restoration efforts. I feel fortunate to get to do what I love and help out organizations that are doing amazing things.

Q: Your work has taken you across much of the state. If you had to pick a favorite Texas vacation spot, where would it be?

A: I don’t want people to go there, so I’m not going to say… Seriously, though, floating any river, especially the stretches where people don’t go very often. The Nueces, the Frio, the Colorado below Austin. We’re a state of rivers.

Q: Which of your films has been the most difficult to make?

A: There are different kinds of challenges. Some come in the field—footage of ocelots was definitely the hardest to get. Getting a story right is also really difficult. I think I did a good job with The River and the Wall, showing the potential effects of the border wall without being too partisan and with respect for multiple viewpoints.

Q: What was most challenging about filming along the Rio Grande?

BM: We got in a massive canoe wreck on Upper Madison Falls—canoes turning over, stuff washing up in Mexico. It was a full-on disaster. We got enough of our stuff back to keep going. The most rewarding thing on that trip was just to see so many of the people who live on the border, to hear their perspectives. The landscape was absolutely awesome. There are a lot of special rivers in Texas, but nothing like the Rio Grande.

Q: Why do you take a character-driven approach in your films?

A: Because people connect with people. Most of our films tell a story or issue through a character, someone looking at something larger than who they are. In American Ocelot, professor Mike Tewes, biologist Hilary Swarts, and rancher Neal Wilkins allowed us to tell audiences the challenges that ocelots face as a species, as well as recovery methods we could be employing to help bring them back.

Q: What drew you to ocelots?

A: Filming The River and the Wall, we were looking into the effects a wall would have on wildlife. I had assumed that it was going to have a great impact on ocelots here because they would not be able to cross between populations in Mexico and Texas. But when we got down there, and I started seeing the habitat myself, I realized it was a lot more complex, that there was mystery and misinformation about the cats out there. I also found it really fascinating that this species, the most beautiful one we have in this country, had never been documented well on video, ever.

Q: How did you manage to capture the footage of ocelots?

A: We had custom camera traps made by a guy in the U.K., then had to customize them for South Texas brush and develop a triggering system to turn them on when the ocelots came by. It took a lot of trial and error to figure out where the ocelots were and the right camera system to capture them. It was a big team effort.

Q: In the film, you have a strong reaction to footage of two kittens. What emotions were you feeling?

A: We knew there was one kitten because we got earlier video of the mom carrying it around, but we didn’t know there were two. We had been fighting false triggers, moisture, bad batteries—we had so many problems with our camera traps. To finally get not only a shot, but one of a mom and two kittens, in the daytime—it was one of the greatest moments I will ever have in my life.

Q: What are your thoughts about the future of ocelots in Texas?

A: Across the world, there have been successful reintroductions of felines—Canada lynx in Colorado, Iberian lynx in Spain, panthers in Florida. It’s not if we can do it, but if we decide to do it. All the pieces are there. To allow our most beautiful species to just continue to dwindle away is not an option. I hope landowners realize the gift they can give to the world by allowing people to research and continue to conserve that brush habitat. Historically, ocelots were in East Texas, Central Texas, along our coast and rivers. People want to live alongside wildlife. People want them; let’s bring them back

Ben Masters’ latest movie, American Ocelot, debuted in December on the virtual Wild Texas Film Tour. It will be available online this spring. Find details on the film’s release and Masters’ other work on his website, benmasters.com.