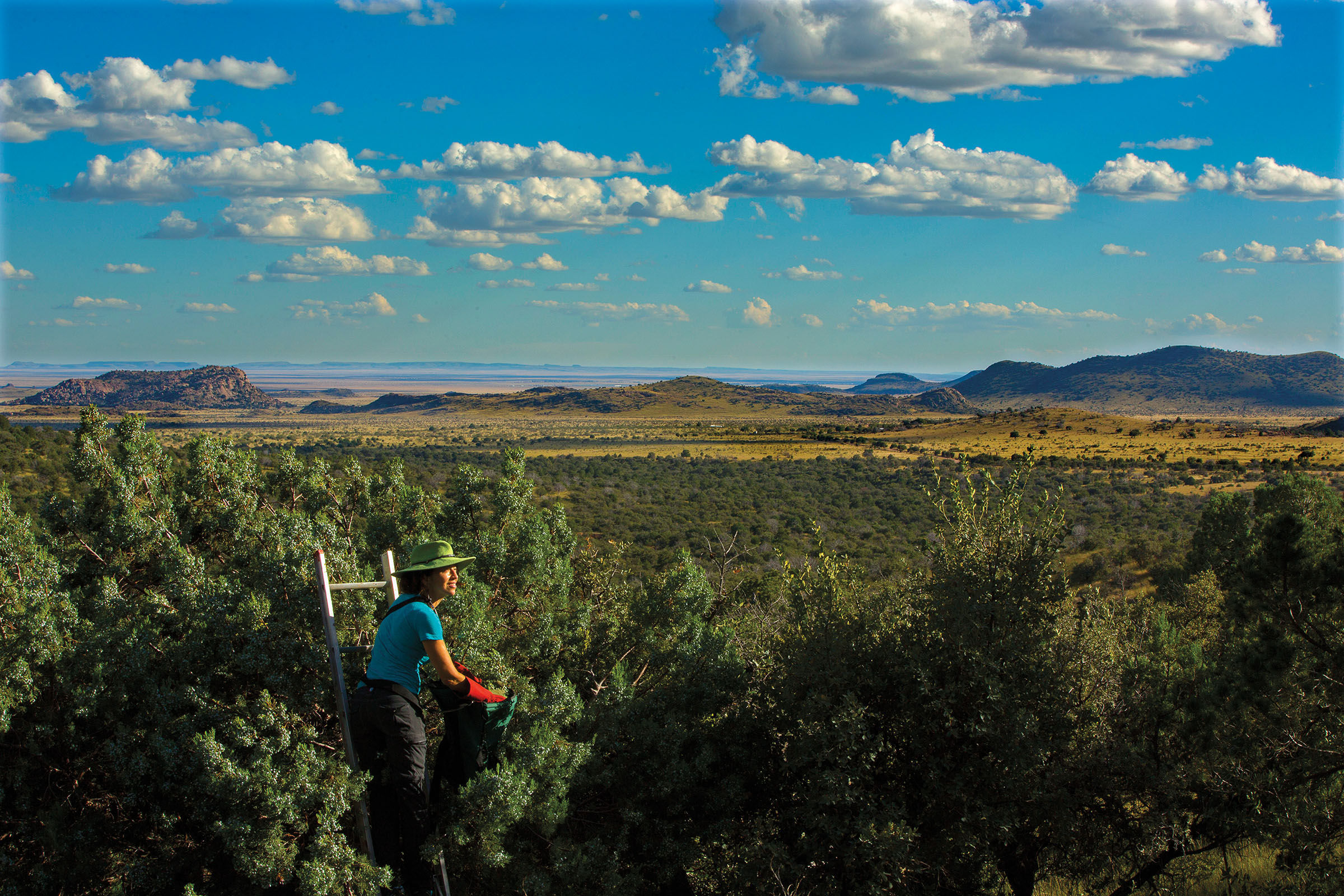 It’s a late October morning in the Davis Mountains of West Texas, and Molly Cummings is atop a scaffold, foraging alligator juniper berries from a wild tree. With her feed bag over her shoulder, she gently grasps the branches, relieving them of their fragrant dusky green fruit. Her day’s haul—between two and 10 pounds—should be enough to produce one batch of her WildBark West Texas Dry Gin. 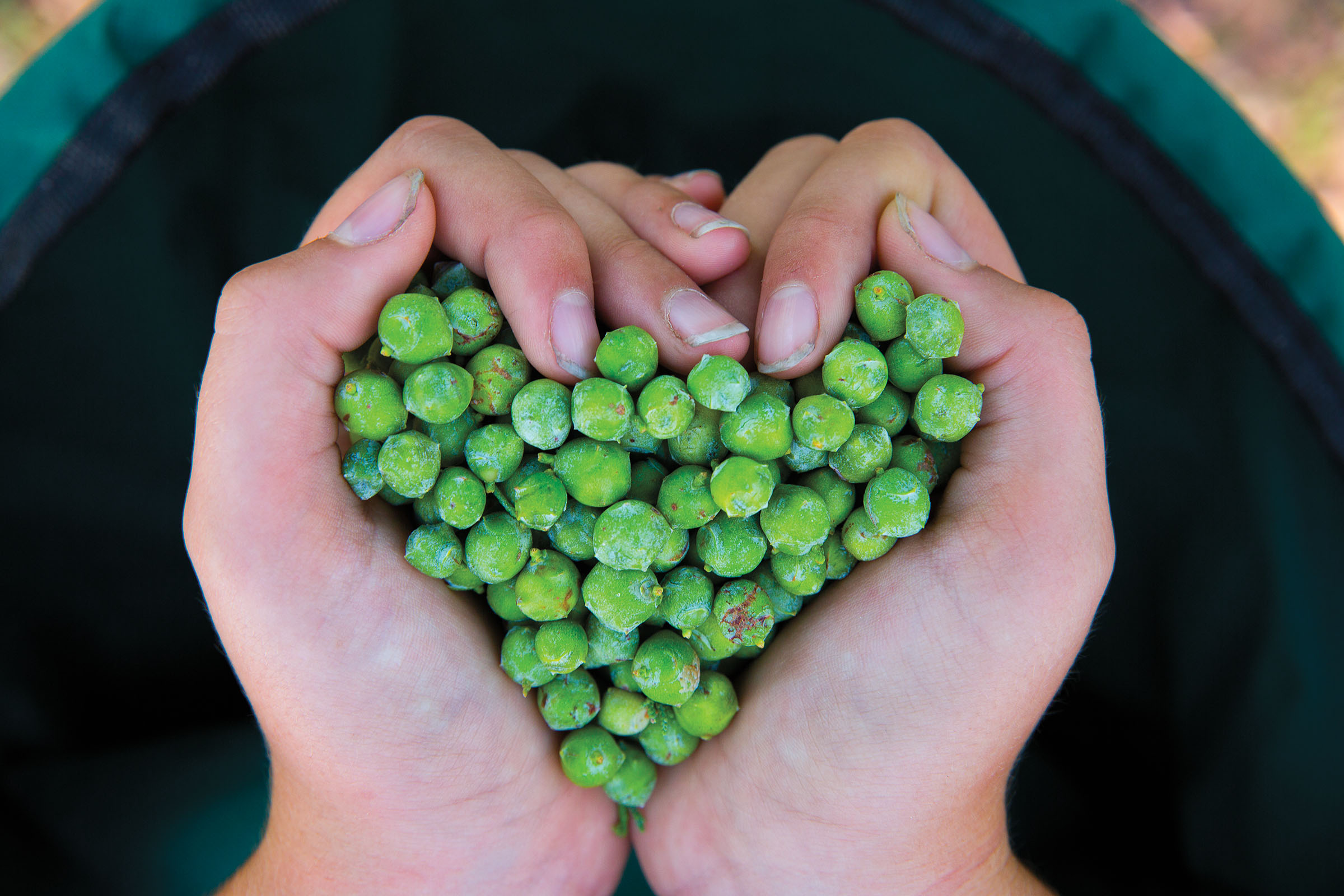 Cummings, a University of Texas biology professor, founded Austin-based WildGins Co. in 2019. The spirits company produces two gins, WildBark and WildJune, which are both distilled from rye and malted barley and infused with juniper berries native to the Davis Mountains. “I knew that we have eight species of juniper in Texas, and I really wanted to create a product that used our native berries,” she says. “Gin allows me to go on a foraging adventure in the mountains, but I also find it the most botanically interesting spirit. I feel a little bit like a pioneer when I’m out there harvesting.”

Most gin distillers use common juniper, which has one of the most diverse geographic ranges of any woody plant. Juniper is what gives gin its signature piney, herbaceous flavor, although there are different styles of gin. London Dry is the best known (think Tanqueray or Bombay Sapphire) and is notable for its juniper-forward profile. Other traditional styles may have a predominant citrus flavor or sweeter profile. New styles like Japanese and Western make use of indigenous ingredients to create distinctive regional tastes.

When doing research and development for WildBark, Cummings traveled around Texas foraging different species of juniper. A fellow scientist told her where to find alligator juniper, also known as checkerbark, which grows above approximately 6,000 feet in the Davis Mountains. While she was collecting alligator juniper berries, she found another type of juniper that wouldserve as the backbone for WildJune.

The plant, red berry juniper, is a rare species mainly found in parts of West Texas and the Panhandle, with the richest concentration in the Davis Mountains. It possesses juicy, sweet, and fragrant berries, which are combined with 10 other botanicals including white pepper, hops, angelica, and cinnamon to make WildJune.

Cummings forages exclusively on private land from August through the fall in partnership with several landowners near Fort Davis and Marathon. “It’s an amazing community out there,” she says. “They’ve really adopted me as their own and are proud that I’m making something so distinctive and indicative of where they live. They know it’s a very special place.”

Every bottle of WildGins lists the nickname of the tree that was used for the batch. “To my knowledge, WildGins are the only single-sourced spirits in the world,” Cummings says. “It’s a whole different level of regionality.”

Find WildGins at your local liquor retailer or visit wildgins.com 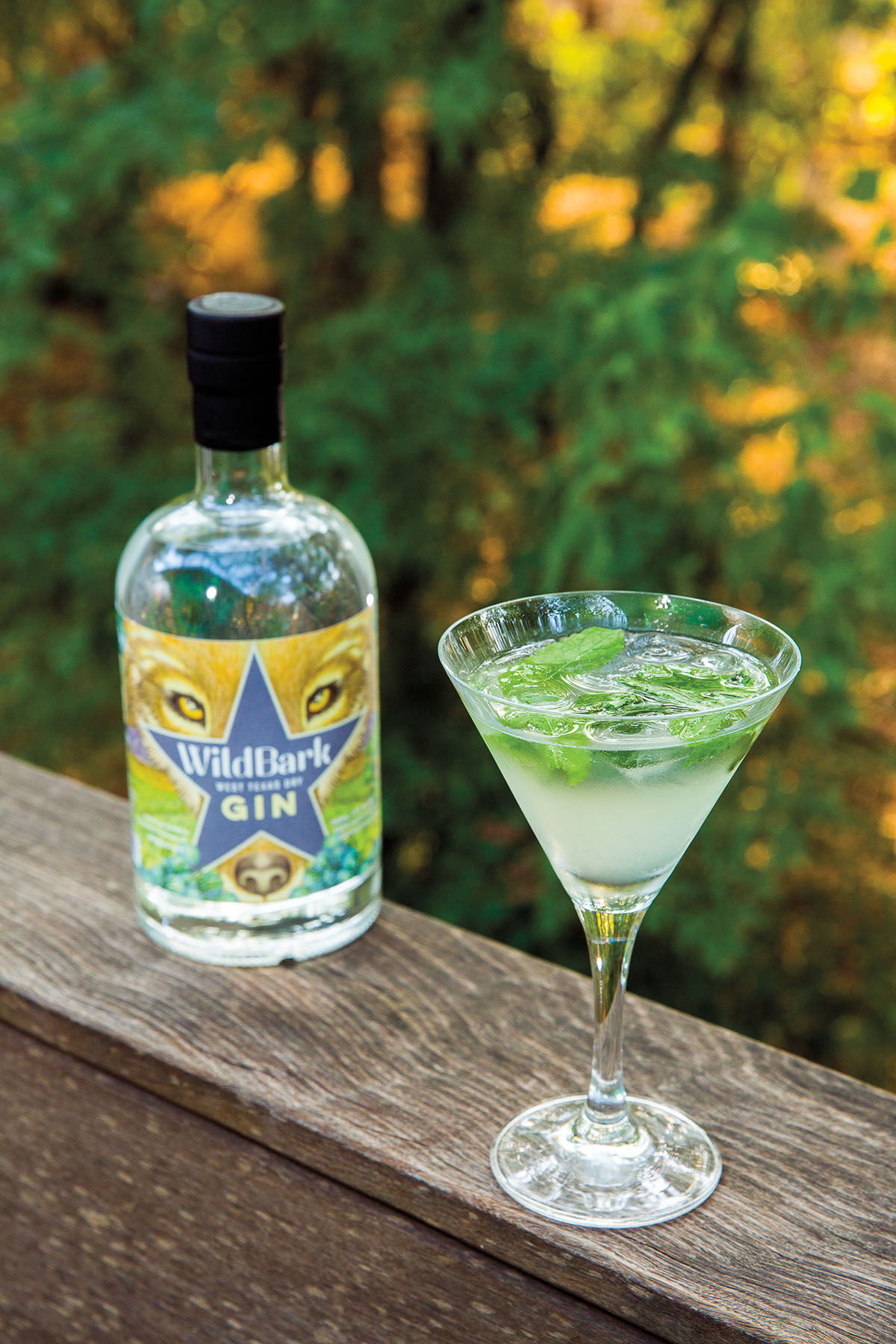 Pour gin and cocktail enhancer over ice into a rocks glass. Top with a splash of your favorite brand of sparkling water. Stir well. Garnish with a basil leaf.