Sales on special draughts go toward local charities for animals, kids, and firefighters 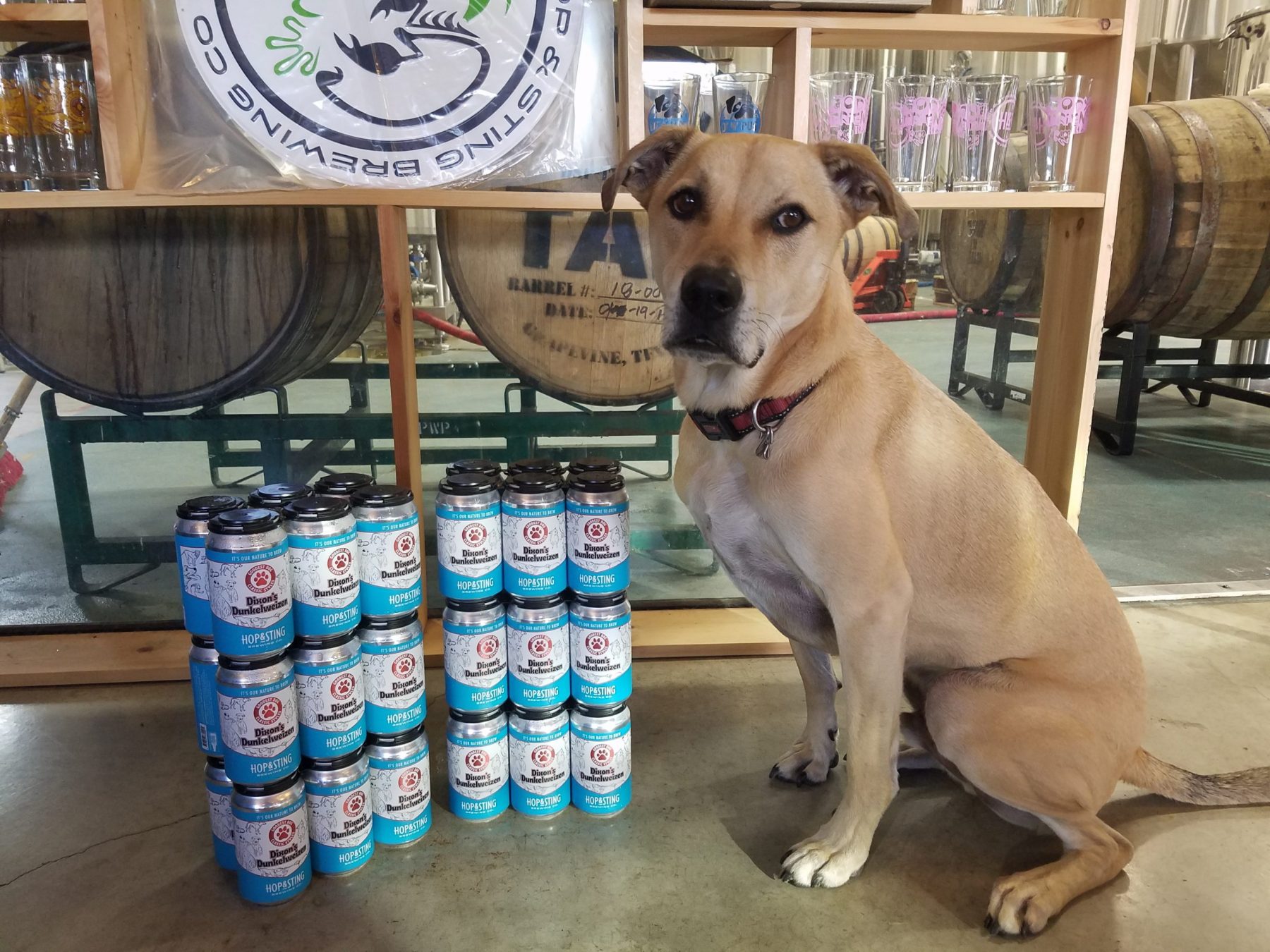 Dixon, the unofficial mascot of Hop & Sting Brewing Co. in Grapevine, poses with some cases of the brewery’s Dunkelweisen. Photo by Brian Burton.

It’s one of the warmest December days in memory and revelers are taking advantage of the sun-drenched patio of Hop & Sting Brewing Company in Grapevine. The air is filled with the smoky aroma of barbecue and the sound of jokes being volleyed among friends. Between tables made from wood pallets, crates, and barrels, a variety of four-legged friends raise their snouts in welcome.

The roaming pups hint to Hop & Sting’s greater mission: producing delicious beer that helps give back to the local community.

One of the brewery’s strongest efforts is the Goodest Dog Series. There are four rotating drafts year-round with 10% of their proceeds going to local animal organizations like Dallas Pets Alive and Second Chance SPCA.

“It’s a privilege to belong somewhere, and we believe in doing in our part,” brewer and cofounder Jon Powell says. “From day one, we knew we wanted to brew beers that would raise funds for local charities.”

The initiative was partly inspired by Hop & Sting cofounder Brian Burton’s dog, Dixon, who rescued from DPA in 2014 and is a fixture at the brewery.

“DPA is so grateful for our partnership with Hop & Sting Brewery,” DPA executive director Leslie Sans says. “Not only does their funding go directly toward the medical care needed to save lives just like Dixon’s, we also value the brewery’s commitment to spreading the word about the needs of the homeless pets in our community.” 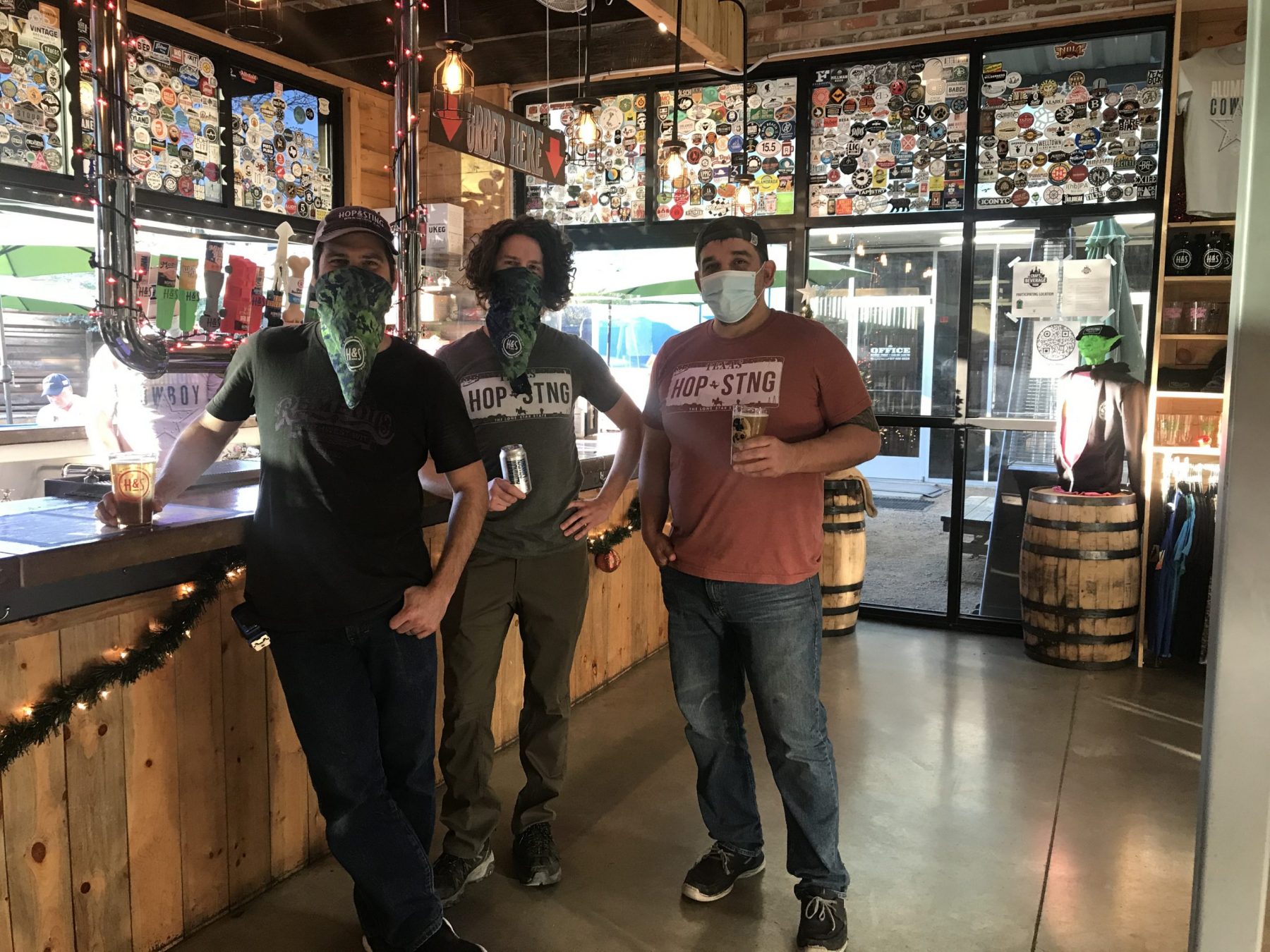 The light and refreshing American wheat beer called Miracle Wheat benefits the Miracle League, a baseball organization for special needs children. “These donations have helped us maintain a high standard of quality baseball for our players and financial relief for their families,” Miracle League director of operations Tom Kormondy explains.

Also on the lineup is Fire Engine Red, an American red ale that honors the men and women of 3113 Grapevine Firefighter’s Association, and Sir William’s, an English-style brown ale that contributes to Concerns of Police Survivors, an organization that gives aid to family members of fallen officers. In March, the brewery expects to release She’s Intense IPA in collaboration with the Pink Boots Society, an international nonprofit whose mission is to encourage and inspire women in brewing.

As the holiday season and new year bring a period of reflection and gratitude, Hop & Sting is more committed than ever to keeping that attitude all year long. “It’s been a tough year, but we’re thankful to be part of a community that supports us,” Burton says. “We take care of each other.”