How to Whip Up the Perfect Tailgate Menu 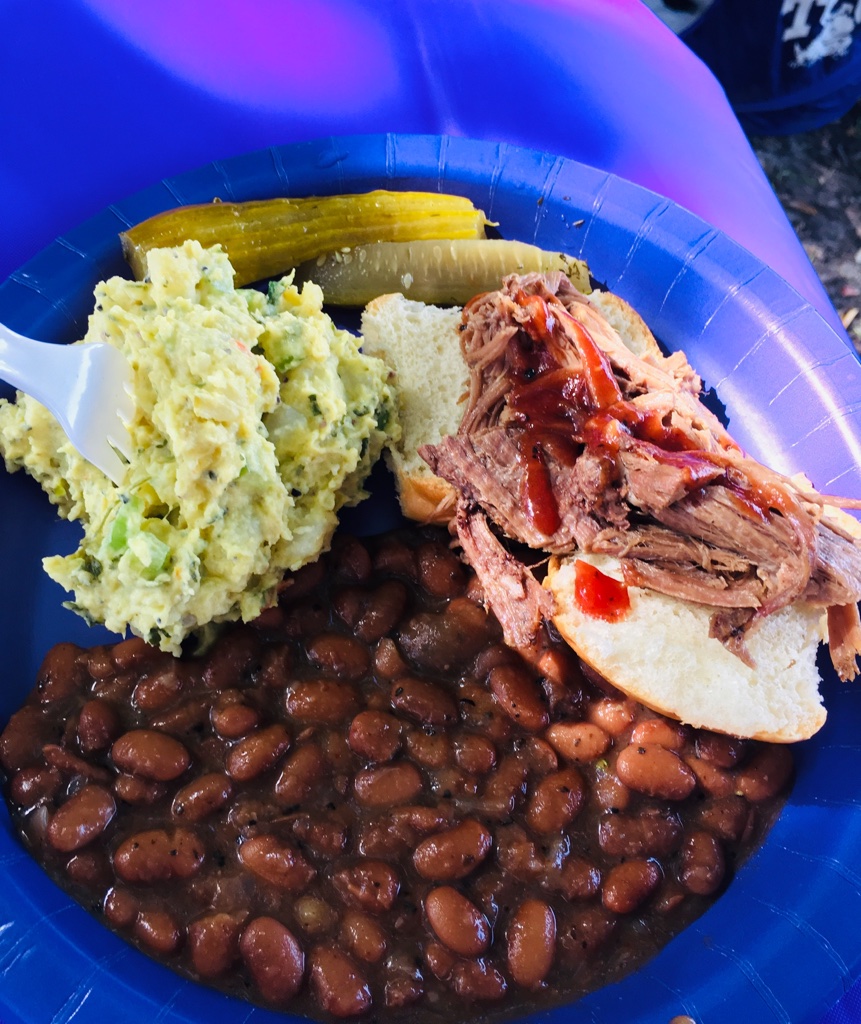 After six years of hosting tailgate parties for their alma mater Texas Christian University, June Naylor Harris and Marshall K. Harris are divulging their best pre-game recipes in The Texas Tailgate Cookbook. Instead of just providing instructions for simple dips and vegetable platters, the Harrises have crafted eight full-blown menus that offer themes such as “Serious Brunch” and “Festa Italiana.” Of course, you’ll also find crowd-pleasers such as chili and barbecue in the book, too.

We spoke with June (a longtime Texas Highways Contributing Editor) about keeping the party going and fans fired up. Plus, she shares two recipes from the book below.

What will readers find in this book?

We chose eight of our favorite menus and made those the eight food chapters of the book. There are other sections that deal with logistics and planning and all the things on the periphery of the tailgate party. Each menu has one entrée, two or three sides, a dessert, and then I do a cocktail pairing with each.

Things that seem to have some kind of festivity to them; things that are easy to put on a plate and easy to eat, especially if you’re having to stand up and eat. Most tailgaters are going to have camp chairs or some kind of seating at their party, but you still want something that doesn’t require you to be sitting at a table.

What we wanted to do with our tailgates is make them more interesting than your basic wings and potato chips and onion dip—not that there’s anything wrong with those, because I love those—but those are what you expect. We wanted our food to be unexpected but also approachable.

Who is this book for?

I think what’s kind of fun about this book is that even if you’re never ever going to throw a tailgate party in your life, this is a good cookbook for [any kind of] party. It’s for feeding a crowd—if you’ve got a family reunion, or you’ve got a big birthday party. I think the book can be enjoyed by people who never had any intention of watching a football game.

“Marshall’s mom, Marlene Harris, began making this slow-roasted brisket decades ago, and it’s a signature dish for which family members would walk over burning coals to get just one bite,” June says.

Make rub by combining all seasonings with sugar, mixing well. Rub evenly over surface of brisket. Place brisket on a sheet of heavy foil big enough to completely enclose it and brush all over with Worcestershire sauce and Liquid Smoke. Wrap tight in foil and refrigerate overnight.

In the morning, place wrapped brisket in a large, heavy pan and bake at 250° for 5 hours.

Remove pan from oven, leaving the oven on. Unwrap brisket and use a ladle to transfer as much of the drippings as you can into a bowl. Stir the cup of Texas Barbecue Sauce (see recipe below) into the drippings. Mix well and pour over the brisket. Loosely rewrap brisket with foil and return to oven for 30 minutes.

Remove from oven, discard excess liquid and allow brisket to rest at room temperature for at least 15 minutes before shredding. For serving, offer hamburger buns so that guests can make sandwiches, with a container of Texas Barbecue Sauce alongside for ladling over the shredded brisket.

“This one is loaded with flavor, thanks to bread-and-butter pickles. We’re big fans of those from Best Maid, based in Fort Worth,” June says.

6 to 8 medium russet potatoes, peeled and chopped into 1-inch pieces

Cover potatoes with cold water in a large pot; bring to a boil, then reduce to a simmer. Simmer, covered, 10 minutes or just until potatoes are tender. Don’t let the potatoes get mushy!

Drain potatoes and allow to cool. Combine potatoes and all remaining ingredients in a large bowl and mash with a potato masher or large fork until almost smooth, allowing some smaller chunks to remain for texture. Chill until serving time.