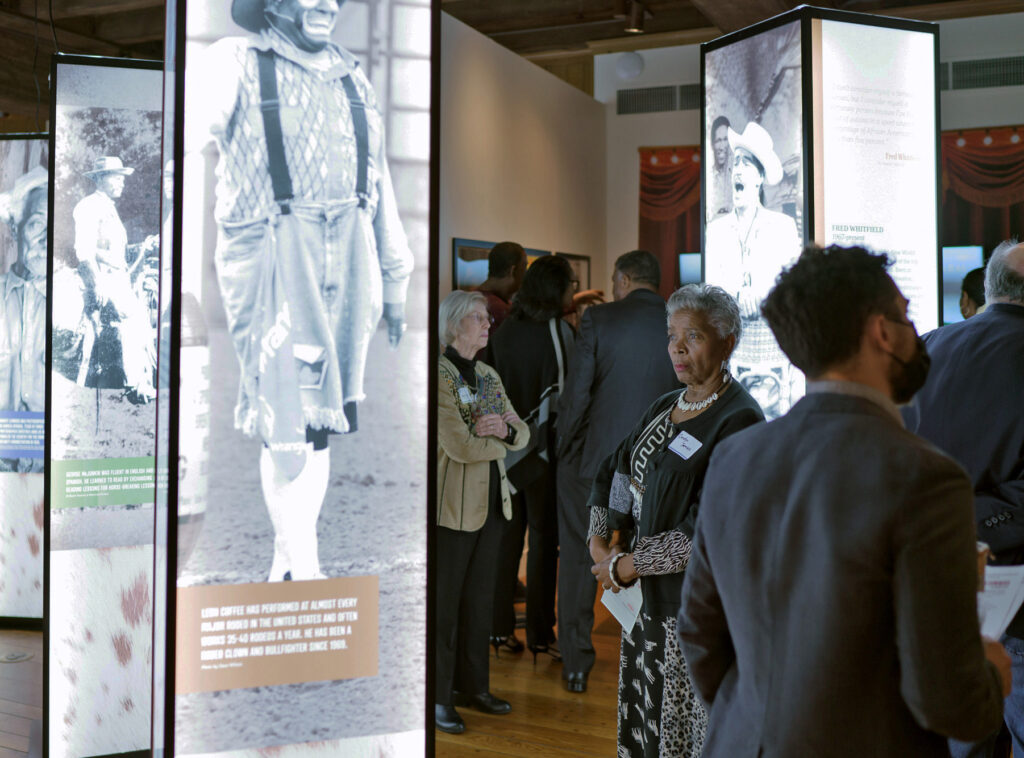 In 1926, Carter G. Woodson, the founder of the Association for the Study of African American Life and History in Washington, D.C., launched the first Black History Week (then called Negro History Week) to bring more awareness of African Americans’ contributions to this country. He chose a week in February because Abraham Lincoln and Frederick Douglass celebrated their birthdays that month, and over time the week expanded to a month and more states began to observe it. Fifty years after Woodson founded the week, President Gerald Ford officially acknowledged Black History Month, deeming it a national observance every February.

This year, Texas’ Black History Month celebrations include a virtual talk with Pulitzer Prize-winning On Juneteenth author Annette Gordon-Reed, a series of one-act plays that address racial justice, and a tribute to a local legend in South Texas.

More activities can be found around the state by checking Texas Highways events calendar.

Black Cowboys: An American Story
Witte Museum, San Antonio
Through April 22
Discover the Black West, where one in four of the cowboys who worked on ranches and rode the cattle trails were Black. This illuminating exhibition at the Witte Museum showcases the work of these cowboys through artifacts, historic documents, and old photographs. One modern-day figure featured is Larry Callies, founder of the Black Cowboy Museum in Rosenberg. During the month, the museum also offers a  conversation with the exhibit’s co-curators and a kid-friendly event featuring children’s artwork and performances inspired by the exhibit.

African American Soldiers of the Civil War
Pierce Museum, Corsicana
Feb. 1-28
The Pearce Museum at Navarro College, founded by collectors Charles and Peggy Pearce, is home to more than 16,000 letters and diaries that allow visitors to gain a better understanding of war’s impact on people, particularly during the Civil War, when Americans fought Americans. For this small exhibit, learn about the African American soldier experience. The Union Army was the first to recruit freed slaves to fight, and many went on to serve as Buffalo Soldiers after the war.

African American Museum Exhibits
African American Museum, Dallas
Feb. 1-28
This museum located in the Fair Park area of South Dallas has three exhibitions that run through the end of the month. They feature photography from the museum’s Sepia magazine collection; a history of the Prairie View Interscholastic League, a high school sports league that existed between 1920 and 1970; and the work of Dallas photographer George Fuller during the 1980s.

Otis Bell’s Edinburg
Museum of South Texas History, Edinburg
Feb. 1-27
The Museum of South Texas History presents this spotlight exhibit about a beloved figure in the Edinburg community. Otis Bell ran a shoeshine business for 55 years, and he became so well known, the city and the Texas Legislature honored him by making Oct. 3 Otis Bell Day in 1991. This exhibit includes an oral history created from his granddaughter’s interview with Bell and historic photographs of Edinburg.

High Noon Talk: Deadwood Dick
Bullock Museum, Austin
Feb. 2
In his book Black Cowboys in the American West: On the Range, on the Stage, Behind the Badge, Michael Searles describes Nat Love (aka “Deadwood Dick”) as “the iconic image of an Old West Black cowboy.” The Bullock Museum presents this in-person and online lunchtime talk with the author and Professor Emeritus of History at Augusta University, who will be discussing the story of Black cowboys like Love.

On Juneteenth Author Annette Gordon-Reed
Online
Feb. 10
The Texas native and first Black recipient of the Pulitzer Prize in History talks about her book, which delves into the history of the Juneteenth holiday and the struggle of African Americans since the Civil War. This lecture takes place at the Virginia Commonwealth University Library James Branch Cabell Library Lecture Hall, but it’s being streamed online and is free to the public. Registration is required.

The How to Be Project: Ten Plays for Racial Justice
Bishop Arts Theatre, Dallas
Feb. 17-March 6
Bishop Arts Theatre presents 10 one-act plays inspired by Dr. Ibram X. Kendi’s book How to Be an Antiracist and that takes up the ongoing conversation about racial justice, with playwrights Jonathan Norton, Eugene Lee, Kristen Adele Calhoun, Erin Malone, and Alle Mims. The production is being presented in partnership with PEN America.

Fort Worth Opera
I.M. Terrell Academy for STEM and VPA, Fort Worth
Feb. 17, 20
The oldest continually operating opera company in Texas offers two concerts for Black History Month: “A Night of Black Excellence: Say It Loud—Songs of a Revolution” (Feb. 17) and “Women, Words, and Wisdom: Songs by Black Female Composers” (Feb. 20). The former features the works of Black and Afro-Latino(a) composers and is co-curated by the company’s general director, Afton Battle, and Metropolitan Opera soprano Karen Slack. The show takes place at I.M. Terrell Academy for STEM and VPA (see here for COVID-19 safety guidelines). Slack is also performing at the latter event, along with Audra Scott, Veronica Williams, Jasmine Barnes, and Joseph Barnes. The group sings songs by Nina Simone, Barnes, Williams, and others.

The Journey: A Celebration of Black History Month
Museum of the Southwest, Midland
Feb. 19
The Museum of the Southwest and the Midland Storytelling Festival host this family-friendly day of spoken word, interpretive dance, and gospel music performances by master storyteller Oba William King (appearing for the first time in Midland), local dancer McKinley Noel Evans, and the West Texas Chapter of the Gospel Music Workshop of America, Inc. The event takes place at the museum and admission is free.

Texas African American Museum Gala with Dr. Khalilah Camacho-Ali
Texas African American Museum, Tyler
Feb. 19
This museum has been in existence since 2017 and acquired a physical home when the city of Tyler gifted it with an old firehouse. All month long, an exhibition about Muhammad Ali takes center stage, with posters, pictures, books, and a replica pair of the legendary boxer’s gloves. On Feb. 19, the museum holds its inaugural gala with guest speaker Dr. Khalilah Camacho-Ali, former wife of Ali. Proceeds from the gala will go toward renovations of the museum’s space.