The Sam Houston Memorial Museum is home to the Steamboat House, which opens to the public 10 a.m.-2 p.m. this Monday 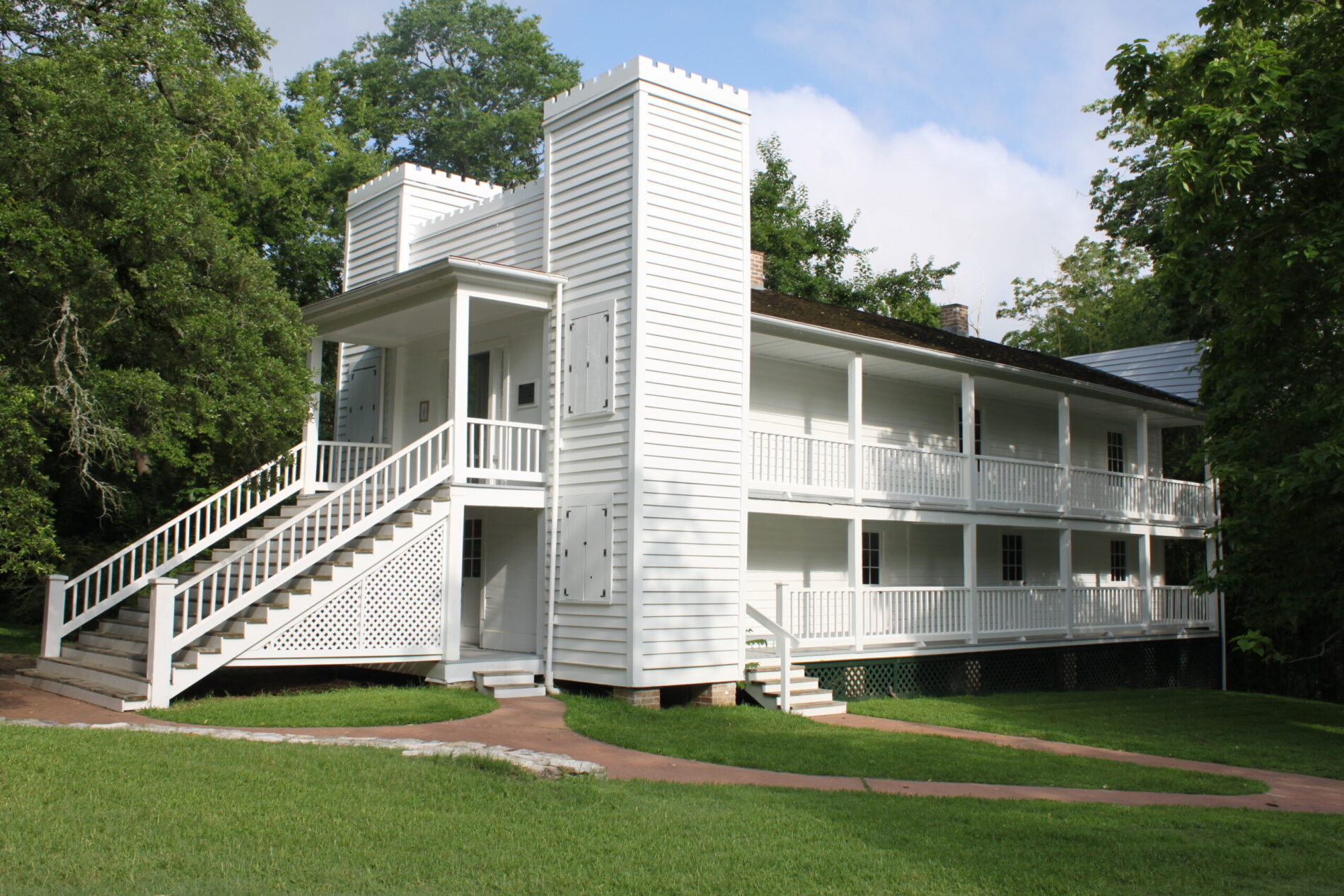 The Steamboat House in Huntsville not only protects artifacts of Texas history at the Sam Houston Memorial Museum, the house itself is an artifact. As such, the stately home where Sam Houston died rarely opens to the public. But visitors will get a chance to explore the two-story white wooden home on Monday, July 26, when it opens from 10 a.m. to 2 p.m. in honor of the anniversary of Houston’s death on the same date in 1863.

Today, Houston is remembered as a hero of the Texas Revolution of 1836 and the first president of the Texas Republic. But in the 1860s, he had become a political outcast, says Mikey Sproat, curator of collections at the Sam Houston Memorial Museum.

“People who had called him a hero some 30 years before for the battle of San Jacinto were then calling him a coward,” Sproat says. 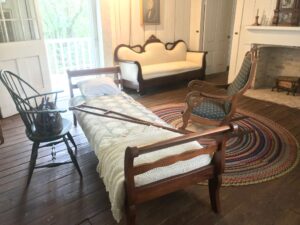 Tensions over Southern secession were behind the acrimony. As governor of Texas, Houston refused to swear an oath of allegiance to the Confederacy after Texas lawmakers in 1861 voted to secede from the United States. Houston left the governorship and retreated to Huntsville, where he and his wife, Margaret, and their children had lived periodically between 1848 and 1858 while Houston was serving as a U.S. senator.

Houston had hoped to buy back his former residence, known as the Woodland Home—also on the museum grounds—but he didn’t have enough money. Instead, he rented the Steamboat House from its owner, Rufus Bailey, in 1862. The house’s unusual moniker derived from the fact that Bailey modeled the structure after an actual steamboat.

“He thought that the best night’s sleep he ever had was on a steamboat, so he wanted to create that,” Sproat explains. “He built the house in 1858 for his son and his new bride. It’s one room wide all the way through, with three rooms on each floor, and has a gallery walkway on the first and second floors on both the east and west sides. It was such an unusual architectural style that it stuck out like a sore thumb. His son hated it and said, ‘Thanks but no thanks.’ Bailey wasn’t able to sell or rent the house.”

That is, until Houston came along. “Here’s this person that nobody liked, and here’s this house that was cheap because it was kind of ugly. So, it was a great match,” Sproat says. 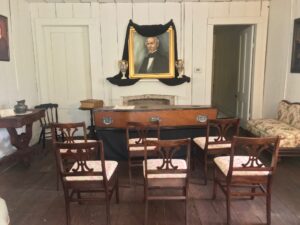 Monday will be the first opportunity visitors have to enter the Steamboat House, including the room where Houston died from pneumonia, since 2013. They will also be able to explore two other downstairs rooms decorated with period furnishings and the upstairs parlor used for Houston’s funeral. A coffin shrouded by a Masonic apron, a funeral notice, and a portrait of Houston draped in black fabric depict how the room would have looked for the funeral.

Few mourned Houston’s passing in 1863, but his stature has grown over the years, and now the anniversary of his death is a milestone worth observing. “As the decades go by, we recognize how much of an impression he made, not only on Texas but on the United States as a whole,” Sproat says.

The Sam Houston Memorial Museum is at 1836 Sam Houston Ave. in Hunstville. On Monday, the main museum building will be closed, but the 15-acre grounds will be open. The Steamboat House will be open 10 a.m.-2 p.m. 936-294-1832; samhoustonmemorialmuseum.com.