The Texas Parks and Wildlife Department says the park, which is currently closed for repairs, will add 643 acres of neighboring land. The state has not given dates for either the pool's reopening or the debut of the new parkland. 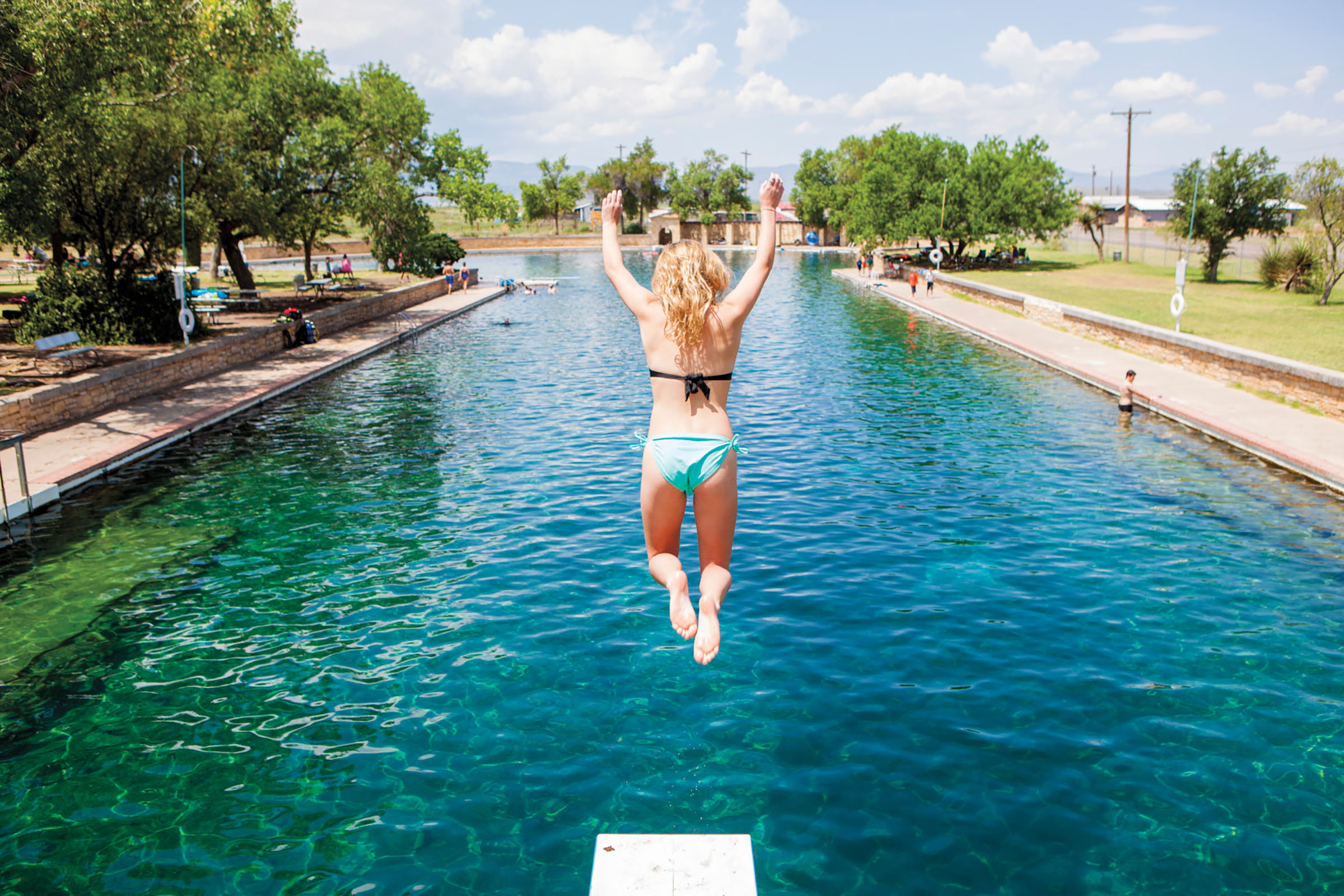 Balmorhea State Park, where a spring-fed swimming pool sparkles against a prickly desert backdrop, is set to expand to nearly seven times its current size.

The popular West Texas park, where swimmers and scuba divers glide through clouds of fish, will add 643 acres to the existing 108 acres, Texas Parks and Wildlife officials announced this week. The new land will provide hiking and nature-watching opportunities, and includes the crest of Carpenters Hill, originally envisioned as part of the park but never acquired by the state.

The Civilian Conservation Corps built the park in the 1930s, constructing a 1.3-acre, dish-shaped pool and other improvements using local limestone and handmade adobe bricks. The pool measures 25 feet at its deepest, and water temperatures hover between 72 and 76 degrees. San Solomon Springs, which feeds the swimming hole, is home to two endangered fish—the Pecos gambusia and the Comanche Springs pupfish. After leaving the pool, water from the springs empties into two man-made cienegas, or desert marshes, where visitors can observe wildlife.

“Balmorhea is such a unique park,” said Stephanie Salinas-Garcia, a spokesperson for the Texas Parks and Wildlife Department. “It’s a wonderful gateway into that West Texas landscape and shows the beauty of the area. It’s exciting to be able to provide more opportunities for outdoor recreation for people visiting the park.”

The park, 57 miles west of Fort Stockton and near the foothills of the Davis Mountains, draws its name from the combination of the surnames of four men—E.D. Balcom, H.R. Morrow, Joe Rhea and John Rhea—who formed an irrigation company in the area in the early 20th century. The park is actually located in a tiny town called Toyahvale, about 4 miles southwest of the town of Balmorhea itself.

Today more than 200,000 people visit the park each year, and the park often reaches capacity on summer afternoons.

But the facility has dealt with repeated closures and maintenance issues in the last few years. In 2018, officials closed the pool for repairs after they discovered a crack in the retaining wall in the diving area. It opened for the 2019 summer season, but closed again in September 2019 so crews could repair the park’s septic system, install a new fence of wrought iron and limestone to replace the existing chain link one around the pool, and reconstruct a CCC-era pergola. Renovations are also being made to the 34-site campground, the manager’s house, the concession building, and San Solomon Courts, the park’s retro-looking lodge.

The pool remains closed today, and the park says it hopes to reopen by late summer.

The state purchased the land for the park expansion at its appraised value from a private owner, through the federal Land and Water Conservation Fund established by Congress in 1964 to provide recreational opportunities such as parks. The fund invests earnings from offshore oil and gas leasing.

The new parkland won’t open to the public “for some time, and we don’t have a timeline for it at this time,” Garcia said.