The baker and "Bread on the Table" author dishes on how to make the perfect loaf, with or without yeast 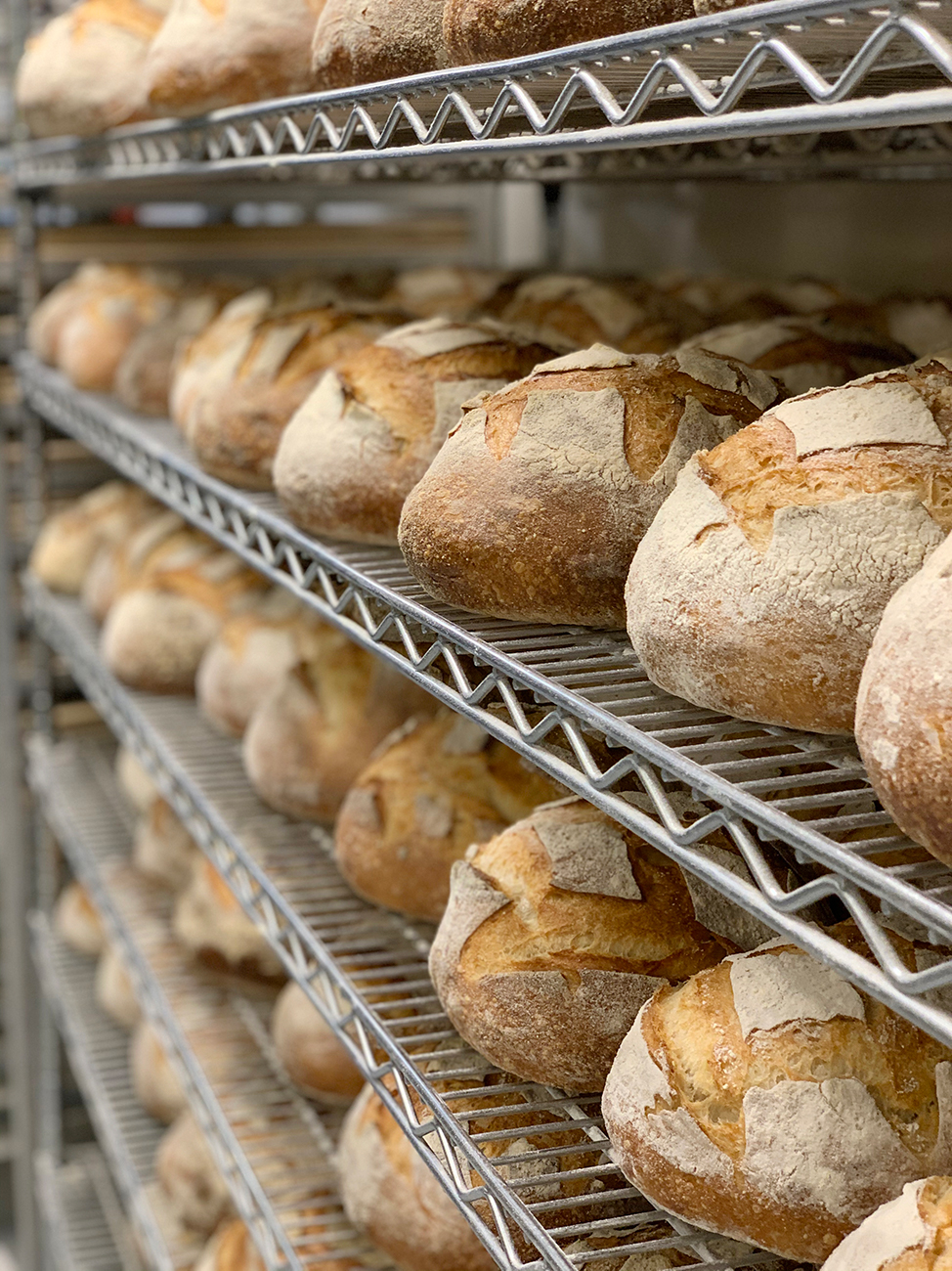 David Norman, the “head doughpuncher” at Austin’s Easy Tiger bakeries, is thrilled that so many people are starting to bake during the quarantine.

The COVID-19 pandemic hasn’t slowed him down much: his bakeries are still in operation, selling bread and other foods through carryout and delivery at the store’s LINC location and at local grocery stores. On top of that, the company is donating 10,000 loaves of bread to locals in need through partners like the Central Texas Food Bank, Keep Austin Fed, and Meals on Wheels, with the help of customer donations.

“We just really want to give back to the community,” says Norman, a 2020 James Beard Award semifinalist and author of last year’s cookbook Bread on the Table. “There’s a lot of extra people who need help with food. We feel very fortunate to be able to keep a large chunk of our business going and keep employing a large chunk of our people, and so we’re trying to give back.”

To get people started baking their own bread, Easy Tiger is selling sourdough starters and 5-pound bags of the flour used in-store. If you need some extra guidance, join the Easy Tiger Bread Winners Facebook group, where bakers of all skill levels converge to ask questions, share their progress, and get expert advice.

We spoke with Norman about the bread-baking process, what can go wrong, and how to make sure things go right. And once you’re ready to go, try out this simple sourdough recipe, or if you’re in for a challenge, Norman’s country sourdough recipe. 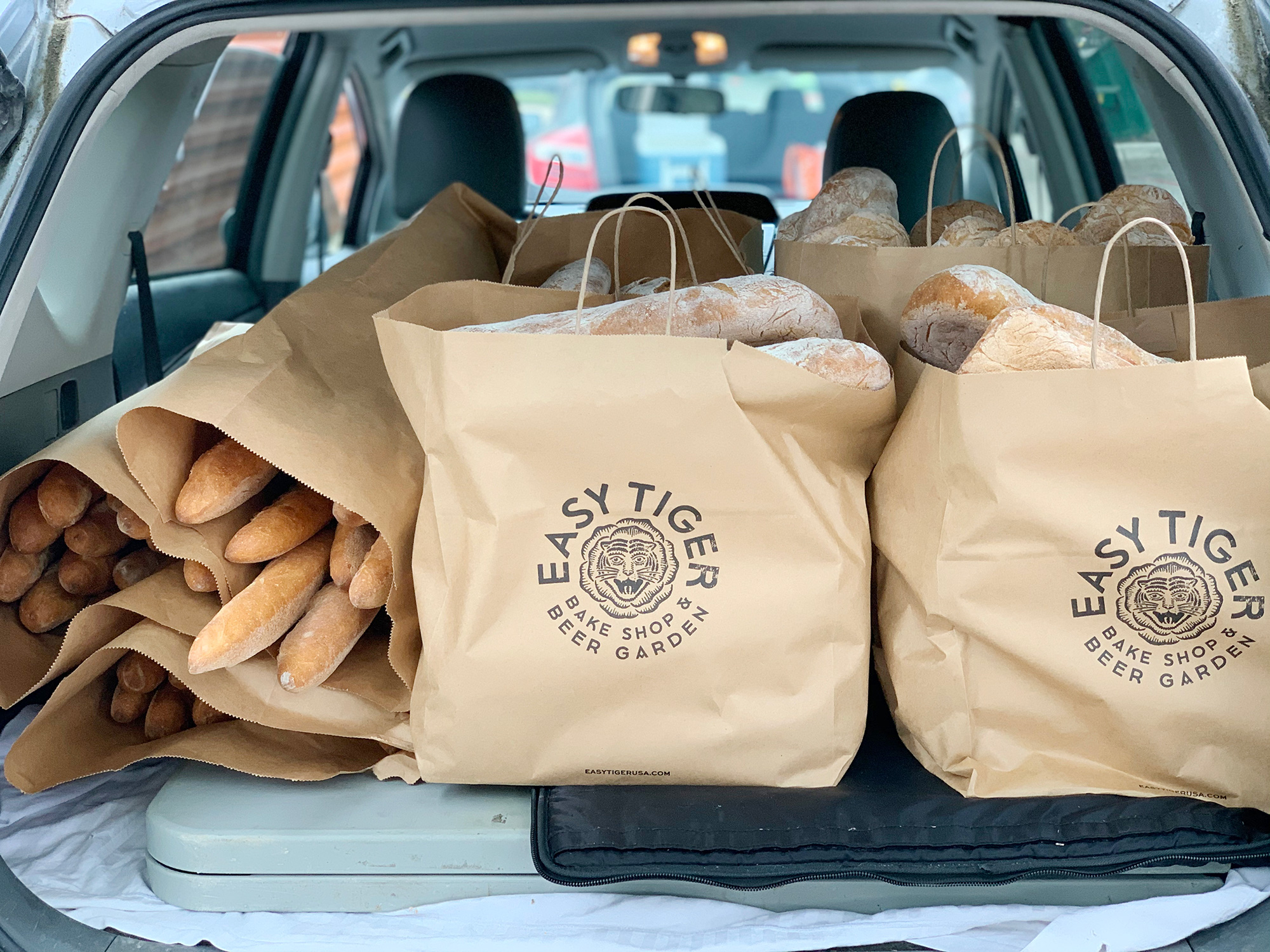 Is it hard to learn to make bread correctly?

Bread baking takes time—it’s about giving things enough time. It takes a little bit of experience. The second, third, fourth time you do it, it’ll be better and better because you get a feel for the dough. It’s hard to describe that without just doing it a few times. I’ve also seen some really, really great loaves from first-time bakers. It’s amazing.

What kind of flour works best?

There’s been a shortage of yeast at grocery stores. Can you make bread without yeast?

You can certainly make a sourdough bread with a natural yeast, with the sourdough starter we have available. If you don’t have a starter, you can make your own starter, but it does take a while—the method I use takes seven days, and some other methods take even longer. That’s just taking flour and water and mixing them together and letting them sit for a while till the natural wild yeasts in the air start to grow in there. You’ll start to see bubbly activity in a couple of days, and then you start feeding it every day [with flour and room temperature water] to bring it up and make it mature.

Most of the breads we’re seeing on our [Facebook] group are made with the sourdough starter; they’re not using commercial yeast at all. Our kit comes with instructions and it comes with feedback from us and that interchange of ideas and recipes that comes with it. You’re getting a mature starter that you can kickstart your baking with, and as long as you keep a little piece and keep feeding it, you can maintain it forever. If you do something wrong, we’ll replace it, no worries. That’s what you’re getting when you get the kit.

Sure, a sourdough starter is a culture of wild yeast and also some lactobacillus, beneficial bacteria, that you use in place of commercial yeast to leaven your bread. It’s fermenting and giving off carbon dioxide, which is captured in the gluten in your dough, and that’s what makes the dough lighter. It also adds extra flavor, and the acids help with the longevity of the bread—it actually keeps longer if you use a sourdough starter.

Is sourdough a good place to start?

I didn’t used to say that so much, but we’ve had such good luck with our group with people getting our starters and doing really well with it. If you maintain that starter and feed it, you can make it so that it’s just as easy as yeast baking. 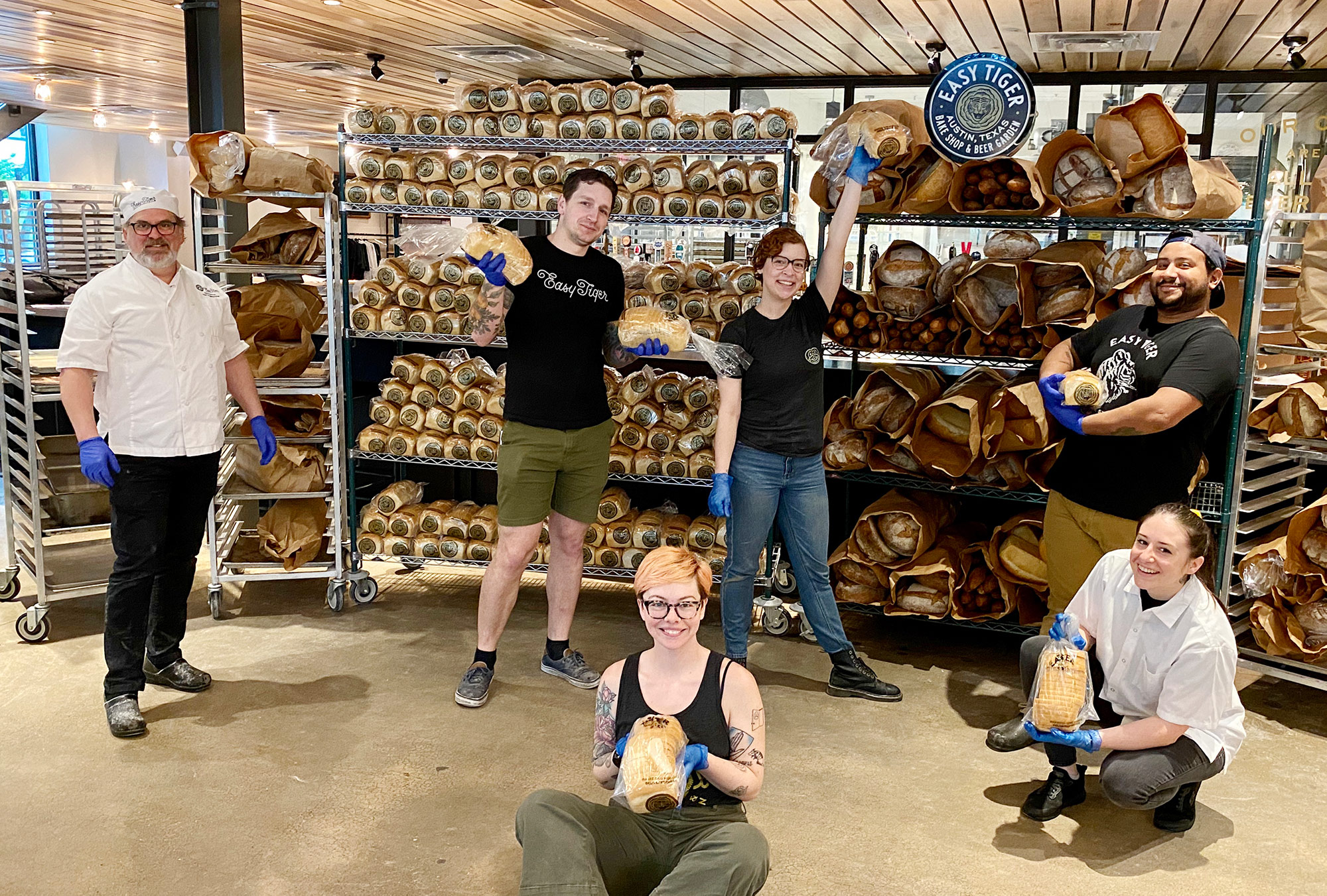 What kind of equipment is necessary?

It doesn’t take a lot of things. You need a big bowl to mix dough in, and you need it big enough so the dough can double in size. I like to have a plastic dough scraper with it. That’s handy for a lot of things, to scrape the dough off the bowl or off your counter. And I like to use a digital scale. The way you scoop flour for volume measurements can vary so intensely, and keeping the ratios in bread-making is kind of important. It doesn’t have to be as exact and scientific as some people think it does; there’s still a lot of feel to bread baking, but it helps if you start out with the right ratios, and weighing your ingredients helps a lot with that.

You’ll need something to let the dough rise in. You can mail order a fancy proofing basket, but you can also just take a medium-size bowl and line it with a tea towel and put your dough in that to rise.

For your oven, the hard part is trying to replicate a bread oven in your home oven. There are a couple of things that can help you do that. A pizza stone is really great because that absorbs and holds a lot of heat, and then because you put your bread directly on it, it gives that immediate heat back to the bread. And then something to make some steam or moisture in the first part of the bake is good, so I take an old cast-iron skillet, I put a bunch of nuts and bolts in it, or lava rocks, something that’s going to heat up so that when you pour water on it, it makes steam. An alternative to that is a Dutch oven with a lid. You have to preheat both options, I recommend for about an hour, before you want to bake, so that everything gets heated up. Your whole oven needs to be heated up, not just the air inside.

You can also preheat a Dutch oven if you have a cover for it, and then you don’t need a steaming pan because you’re just capturing the moisture from the loaf itself to let it expand in the beginning. Then you take the lid off 20 minutes in and let that crust get crunchier.

That’s basically all you need.

Do you ever bake bread at home?

I didn’t for a long time. I put out a book this past fall called Bread on the Table. I did a lot of home baking in preparation for that because all of those recipes were tested at home. And now of course I haven’t been doing it as much, but my son wants to make some sourdough, so I think we’re going to bake bread this weekend. That’ll be fun.

So it’s possible to bake bread with kids at home?

I think it’s a great project. It depends on your kids. It takes a little bit of patience. Bread does take time. You really need to set aside a day to do it right, but you’re not active the whole time. So, the way I make bread, you’re active for 10 or 15 minutes in the beginning, and then over course of the next hour, you just need to go in and fold the dough every 15 minutes. But it takes like two minutes to fold it. It’s easy to do, and certainly the kids can help with that sort of thing. You can do it around your schedule; you can wash the dishes or put in the laundry or read your novel or get on your conference call while it’s doing its thing. Most of the time it’s doing its own thing, which is cool.

What are some of the things people often do wrong or misunderstand while home baking?

Most home recipes, over the past 100 years, have you adding flour as you’re kneading to make the right consistency, but what can happen is, if you add too much flour too quickly because you think it’s too sticky, you make a dry bread, and you’re not actually developing the gluten. The way I recommend to do it, I tell people not to add flour during that part. It is sticky, but it gets less sticky the more you develop the gluten. And then you turn up with a nice moist loaf.

The temperature thing is difficult, too. It’s a small dough, so the room temperature can influence the temperature of that dough, even if you start out with a good dough temperature. It’s little things like that.

It sounds like bread baking is half very scientific and half very intuitive.

There’s science behind all of it, the controllable parts, but yeah, you need to have a lot of feel for it too. But that’s what makes it fun. We make hundreds of loaves of bread a day. It is repetitive work, the same thing over and over again, but because it’s a living thing and because it’s different all the time, that keeps it interesting.