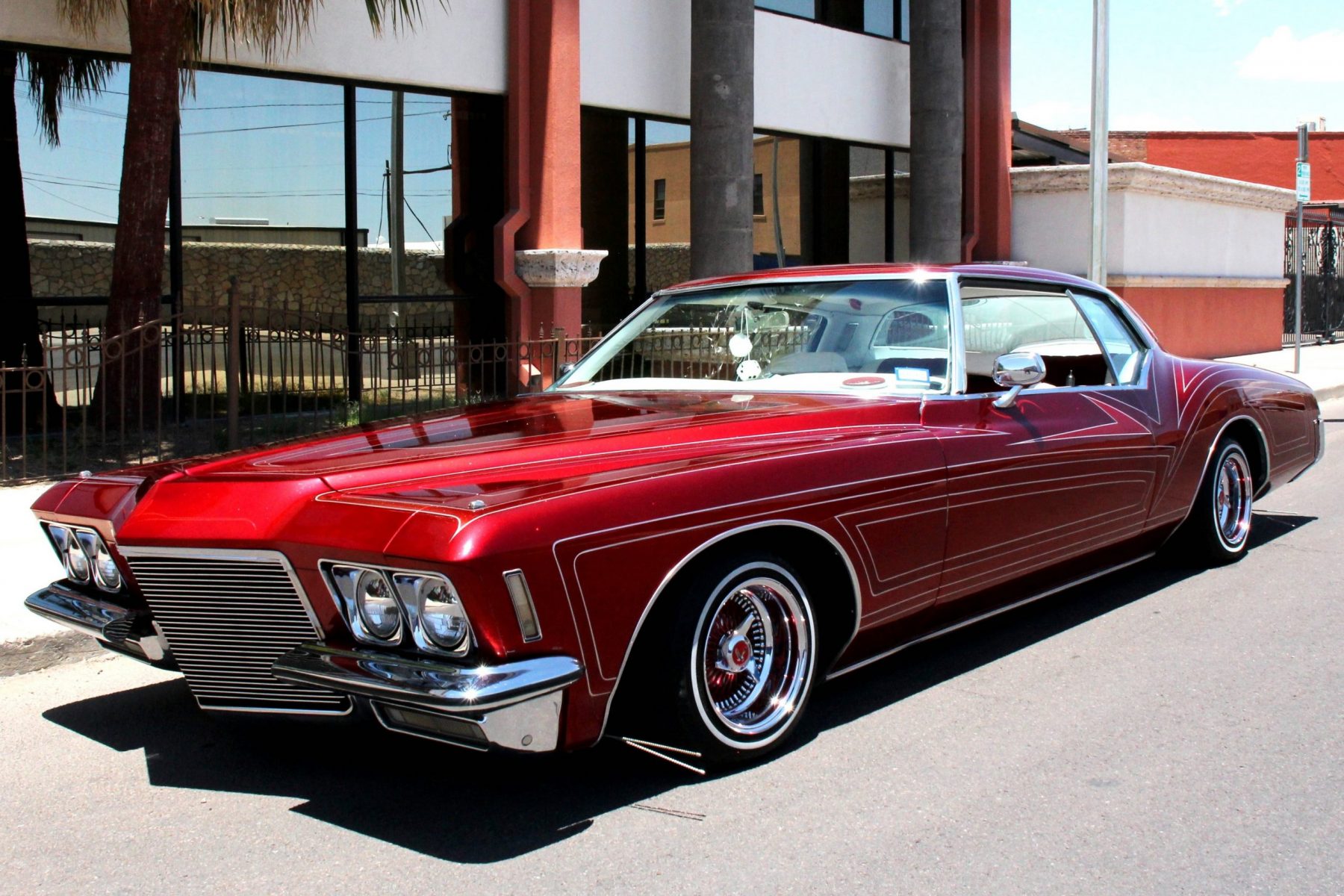 Lowrider culture isn’t difficult to find around El Paso. It’s in the oldies the local radio station 92.3 The Fox plays for eight hours each Sunday. It’s in the car clubs that gather at parks around the city, sometimes listening to that same music on that same station. It’s in the murals around the city. It’s even in the city’s nickname, El Chuco, which is an abbreviated version of pachuco, the term for the zoot suiters who are a part of the lowrider scene. And now it’s in the El Paso Museum of History’s latest exhibit, Low & Slow: Lowrider Culture on the Border.

“It’s a good deal for our lowrider community,” Mando Espinoza says. He’s a member of the El Paso Lowrider Association and drives a 1972 Buick Riviera GS with hydraulics, painted in three shades of candy apple red. He also runs EPTCruising.com, a website that serves as an information center for car shows, benefits, and fundraisers in the city and across the Southwest.

Espinoza was born and raised in El Paso, where he grew up around lowriders. “I loved to see the cars pass by and all that stuff, the lifestyle and culture of it,” he explains of a scene that includes car clubs and car shows, cruises and cookouts. When the El Paso Museum of History wanted to dedicate an exhibit to this subject—the museum’s first exhibit open to the public since the pandemic—Espinoza was there to help in the same way he’s used lowriding to help the community.

During the first week of January, Mexico celebrates Día de los Reyes Magos, a holiday to honor the Three Wise Men. It’s an opportunity for Espinoza to organize a car show that helps provide diapers to an orphanage in Juárez. “That’s a unique thing we have here in El Paso with our lowrider community,” Espinoza says. “We help each other with benefits and fundraisers.”

Lowriders are a big part of El Paso life. During the worst parts of the pandemic that hit the area especially hard, lowriders organized drive-by birthday celebrations. “In El Paso, Texas or Chuco, Tejas, the Lowrider is more than a weekend hobby,” reads an exhibit placard near a blue pinstripe zoot suit. “Lowriding is a way of life. It is not a subculture to the Mexican American experience but part of a complex form of lived history and visual culture.” 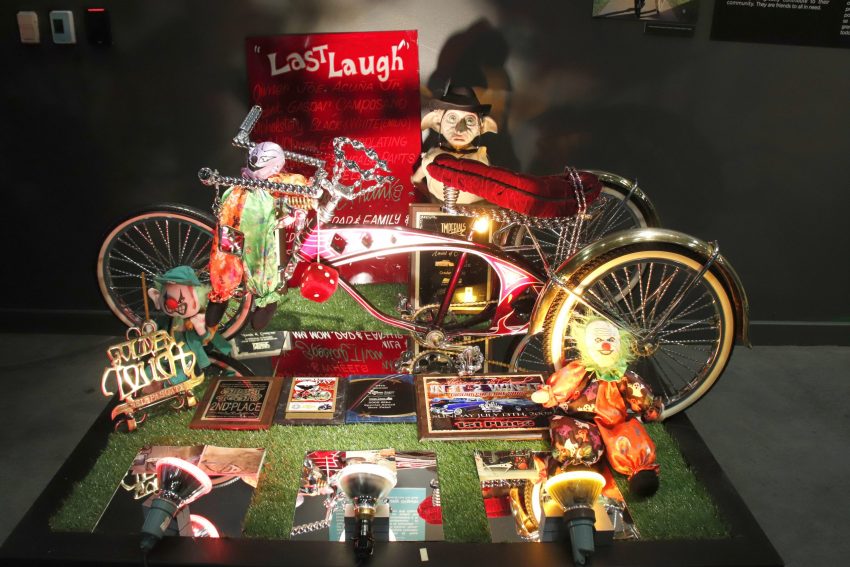 A lowrider trike from Golden Touch club is one of the featured pieces in the Low & Slow exhibit.

Low & Slow opened April 8 and runs through mid-May, but this past Saturday, the downtown museum was full of lowriders and pachucos celebrating their recognition.

“I’d say easily over 300 people showed up,” Oscar Pacheco says. Pacheco is a pachuco, just like his parents. He says the zoot suits that pachucos wear have always been like a magnet that attracted him. As a boy, he saw how, by just wearing a zoot suit, his dad transformed himself. “He was my dad, but when he put that suit on, he was a different person,” Pacheco remembers.

Unlike the lowriders that likely originated in California, then moved east to Texas, pachucos came from Juárez and El Paso in the 1930s, then moved west to California. Pachucos speak their own slanguage, caló, which is related to the Spanglish born on the Texas-Mexico border.

“The lingo threw some people off,” Pacheco says of Saturday’s event that brought together lowriders and pachucos with people who, though they might have seen lowriders around the city, weren’t familiar with the culture. As pachucos talked among each other, some who overheard their conversations couldn’t understand everything that was said. “I had a young man asking, ‘What does that mean? What does that mean?’ I had to explain to him that it’s a slang word. It’s not really in the dictionary. If you Google it, I don’t think you can find it.”

Like Espinoza, Pacheco thinks the exhibit is great for the culture. He says it will help destigmatize lowriders’ and pachucos’ associations with gangs. He says it helps reconnect people with part of their forgotten history. “A lot of our own people, they aren’t in tune with their culture,” Pacheco explains. “We’re hoping that this exhibit opens everybody’s eyes.”