Schroeder Hall in Goliad County took advantage of the shutdown to make improvements before reopening in September. 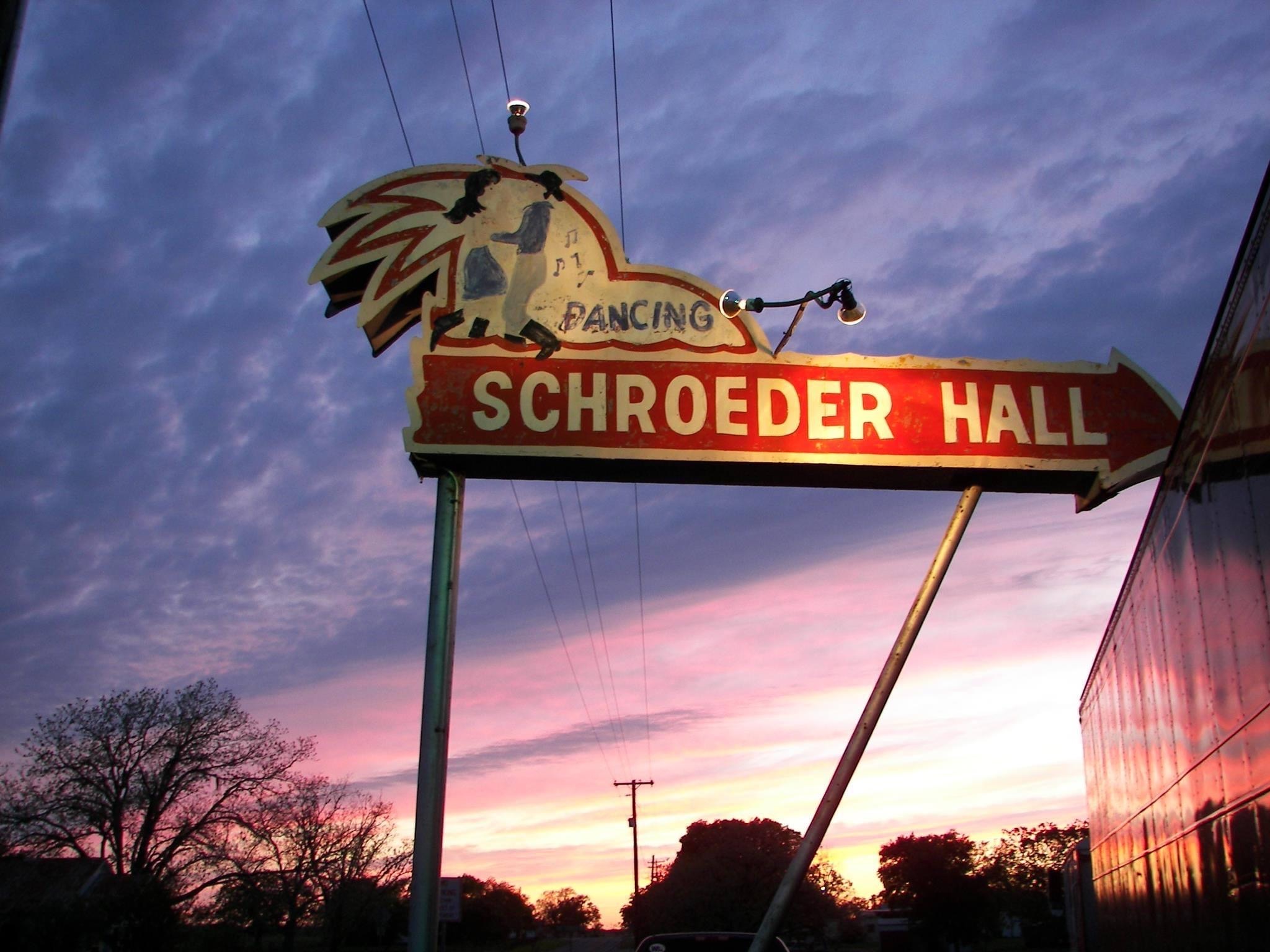 Schroeder Hall in Goliad County is one of many of Texas’ historic dance halls navigating the pandemic. Photo courtesy Schroeder Hall

Generations of Texans have grown up learning to two-step and waltz in historic dance halls, the shuffling of their boots smoothing the halls’ wood and concrete floors through the decades.

But as venues for bringing people together, many of these historic dance halls face uncertainty as the coronavirus pandemic has forced them to cancel concerts and fundraisers—even as bills keep rolling in.

Some halls have shifted to serving food, but many can’t pivot into restaurant mode because they don’t have needed facilities, permits, or expertise, says Casey Jordan, executive director of Texas Dance Hall Preservation, a nonprofit organization that works to protect and promote the halls.

“It’s a perilous time for a lot of these halls,” she says. “A lot are run by volunteers, many by older folks who are being cautious about reopening.” 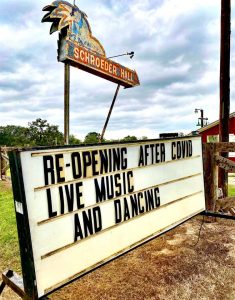 The dance halls have been a tradition in Texas since the 1850s, when German and Czech immigrants moved here and built the halls for community events and dances. “We need to keep a tradition alive that’s very uniquely Texas—architecturally and culturally,” Jordan says.

Christine Krause is in the midst of that effort as the co-owner of Schroeder Hall, the second-oldest operational dance hall in Texas. Located in Goliad County community of Schroeder, about 15 miles northeast of Goliad, the barnlike structure with an oak dance floor opened in 1890 and has has hosted stars including Merle Haggard, Charley Pride, Willie Nelson, Tammy Wynette, and George Jones over the years.

After a temporary closure because of the pandemic, Schroeder Hall reopened in September and offers a regular lineup of music, along with a bar and a restaurant serving foods like hamburgers, brisket, nachos, and pizza. We spoke with Krause about how the hall and the trials of the pandemic.

Krause: Schroeder was originally built in 1890 by the German community who settled here. The original structure had a bullpen area, where the dance floor was. You had to pay a small fee to go out on dance floor, and the bullpen was where people who didn’t pay a fee could stand and watch. A large fire in Schroeder in 1925 burned several buildings. They wanted a better and bigger dance hall, so they tore down the old one and rebuilt it in 1935. The current dance floor was made with wood brought in from Arkansas in the 1950s.

TH: When did your family get involved?

Krause: My mother-in-law, Linda Krause, bought the hall on eBay in 2017. She and her husband had met here, and for years they’d been going to dances here. In 2017 the building was falling down in some places. It probably would have been cheaper to raze it, but she wanted to keep the original structure.

TH: What does the dance hall look like now? 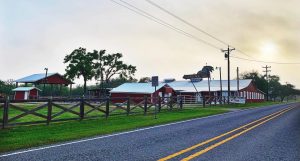 Krause: The inside of the hall is pretty much the same as it always has been. The dance floor was solid—it just has to be polished and taken care of. And a new outdoor stage was built out front in 2017.

TH: You and your husband, Aric, took over just before the pandemic. What’s happened since then?

Krause: We decided that if we had to be closed, this was a great time to do an audit. We also began a kitchen remodel. We held proms here for three nights as a free event for seven counties … and opened a few weekends in June. [After closing again per TABC rules], we reopened again on Sept. 3.

TH: What are you doing to keep patrons safe?

Krause: We just ask that people maintain proper social distancing and stay with the group they came with. Tables are set 6 feet apart. Our dance floor is very large, and people can maintain distance when dancing. If you want to wear a mask you can, but it’s not required.

TH: Why is it important for people to visit?

Krause: When you come to Schroeder Hall you can feel the stories of the people that came here before in the walls and the dance floor. We want that tradition of live music and family and dancing continue on for years to come.

TH: What’s on the schedule?