Dr. James Ayres Reflects on 50 Years of the University of Texas at Austin’s Shakespeare at Winedale Program 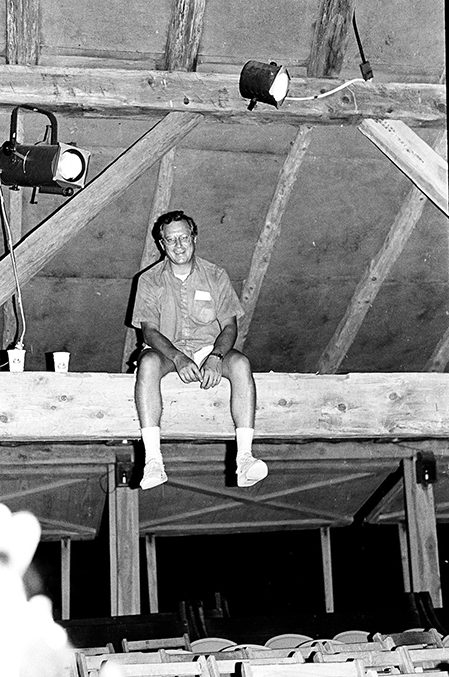 “Doc” Ayres surveys the scene from the rafters in the barn at Winedale.

In the fall of 1970, at a luncheon at the Winedale Historical Center in Round Top, philanthropist Ms. Ima Hogg invited University of Texas at Austin English professor Dr. James Ayres to perform Shakespeare in the 19th-century barn she had gifted to the property. Weeks later, he came back with his class to stage a production of Much Ado About Nothing. Shakespeare at Winedale was born. This nationally respected nine-week summer UT program, which Ayres presided over until 2000, teaches Shakespeare through performance. In so doing, it has impacted countless students’ lives for the better.

Shakespeare at Winedale’s long-term success has also influenced Austin theater, inspiring groups like Rude Mechanicals and prompting the development of several offshoot programs. These include Camp Shakespeare, a two-week camp for 11- to 16-year-olds; Shakespeare at Winedale Outreach, a program that brings Shakespearean performances into elementary school classrooms throughout Central Texas; and Play’s the Thing, a program for young people with serious illnesses. Ayres even took a group of Winedale students to perform Hamlet and A Midsummer Night’s Dream at the Globe Theatre in London.

The plan for Shakespeare at Winedale this summer, 50 years after Ms. Hogg’s invitation, was for that barn to come alive once again with plays and celebration, as former students returned for an anniversary weekend. But then COVID-19 struck. Now, in lieu of planned programming, organizers will host a virtual program this weekend, beginning Friday evening. Visit the Shakespeare at Winedale website and Facebook for more details.

In what follows, Ayres, called “Doc” by his students, reflects on what makes the Winedale way of teaching Shakespeare so different, why each play at Winedale is actually two plays, and how, for him, every summer was a lifetime. (Read Robyn Ross’ account of Shakespeare at Winedale here.) 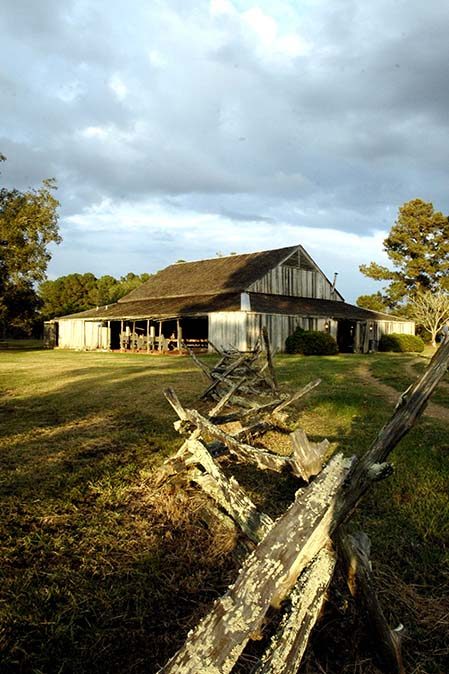 You’ve created a wholly original way to study Shakespeare. Is there anything like Shakespeare at Winedale anywhere else?

Ayres: Obviously I’m biased, but I think it’s one of a kind. The university course is an intense, nine-week, in-residence exploration of Shakespeare’s plays in a remote countryside environment, using an ensemble approach. Camp Shakespeare is a smaller version of that, offering two two-week sessions, each with 14 kids exploring a play through play.

What do you mean by that, exploring a play through play?

Ayres: The simple activity of play invites us to create, explore, imagine, and improvise as we move through Shakespeare’s play worlds. Play frees us from restraints and embraces the world of possibility, wonder, rarity, pleasure, and naturalness. Play awakens the kids to their own individuality and takes them safely on uncharted journeys with colleagues, where they encounter the richness of Shakespeare’s words and characters.

Are there any significant differences between the university program that you led from 1970 to 2000 and the work you do now with Camp Shakespeare, the high school program?

Ayres: The Camp approach is pretty much the same. We celebrate the importance of working together, sharing, and playing, and our main focus is on the words. Always the words. The sounds, rhythms, and multiple meanings of the words. We begin there and grow. The play at camp is not restricted by a “concept” of controlling theme or direction. It’s a “jump in and learn to swim” experience for most. I do think, though, that it’s easier to get the younger kids to play than it was with university students in the ’90s. And we get so much done in just two weeks!

And the younger kids can handle the intensity?

Ayres: Yes, they can, and do. They celebrate their experiences at the end of the day with joy and laughter and often tears. Shakespeare challenges them, and we challenge them, and the words and characters challenge them, and for a couple of days they are overwhelmed. And at that point, they begin. And now and then there are breakthroughs, or explosions of laughter, or the sounds of everyone singing together—and they are on their way. Once in a while, even in the final moments, something falls apart. And they know it, and we have late evening talks. And then they rise from the ashes and get stronger.

Because you’d had that talk?

Ayres: Well, because they’d become aware of the effects of their actions. And when they see that and share that, they take that adversity and turn it into beautiful moments—and we see something we’ve never seen. A year ago, our Titania in A Midsummer Night’s Dream was struggling and very frustrated with her narrative about her love for a “votress” of her order, who died in childbirth. We talked about what she was saying and how she was saying it, and brought her back to the rhythm of the lines—the music—and she took a deep breath and was brilliant. The feeling of loss, and the nurturing of that boy, brought tears to everyone. And I stopped the play to tell her how precious that moment was.

You mean, it never happened again?

Ayres: Not quite like that, though she was quite good. And I told her that. I said, “You had that one moment, and that’s it.” And it was genuine, and everything was there—the pace, the rhythm, the feeling. It’s like what I said to a woman singing in a choir recently: “Your voice is absolutely beautiful.” And she said, “I love to sing.” That’s what I hear—not only the singing; I hear the love that she has inside. And that’s the same thing that happened with Titania’s speech. At Winedale, what we see are two plays.

What do you mean by two plays?

Ayres: One is the play that Shakespeare wrote, and the other is the play that reveals what’s inside of the kids—the experience they’ve undergone in playing and exploring the first one. There’re voices inside those words they have to listen to, and find their way to expressing them. And when you do that, you bring out something that only you have discovered—original and genuine. And it’s theirs! They find it hard to explain to somebody how it got there, but they feel it and know it is inside. And audiences can see it. 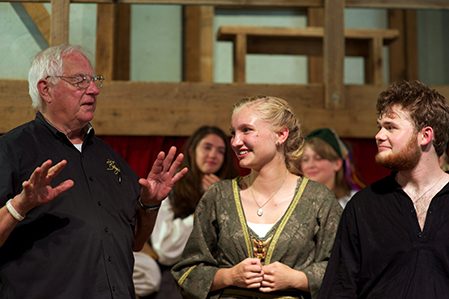 “Doc” Ayres instructs actors in the Camp Shakespeare program on the importance of play, in 2013.

So, there are awakenings, both of the characters in the play and in your students?

Ayres: Yes. I worked a lot with the romances in my last years as director of Shakespeare at Winedale. The last four plays were Pericles, The Winter’s Tale, Cymbeline, and The Tempest. The romances introduce really fantastic kinds of situations. Completely unbelievable things. Shipwrecks, one after the other; storms; worlds falling apart and being put back together in marvelous ways; outrageous passions; and a bear. That bear—there’s a bear in The Winter’s Tale that eats Antigonus. But at the same time, there are awakenings, miracles, supernatural appearances, grace, and hope and faith that restores life and healing.

Ayres: Yes, but that’s because those plays explore the worlds of possibility, worlds where everything and anything can happen. They inspire belief. Yes, as in The Winter’s Tale, you must “awake your faith.”

Yes, I recall clearly you talking to us about that scene from The Winter’s Tale, when the statue comes to life. You spoke of that line, “It is required you do awake your faith.”

Yes, we really needed to hear that. But although there was plenty of discord our summer, I also saw how much our Winedale experience made us want to show up for our lives with more accountability, more energy, more gusto. Shakespeare at Winedale makes you want to not squander your time.

Who are the Shakespeare characters you’d like to play?

Ayres: Maybe Falstaff or Fool (King Lear).  Every once in a while, I think about doing Shylock (The Merchant of Venice). But in occasional whimsy I take a look at a minor character, like Don Armado in Love’s Labour’s Lost. I like the puzzle he presents.

Winedale has changed so many people. How does it feel to know you’ve impacted so many lives?

Ayres: Sometimes I sit down and think about that, and it’s hard to believe. I do remember, very vividly, after every summer I’d go to the barn and sit there for a while in silence and just try to absorb everything that happened and listen to the sounds. And I’d hear every one of the students’ voices. I feel so honored to have had the privilege of playing with every one of them. Every summer was for me a lifetime, every play was a lifetime. Everything in the world is in that experience.