Looking for a Saloon? Bandera’s Historic 11th Street Cowboy Bar Is For Sale 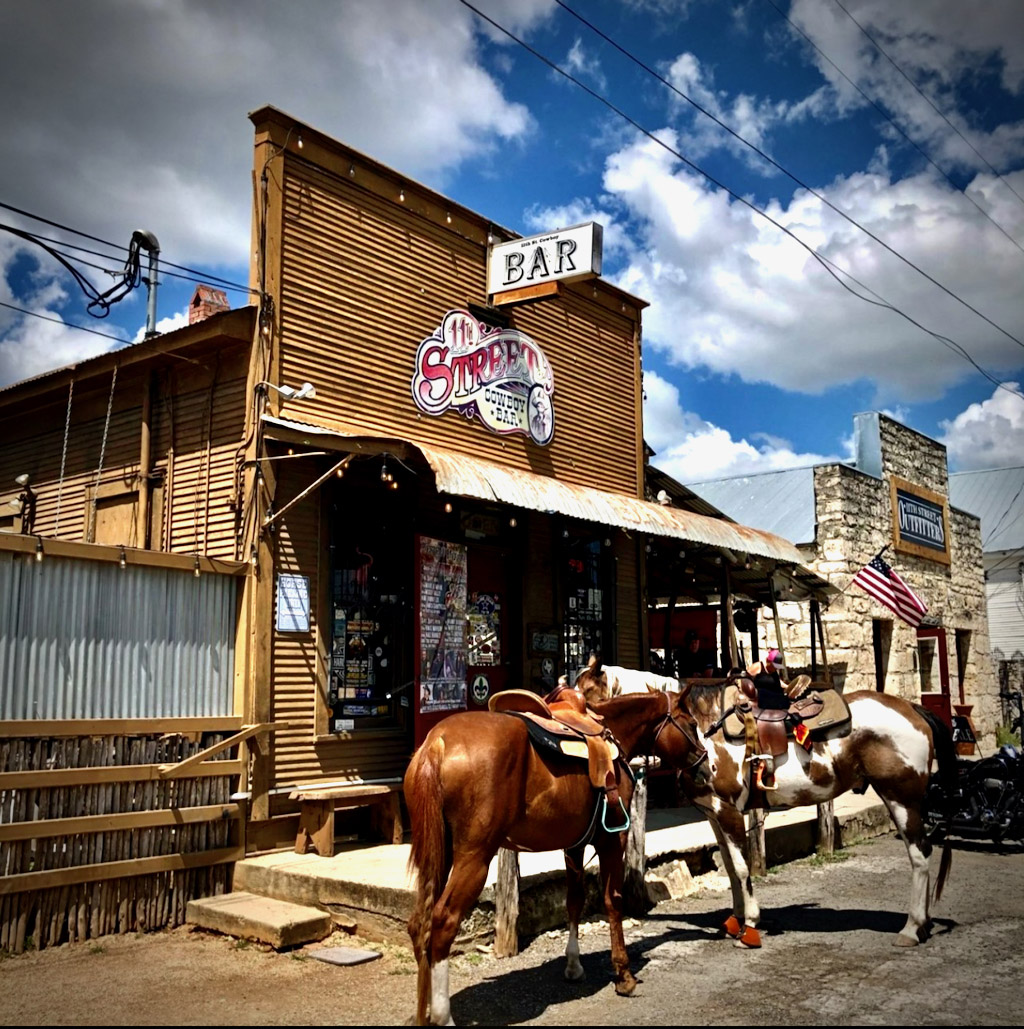 The owner of one of the Lone Star State’s most famous country western bars has put the venue up for sale.

James McGroarty says he’s selling the 11th Street Cowboy Bar in Bandera, where you’re as likely to find a horse hitched to the post as a motorcycle parked out front. The 67-year-old owner decided to put the bar up for sale after being diagnosed with cancer, and his hope is the buyer will carry on the legacy of “The Biggest Little Bar in Texas.”

According to the listing, the asking price for the half-acre property in the Cowboy Capitol of the World is a cool $1.459 million.

“Eleventh Street is nostalgic,” McGroarty says. “If somebody’s really interested in owning a Texas treasure, this is it. If I wasn’t sick, it wouldn’t be for sale.”

The bar is housed in an old wood-framed building. No one is quite sure how old—a board on a wall is marked with the date 1934, but the building next door was built in 1886, so the bar could be older. With a porch out front, the venue has operated at various periods as a Tejano bar, a hummingbird-feeder factory, and a much-smaller country western bar.

McGroarty was born and raised in Bandera and worked in the petroleum industry before founding an environmental waste management company in Greensboro, North Carolina. He returned to Bandera after purchasing the bar in 2006, then added the property next door, and built an outdoor amphitheater to increase capacity from a few hundred to nearly 2,200 people. His wife, Stella, who he married last year, opened a boutique inside the venue called Harleys and Horses, where visitors can buy bar memorabilia, jewelry, and Texas-themed products.

“We built 11th Street for larger acts that we couldn’t bring in before because we didn’t have the capacity,” McGroarty says. “Now we book 289 bands a year.”

Musicians including Gary P. Nunn, Jason Aldean, Jeannie Seely, Ray Price, Johnny Bush, Jake Hooker, The Marshall Tucker Band, and Johnny Rodriguez have all performed at the venue. Other celebrities drop by to listen to the music or hang out.

“Larry Hagman [the late actor who played J.R. Ewing on the hit 1970s television drama Dallas] and his wife would stop by once a year,” McGroarty says. “He’d have a beer and she’d have a glass of pinot grigio. Brooks and Dunn pulled up with three of their buses when they were passing through. We’d see Doug Stone or Jewel, who was in Bandera on her honeymoon years ago. That’s not counting all the world champion cowboys.”

Hoda Kotb and Kathy Lee Gifford of Today once broadcast a show from the bar in 2011, and three years before that, CNN made the bar its Texas host location during coverage of the state’s presidential primary.

Festivals and events were added to the entertainment lineup. McGroarty says he transformed the city’s small Mardi Gras gathering into one that this year drew more than 12,000 people and featured music by Cajun singer Wayne Toups, a gumbo cookoff, costume contest, and parade with 137 floats. Proceeds benefited community nonprofit organizations.

With all those people, you might think the 11th Street Cowboy Bar is a rowdy place, but McGroarty says it’s the opposite. “It’s a family-oriented South Texas dance hall. We take pride that we’ve only had three fights in 17 years in our club, and they were small skirmishes.”

On busy nights, food trucks gather to serve hungry guests, and on Wednesdays, customers can bring their own steaks (or other protein of choice) to throw on one of four community grills out back. For $8, the bar provides seasonings, a baked potato, a roll, and condiments.

“That’s what 11th Street is about—bringing your steak, sharing a grill with people you didn’t even know when you got there,” McGroarty says. “But by the time you’ve finished, you’ve met some new friends.”