Monarch Butterflies Are Under Threat—Here Are 6 Ways To Help

The state butterfly is known to migrate through Texas and feed on milkweed, and has recently flown its way onto the IUCN Red List 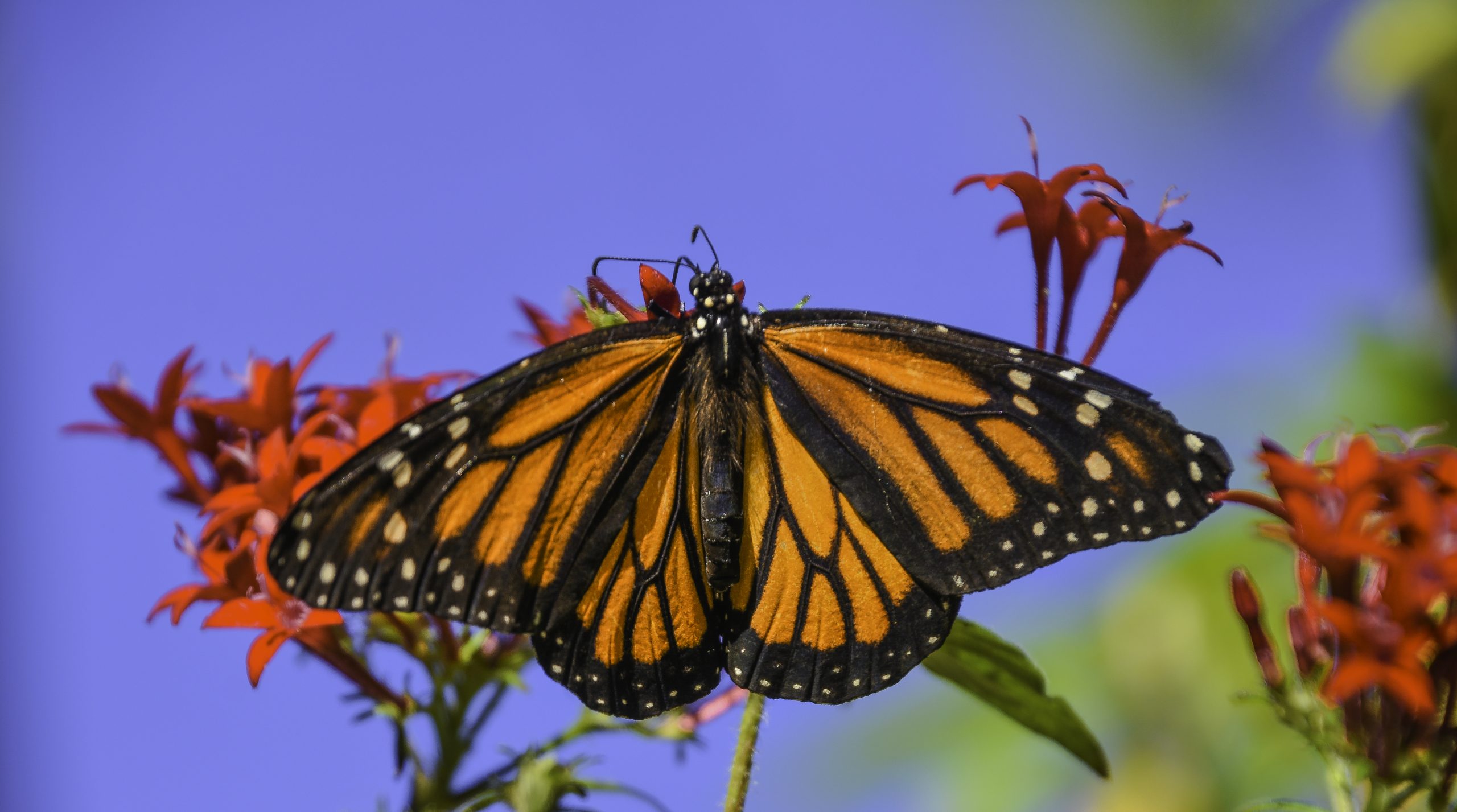 After what seems like a long, no-good-news summer, with record-breaking heat, severe drought, and destructive wildfires, now there’s news that monarch butterflies have been added to the International Union for the Conservation of Nature’s endangered species list. The beloved insects migrate through the Lone Star State in the fall and spring, traveling between their breeding grounds in the north and winter hideouts in Mexico. As they do so, they often lay their eggs in Texas before continuing on their journey.

Although the U.S. Fish and Wildlife Service has yet to officially designate monarchs as threatened or endangered, their population has seen extreme decreases in numbers over the past decade. The native population has shrunk between 22% and 72%, and the western monarch population, which flies through Texas, is most at risk of extinction “having declined by an estimated 99.9%, from as many as 10 million to 1,914 butterflies between the 1980s and 2021,” according the press release pby the conservation organization.

One of the primary reasons for the decreased population is climate change, says Marianna Wright, executive director of the National Butterfly Center, located in the lower Rio Grande Valley town of Mission. “We all need to do everything we can about climate change, because butterflies—not just the monarchs—are one of the canaries in the coal mine,” she says. “And these rising temperatures, and changing weather patterns, things like wildfires, we’re seeing the immediate impact they have on species volume and variety.”

She adds that some butterflies, like the manfreda giant-skipper, are not only endangered here in the U.S., but their host plants are as well.

However, there is some good news: Because monarchs have endangered status, protected habitats should start popping up soon. And this is where anyone with a love for the iconic orange-and-black insect can pitch in. The following steps offer ways to increase habitats for the monarch. Just one of these easy steps can help, but bonus points and extra butterflies go to anyone who tries them all.

Milkweed is the only source of food for monarch caterpillars, as well as being a critical resource for where the butterflies grow, feed, rest, and lay eggs, so planting milkweed in your yard, community gardens, and public spaces (with permission) can help the population. Plant in sunny areas and near flat surfaces—like large, flat rocks or planks of wood—to create “basking zones” where monarchs can lay flat to regulate their temperature. 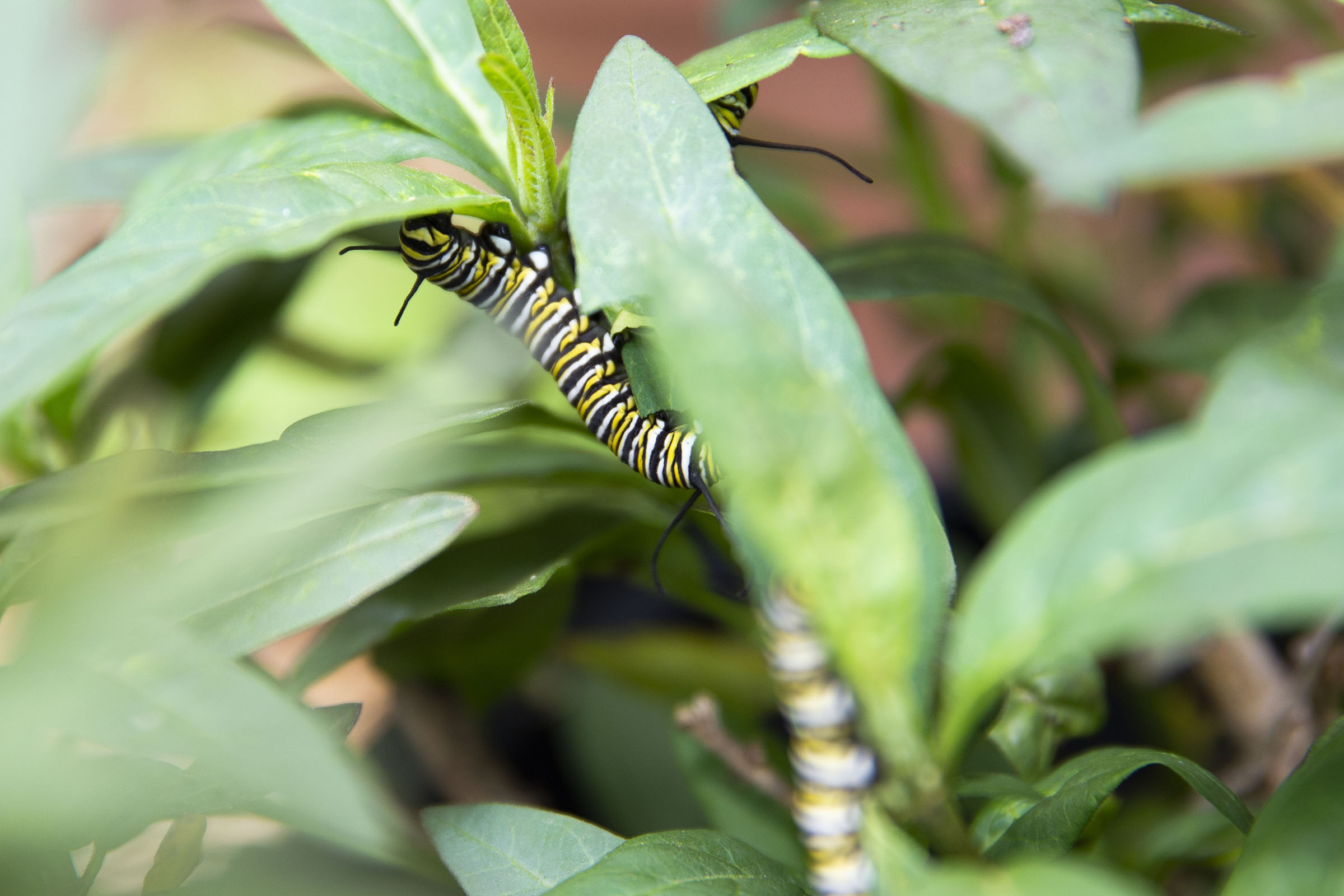 Visit Monarch Watch’s Milkweed Market to find out what milkweed plants are native to your area and order directly with discounts for large-scale restoration projects, schools, and nonprofits. Commonly found milkweeds in Texas include antelope horn, green antelope horn, and zizotes.

Once they’re adults, monarchs rely on nectar for sustenance. This can come from milkweeds, but also a variety of different flowering plants. The National Wildlife Federation created a database of nectar plants for monarchs and their native habitats. The majority of Texas falls under the Southern Plains area, but be sure to check before planting.

“Native plants filter the water going into the ground, and they filter our air as they’re producing clean oxygen for us to breathe,” Wright explains. “And if you’re planting native, you’re doing a better job at conserving the water resources that people waste.” These flowers range in colors, bloom season, and water requirements, all of which is detailed in the nectar plant guides. Native milkweeds, nectar plants, and information about them can be found at your local nursery, farmer’s market, Native Plant Society branch, or nearest Texas Master Gardener.

Seed bombs are a hot trend on TikTok right now. Making them is a fun, family-friendly activity, with the benefit of education and functionality. Seed bombs are homemade capsules made of clay, compost, or recycled paper and water that hold soil and seeds of your choice. Always be sure to plant a variety of wildflower, milkweed, and nectar plant seeds that are native to your area. Planting native is crucial, Wright says, because “the native plants are the ones that belong in your landscape; they’re designed to withstand your weather patterns.” These capsules will naturally blend into the ground around them, and soon flowers will crop up wherever they landed. You can toss these little chunks of nature wherever greenery is needed—just make sure to keep away from private property and protected parks. 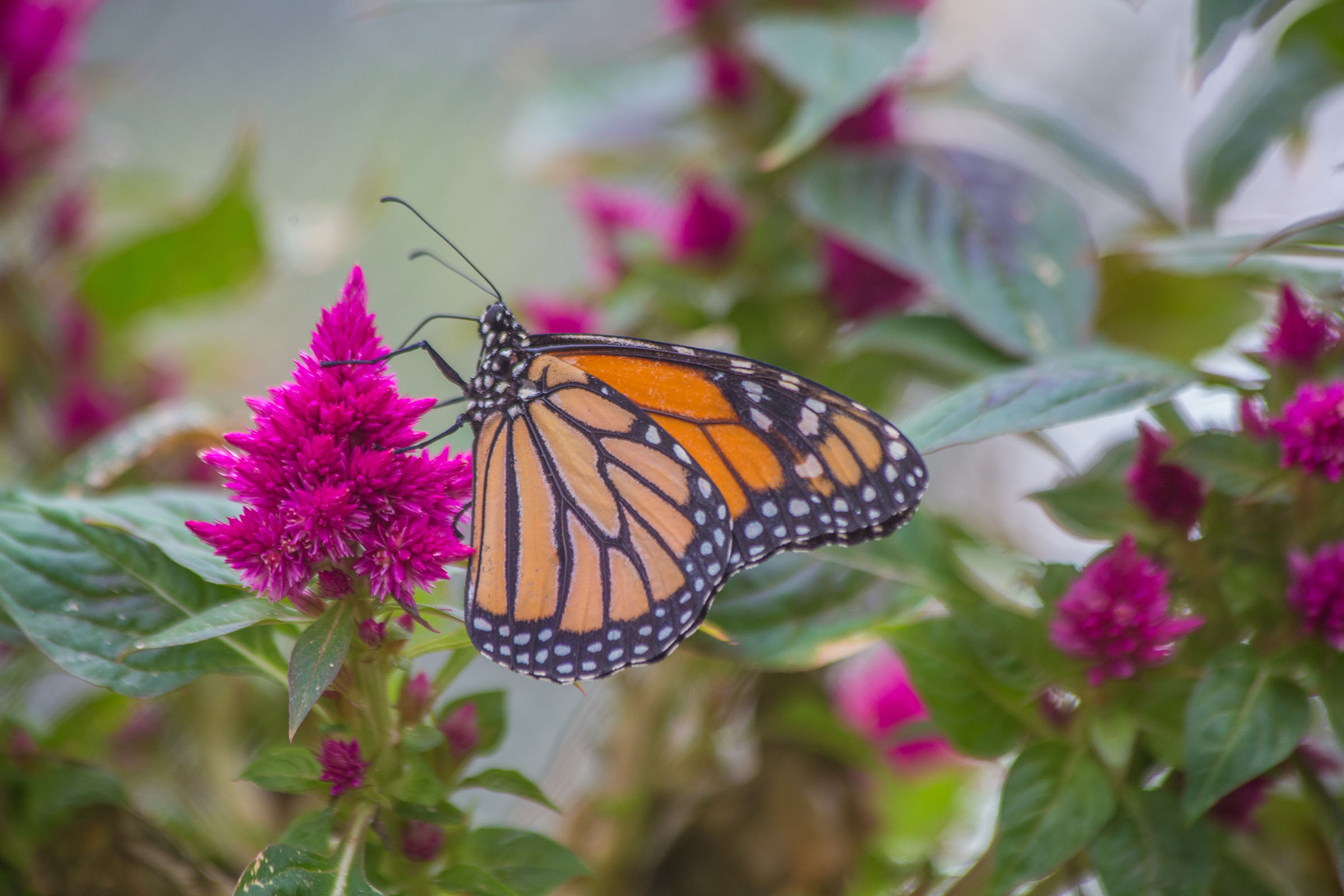 Monarch butterfly at Moody Gardens. Photo by Will van Overbeek.

“Probably the single most important thing people can do, and advocate for, is the elimination of pesticides,” says Wright. Pesticides often turn butterflies away from laying their eggs in a specific area. Many pesticides contain glyphosate, an herbicide that kills milkweed. Worse yet, some pesticides include insecticides that kill caterpillars and full-grown butterflies alike. So, while it’s sometimes difficult to avoid pesticides, try to find more natural gardening alternatives, like compost or manure. And if you have critters to kill, invite their natural predators by setting up bird feeders, or set beetle traps and spray down your plants to rid them of aphids.

Maintaining a lush lawn requires immense amounts of water, money, and maintenance just to look, well, green. Spice up your front and back yards by adding beds of native-blooming plants, wildflowers, and milkweeds. It not only adds color and scent to an outdoor space, but it serves a greater purpose for other animals: You’ll be surprised by how quickly birds, butterflies, and other shy or long-forgotten animals take to this new space. “You should be planting an edible landscape for wildlife, for the pollinators,” says Wright, “so roll back your lawns.”

If you want to go the extra mile, start a monarch habitat. While it might sound like a huge undertaking, these are just a combination of all of the aforementioned tips. By doing so, you can submit your habitat to the waystation registry and get a certificate and sign memorializing your friendship with the monarchs.