Sip Local Brews Near the Beach at These Port Aransas Pubs

Top off your beach vacation with beers from Lorelei, Lazy Beach, and Nueces breweries 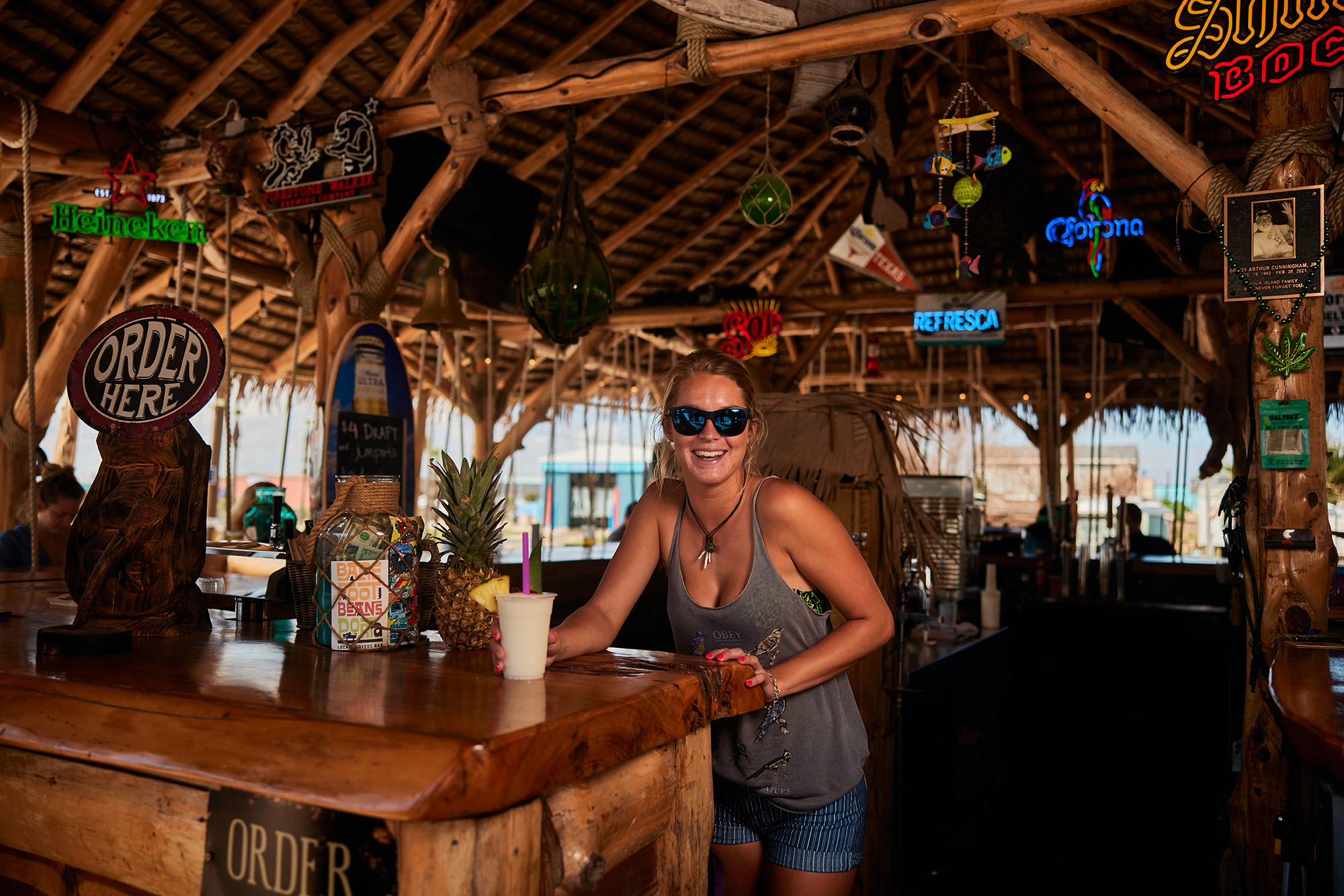 Some things just go together: Peas and carrots; chips and salsa; the beach and beer. Spanning 18 miles from Port Aransas to Corpus Christi, Mustang Island has one of the best beaches in Texas, and it also offers plenty of choices for the beer half of the iconic duo. Check out these recommendations for beachside brews on the Texas coast.

This open-air palapa-style bar replaces traditional bar stools with wooden swings. The menu includes four selections from Corpus Christi’s Nueces Brewing on tap and two in cans from nearby Lorelei Brewing Company. It features funky décor, including lots of neon and a giant sloth over the bar. Cash only (ATM on-site). 905 State Highway 361.

The third-floor restaurant and bar (yes, there’s an elevator) has a sliver of a beach view and 10 beers on tap, including a couple of seasonal and local choices. The unique bar system fills glasses from the bottom, and every pint comes with a magnet you get to keep (just don’t remove it until the beer is gone!). There is a complete food menu and a sushi bar on the second floor. 229 Beach St. 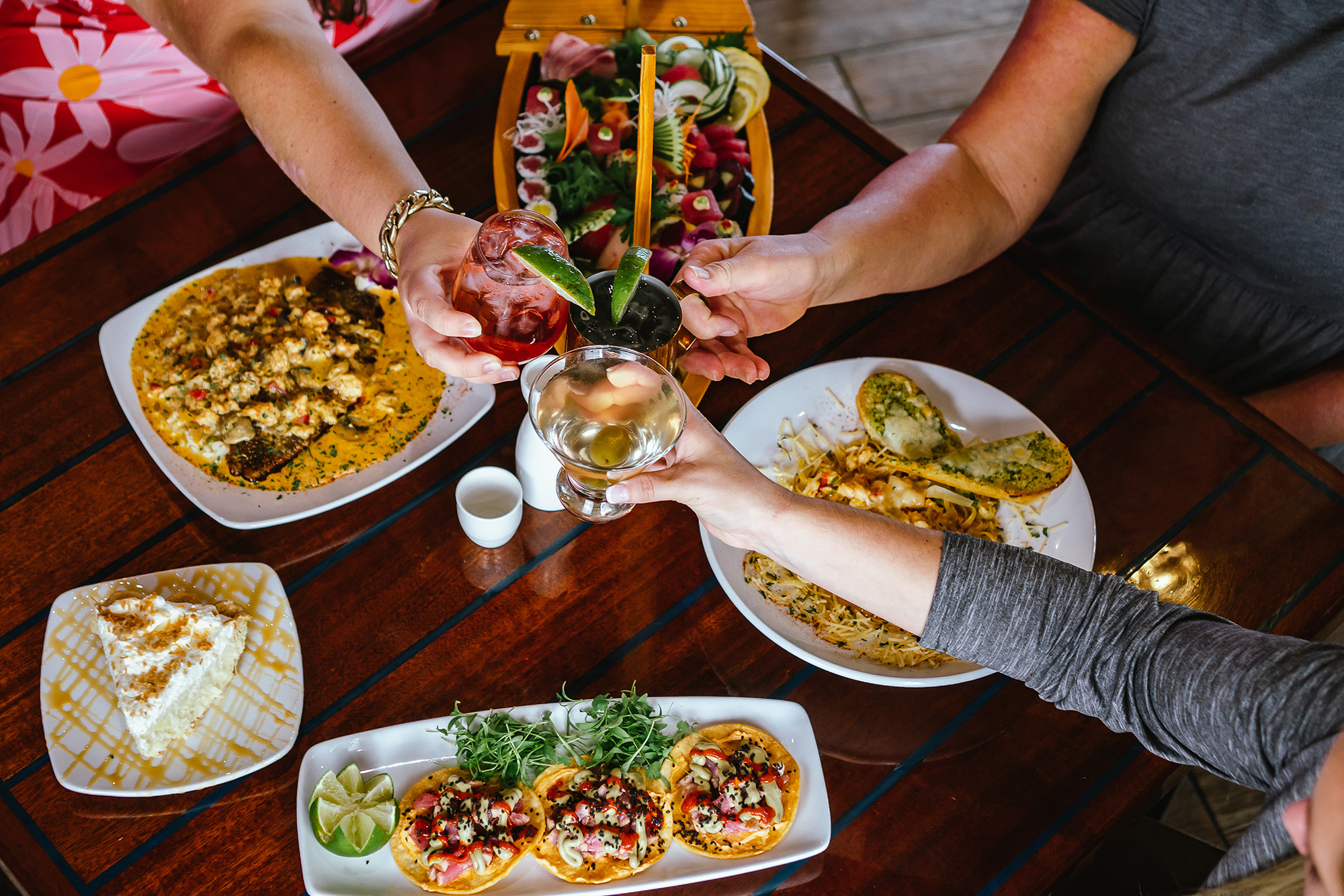 Seasonal beer from three local breweries is on tap in the indoor dining room and on a sprawling covered outdoor deck adorned with palm trees. Owned by a couple of avid fishermen, the restaurant will happily cook your catch or just about any kind of seafood you could want. Waitlist in summer. 337 N. Alister St.

Named for an Aransas Pass Fire Station that used to be behind the building, the pub offers 22 rotating taps including brews from this area, all around Texas, and beyond. Growlers and cans are available, and you’ll find pool, darts and shuffleboard in the back room, cornhole on the covered patio, and a find-the-rubber-duck contest. 130 E. Goodnight Ave., Aransas Pass.

Off the beaten path in a small warehouse complex on the south side of Corpus Christi, this family and pet-friendly brewery has some indoor seating and rows of picnic tables on the pavement in the back. The taproom serves a rotating selection of nearly 20 craft beers, plus a few hard seltzers and kombucha. Food menu includes brunch (11 a.m.-1 p.m. Sat, 11 a.m.-2 p.m. Sun) and appetizers, sandwiches, and tacos. A selection of board games and cornhole are available. Open Wed-Sun. 7522 Bichon #100, Corpus Christi.

This brewery in the eclectic area between Corpus Christi and Mustang Island has a small outdoor beer garden with a food truck and a tiny taproom where you order one of a dozen or so of its beers. The dog-friendly space also offers dog treats made from spent grains, eggs, flour, and peanut butter. 520 NAS Drive, Corpus Christi. 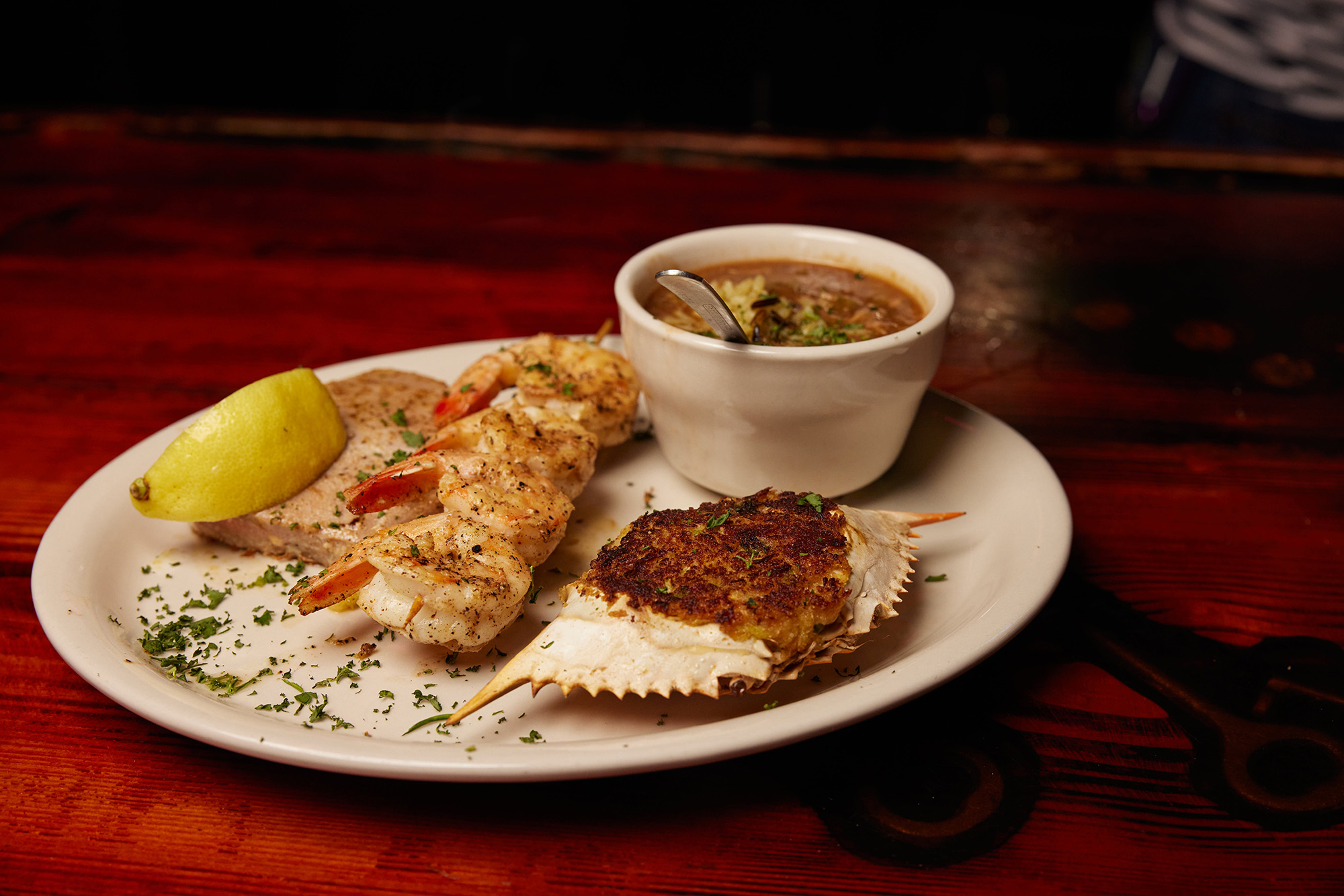 Located in a spacious former car dealership near downtown Corpus Christi, this brewery is filled with long picnic tables and sea-themed art. A large bar serves a rotating selection of 11 craft beers on tapand brewed on-site, along with barbecue and tacos. The pet-friendly outdoor deck catches sea breezes and a view of palm trees from Corpus Christi Bay a block over. 401 S. Water St., Corpus Christi.

This sports bar housed in a former car shop—which explains the automobiles over the bar—boasts the requisite big screens and serves some 20 beers on tap, including several from nearby Nueces Brewery. The menu features burgers, tacos, pizza, and more. There is a pet-friendly outdoor area for those who would rather breathe the salt air from the beach a few blocks away than watch a game. 401 Beach Ave.

Still flip flop friendly but slightly more upscale than many eateries in Port A, this restaurant and cold bar serves seafood and steaks in a cozy indoor area and on a covered deck. Nueces and Lazy Beach beers on tap, along with selections from Austin and Houston craft breweries. The building was originally a brewpub until the team decided they were more into food than beer, but don’t hold that against them. 429 N. Alister St.