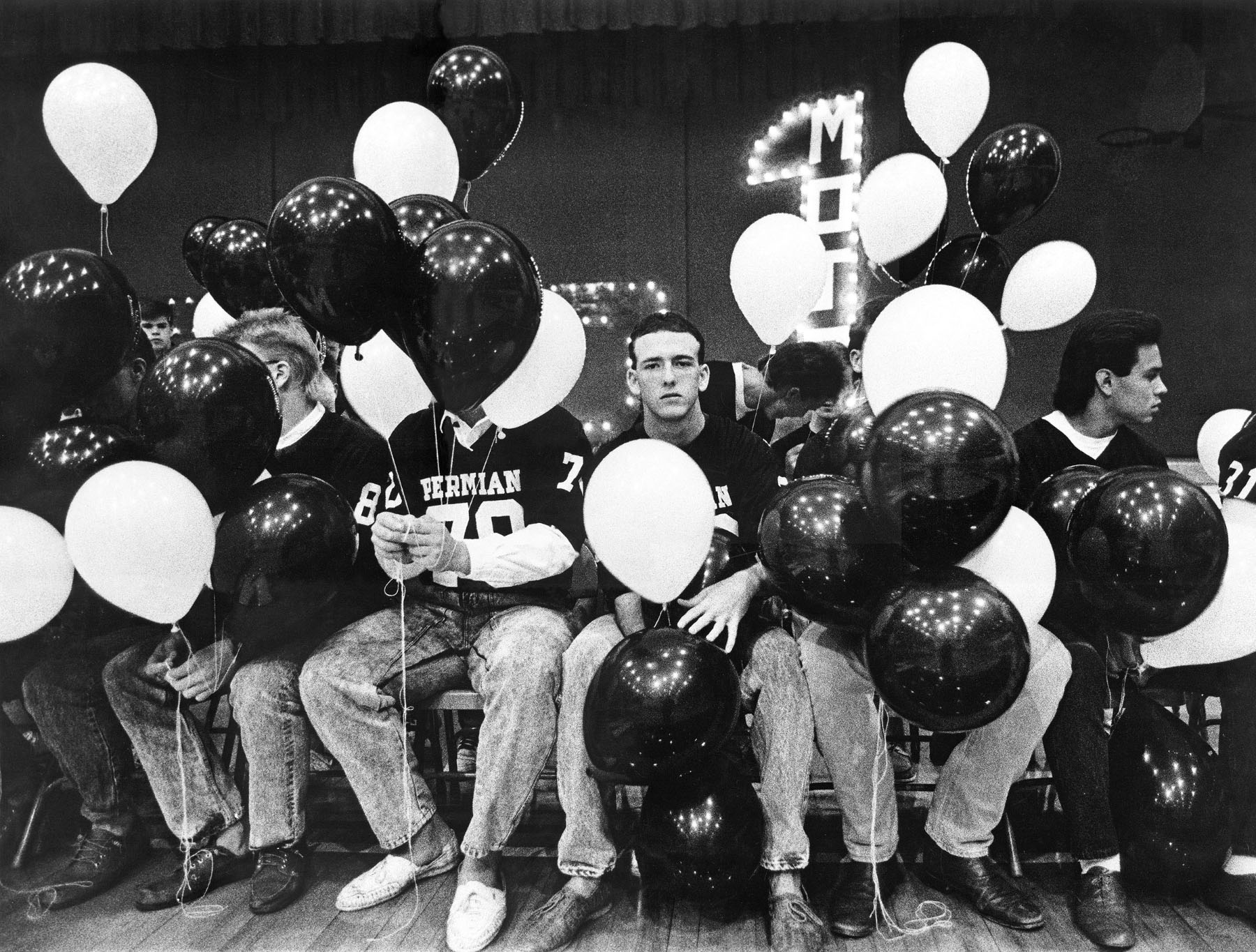 Mike Winchell looking alone amid a crowd of balloons at a pep rally.

Buzz Bissinger’s book Friday Night Lights still sells about 30,000 copies a year, making it arguably as popular now as it was when first published. There’s been a movie and a television series based on it. Songs have referenced the book’s title and the players on the Permian High School football team. And since it was first published, the book’s photographer, Robert Clark, has kept dozens of rolls of film stored away, largely undisturbed.

“Even when I first shot the pictures, I thought it’d make a great photo book,” Clark says. During the 1988 season, Clark spent two weeks in Odessa as Bissinger was reporting his book. While there, he slept on an inflatable bed in Bissinger’s office, had a drunken oil-field worker take a swing at him while at a convenience store, and, of course, shot photographs—137 rolls in all.

From all that film, just 29 pictures appeared in Bissinger’s book. But now, on the 30th anniversary of Friday Night Lights’ release, the University of Texas Press is publishing a book of Clark’s many never-before-seen photographs titled Friday Night Lives: Photos from the Town, the Team, and After.

The images are poignant, just like Bissinger’s book about the Permian Panthers’ quest to win the state championship before ultimately failing. All are in black-and-white because, as Clark explains, color can distract. The photographs are a visceral reminder of the emotions the young men went through before many considered them just football-playing characters on a screen. 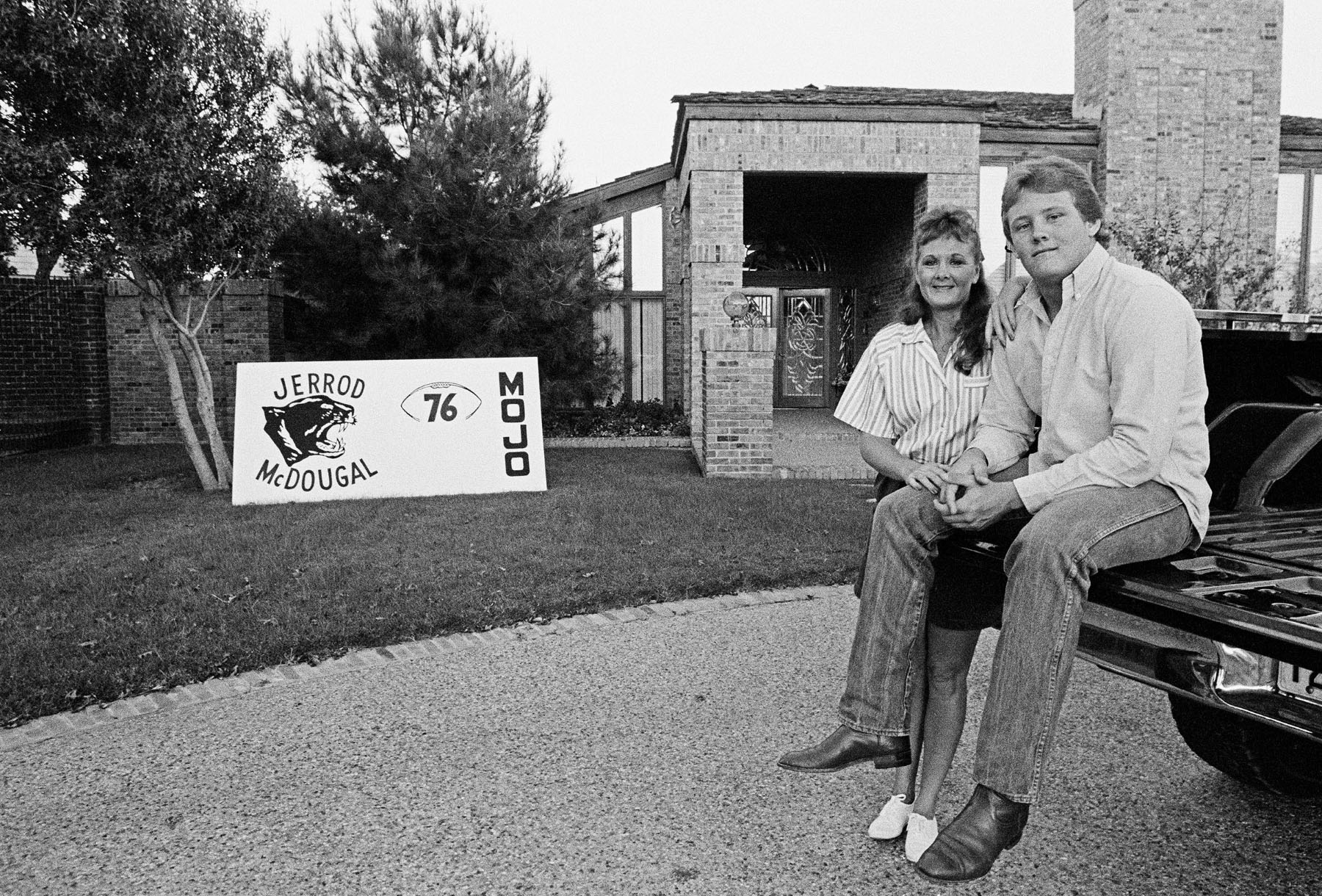 Jerrod McDougal and his mother outside their home.

What the book has are moments of serenity, like the photograph of offensive tackle Jerrod McDougal next to his mother, both smiling outside their home. He was a try-hard who struggled to let go of football once the Friday night lights turned off on his career.

Moments of levity, like the photograph of tight end and linebacker Brian Chavez standing in front of a urinal, laughing, while only wearing a T-shirt and jockstrap. He was the valedictorian who got out of the West Texas oil fields, graduated from Harvard, felt out of place, and returned.

Moments that force the reader to wonder what could’ve been, like the photograph of Boobie Miles sitting in the stands 16 years after he thought he had it all figured out. He was the star running back with big dreams until an injury destroyed them. 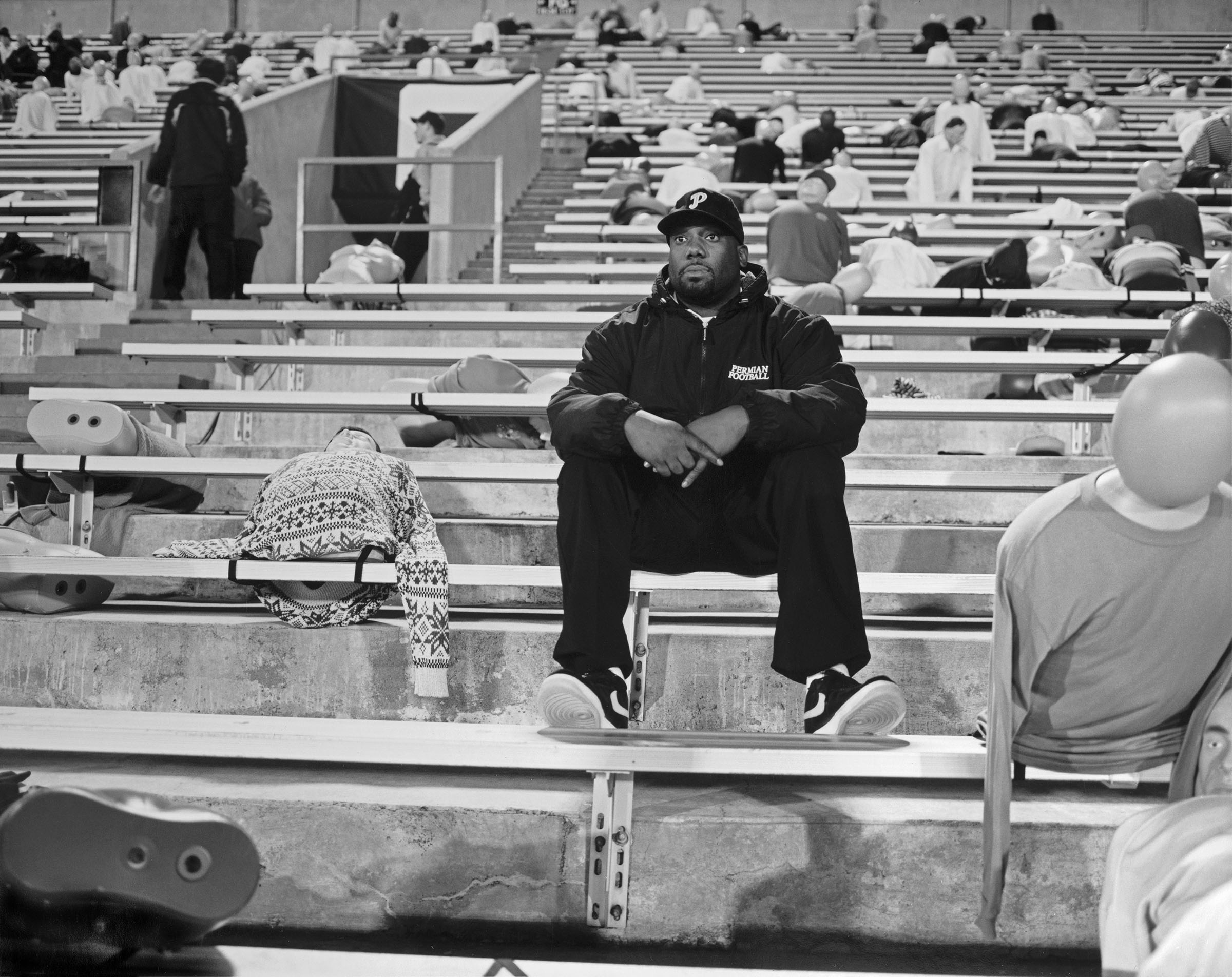 Boobie Miles sits in the stands during the filming of the movie Friday Night Lights.

Moments that show solitude in the most unexpected of places, like the photograph of Mike Winchell sitting pensively in the middle of a chaotic pep rally. He was the quarterback who dealt with the expectations of the town and the team the best he could.

“I like that picture quite a bit,” Clark says of the Winchell photograph, when asked about his favorite. “In a way, Mike opened up with that picture. It also showed the pressure that he was under.”

Three decades after Friday Night Lights captured that pressure along with the hopes, dreams, and frustrations, Friday Night Lives shows the real players and place that have largely become fictionalized to audiences across the country.

Clark shows what once was, and in doing so, reveals how much has changed. In the second half of Friday Night Lives—the book is divided into the “then” and “now”—he shows relatively recent photographs of the long-ago teenagers that’ve become middle-aged men.

Some have moved on; others have not. Some still live there; others left. Some have tragically died. But Clark’s photographs show them all when they played football for Odessa’s Permian High School.