The Bard is Back 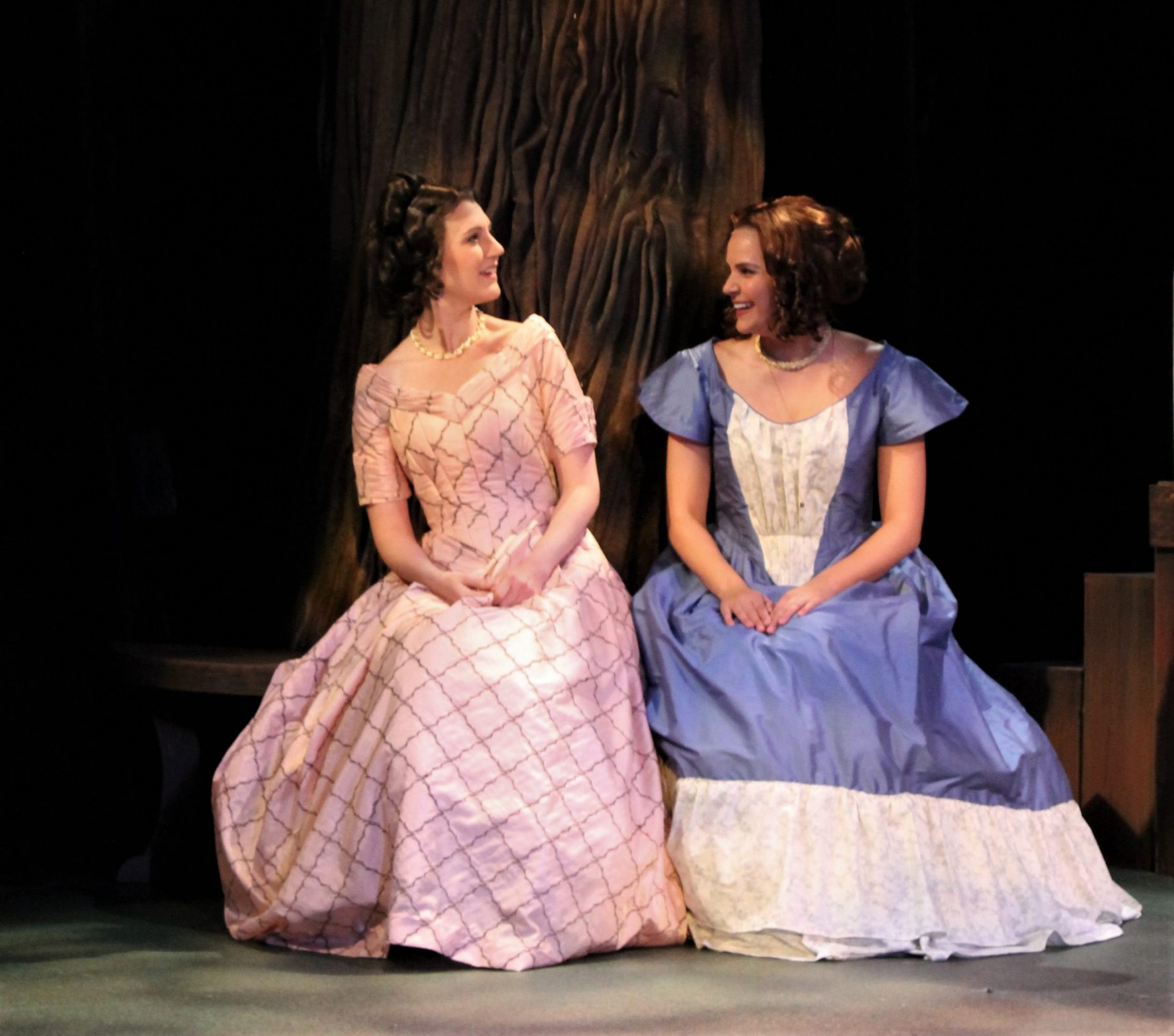 Grace Abele as Celia and Lea DiMarchi as Rosalind in As You Like It.

“All the world’s a stage.” That famous line from Shakespeare’s comedy As You Like It, in which Rosalind, a girl disguised as a boy, meets Orlando, a boy she likes, and woos him under false pretenses, now has special meaning in the East Texas town of Kilgore.

The stage in this case is at the 195-seat Van Cliburn Auditorium on the campus of Kilgore College, as the 34th season of the Texas Shakespeare Festival commences this week with the debut of As You Like It on Thursday. This begins a month of performances by what organizers believe is the only completely indoor Shakespeare repertoire in Texas—perfect for the summer heat.

Audiences can also experience Shakespearean tragedy with a staging of Othello, a case study in the destructive nature of jealousy. And, for a completely different perspective, visitors can tour the Shakespeare Garden, adjacent to the Kilgore College campus, and walk among the flora referenced in Shakespeare’s writings.

But enough about Shakespeare: there will also be two contemporary offerings at this year’s festival.

One is Born Yesterday, Garson Kanin’s 1946 comedy—a record-holder of nearly 30 years for the longest-running Broadway show—about a rich, brash junk dealer who brings his ditzy ex-chorus-girl girlfriend on a work trip to Washington DC. The other is Stephen Sondheim’s Into the Woods, a 1986 musical that weaves together various fairy tales including “Little Red Riding Hood,” “Jack and the Beanstalk,” and “Rapunzel.”

“This is the first season we have done a Stephen Sondheim musical,” says Raymond Caldwell, who founded the festival in 1986 as head of Kilgore College’s Fine Arts Department. This is a departure from past choices of musicals from what Caldwell calls Broadway’s “Golden Age,” featuring productions by the likes of Rodgers and Hammerstein.

In addition to the four featured shows, a non-traditional offering with a limited run debuts in mid-July, entitled The Girl Who Cried Throgmonster, wherein actor-writer Grace Abele provides a retelling of the “The Boy Who Cried Wolf” fable.

Only a handful of seats remain for opening weekend of the festival, but season tickets are available for $99. This entitles fest-goers admission to each of the four main productions. Beginning the second week, two of the four shows will occur on Thursday and the other two on Friday. This schedule will repeat on Saturday and Sunday through the end of the season, on Sunday, July 28.

The Texas Shakespeare Festival, produced in partnership with Kilgore College, has attracted actors, designers, playwrights, directors, and producers from all 50 states and a dozen foreign countries. According to Caldwell, audiences in the past five years have come from all 50 states as well, plus 150 Texas towns. “We typically sell 98 percent of available seats,” he says.