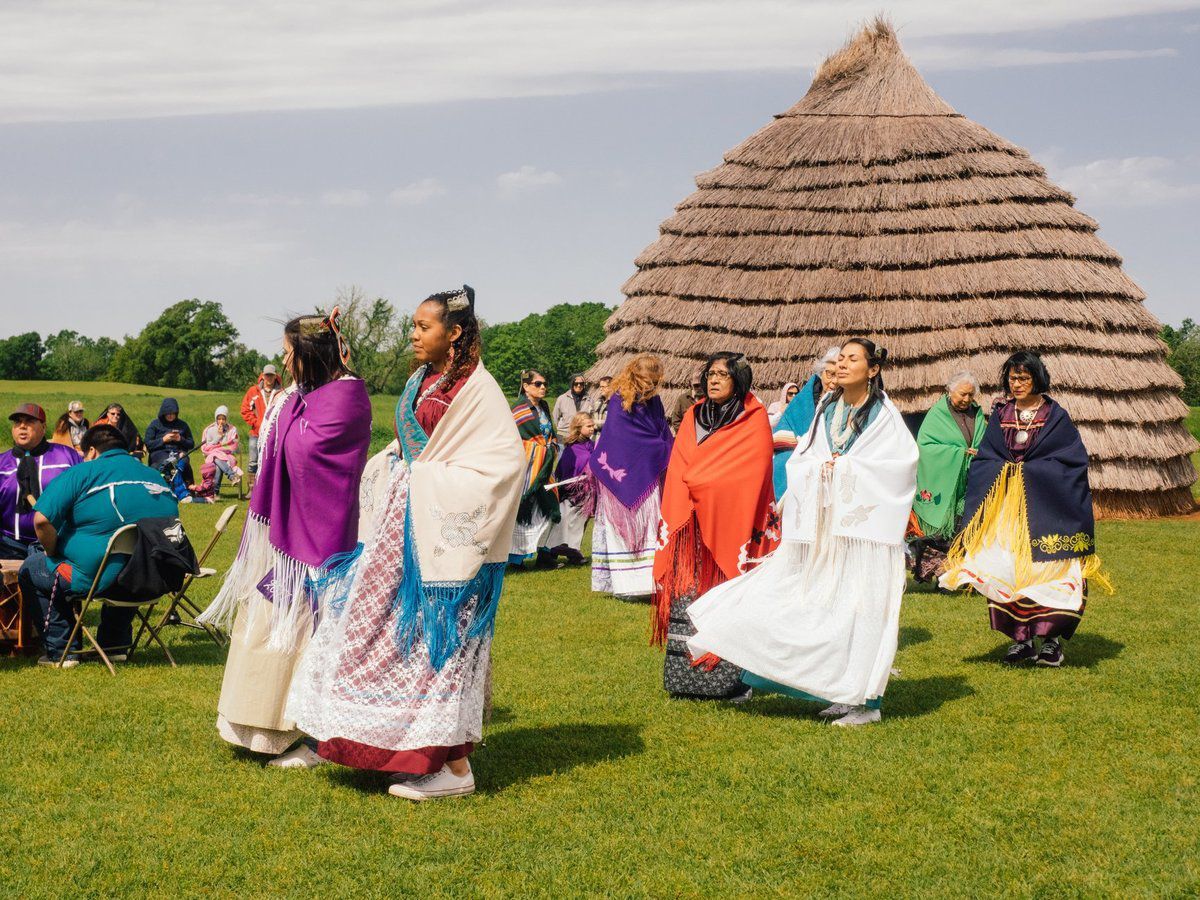 Three years ago, perhaps you saw the bizarre and wonderful viral video in which a small flock of about two dozen wild turkeys stalked in continuous circles around a dead cat in the middle of a suburban street. To some, it took on the appearance of an avian religious rite or turkey seance, but it was, in fact, just wild turkeys being wild turkeys.

Such behavior would have come as no surprise to the Caddo, the most powerful nation in the woodlands of pre-colonial East Texas and a people who revere the wild turkey to this day.

That video is a part of their folklore, albeit with a twist. First recorded by ethnographer George A. Dorsey more than 100 years ago, the Caddo tale goes something like this: Wildcat attacked Rabbit and had him down for the count. Rabbit asked Wildcat if he might not rather have turkey for dinner. Wildcat told Rabbit he was right, only he had trouble catching those wily birds. Rabbit said he’d help him and they hatched a plan: Rabbit told Wildcat to feign death and the turkeys would come and stalk circles around his body in triumph. Wildcat did as he was told, and the turkeys did indeed come to circle. When a fat hen strayed too close, Wildcat leapt up and snatched it, and rascally Rabbit lived on to trick his way out of other Piney Woods jams.

This and many other Caddo tales are woven into the folklore of that nation’s turkey dances, which are still performed today, most notably in Binger, Oklahoma (capital of the modern Caddo Nation), but occasionally at Caddo Mounds State Historic Site, in the village of Weeping Mary, near the town of Alto, about 16 miles west of Nacogdoches. (Sadly, a tornado hit the area last year, resulting in one fatality and great destruction to the area.)

According to Caddo lore, the tribe always selected sites near turkey roosts for their villages and not simply because of the game they provided. Turkeys were enlisted as unwitting allies in the Caddo’s wars and feuds with neighboring tribes—each and every Caddo warrior could sleep easy at night, knowing that the turkeys, with their enhanced vision and hyperalert ears, were nature’s own early warning system. They would never fail to detect nocturnal raiding parties of Comanche or Osage and gobble cacophonous alarms.

Given their close contact and symbiotic relationship, it’s no surprise that Meleagris gallopavo is so vital to Caddo folklore. Long ago, the Caddo turkey dance, or Núh Kaʔáwshan, formed the centerpiece of homecoming celebrations for warriors and hunters returned from afar. (You can see the Turkey dance in this mini-documentary produced and directed by Texan Caddo Jessica Buck DiSilvestro.)

Just as a war or hunting party would begin its homeward journey, a runner would be sent ahead to tell the band’s women of the party’s good fortunes. Caddo women, as sole choreographers, lyricists, and performers of the homecoming turkey dances, would weave those deeds into the celebratory turkey dance, mimicking the gait and mannerisms of the turkey, backed by the drumming and singing of the men. And so it goes to this day—modern Caddo tell the history of their people through these dances, though they now politely omit verses recalling wars against tribes the Caddo are now friendly with, such as the Comanche and Choctaw. They do include stanzas of events dating to the creation of Caddo Lake up to remembrances of Caddo who have fought in Iraq and Afghanistan.

“The dances celebrate Caddo survival,” said the late tribal historian Cecile Elkins Carter, author of Caddo Indians: Where We Come From. That survival has not come easy, and these turkey dances represent a tenacious will to live and carry forth a Caddo culture that has now endured plagues, centuries of warfare, and displacement from their Texas and Louisiana homelands.

The precise age of this dance is impossible to pinpoint, but it almost certainly dates back beyond European contact. While a guest in 1687 of a group of Caddo people known as the Hasinai, Henri Joutel, final commander of the doomed 17th-century Texas expedition of René-Robert Cavelier, Sieur de La Salle, described a dance very much resembling a modern Caddo turkey dance—all women, dancing in a circle on the occasion of a happy return of the village’s warriors.

Hasinai is a Caddo word meaning “our own people,” but the Spanish knew them by another name: Thanks to a word connoting a friendly greeting, they came to be known as the Tejas people. And you know the rest of that story, but now you also know about their connection to your Thanksgiving dinner’s centerpiece.