Housed in two hangars, the museum opened in 2005 to celebrate the contributions women made to the war effort 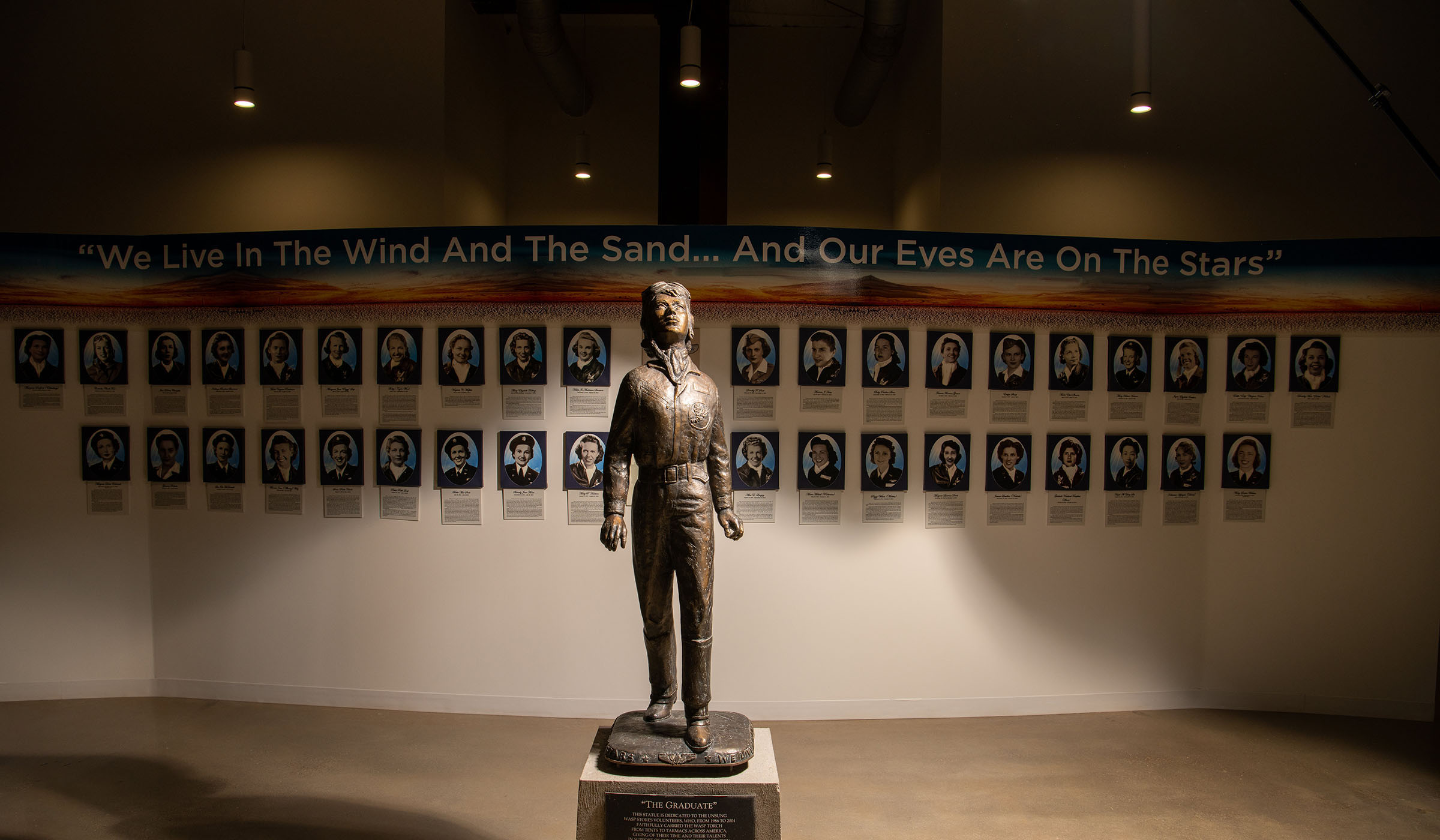 The trailblazing Women Air Force Service Pilots (WASPs), had to prove themselves twice—as the military’s first female pilots who supplemented the shortage of male pilots during World War II, and again more than 30 years later, when the U.S. government officially granted them veteran status.

From 1942 to 1944, more than 1,100 female pilots (including the Women’s Auxiliary Firing Squadron, a WASP precursor) were an integral part of the war effort, and most trained at Avenger Field in Sweetwater, 40 miles west of Abilene. Known first as Sweetwater Army Air Field, Avenger was an Air Force training base for women and men but by 1943 was almost exclusively female. At the suggestion of WASP veteran Deanie Parrish, who died last year, the National WASP WWII Museum opened at Avenger in 2005, the 62nd anniversary of the first graduating WASP class.

Today, the museum campus comprises two spacious hangars. Hangar 1 displays exhibits centering on the WASPs and their military journey, including their training and deactivation, as well as their struggle for official veteran recognition. One WASP is spotlighted quarterly. Hangar 2 houses historic training aircraft: a Boeing PT-17, Vultee BT-13, and Cessna UC-78, all of which visitors can see if the planes aren’t in flight.

One mile from the campus is the notorious wishing well, the waters of which WASPs were tossed into as a celebratory ritual upon completion of their first solo flight. The old runway is a more poignant spot: Thirteen WASPs, their names etched on nameplates bordering a pair of flagpoles, chose to have their ashes spread on the runway where they trained.

“We have children’s exhibits and working aircraft,” says Lisa Taylor, museum executive director. “Plus, we’re located where the WASPs trained, so you’re walking where they walked.”

Even though they were required to remain stateside and could only ferry aircraft for the Russians to Great Falls, Montana, where male pilots would fly them to Alaska, the WASPS endured the same rigorous training as that of the men for whom they provided backup.

“There were no second chances. If you failed at any stage [of training] you were sent home,” or, in military speak, “washed out,” Taylor says. “If they washed out, they went home on their own dime.”

Their other responsibilities included towing targets for live gunnery practice, conducting test flights for repaired aircraft, flying planes for maintenance, and serving as instructors. Thirty-eight died, all in plane crashes, either while performing their flying duties or during training. Because they were not official Air Force pilots, they were denied a military funeral or burial.

“They were paid but received no benefits whatsoever,” Taylor says. “Their insurance carriers dropped them because they were flying during the war. They knew the world they were entering, and they did not want anyone to feel sorry for them, and they didn’t complain. They took care of problems themselves because they just wanted to stay in the program.” 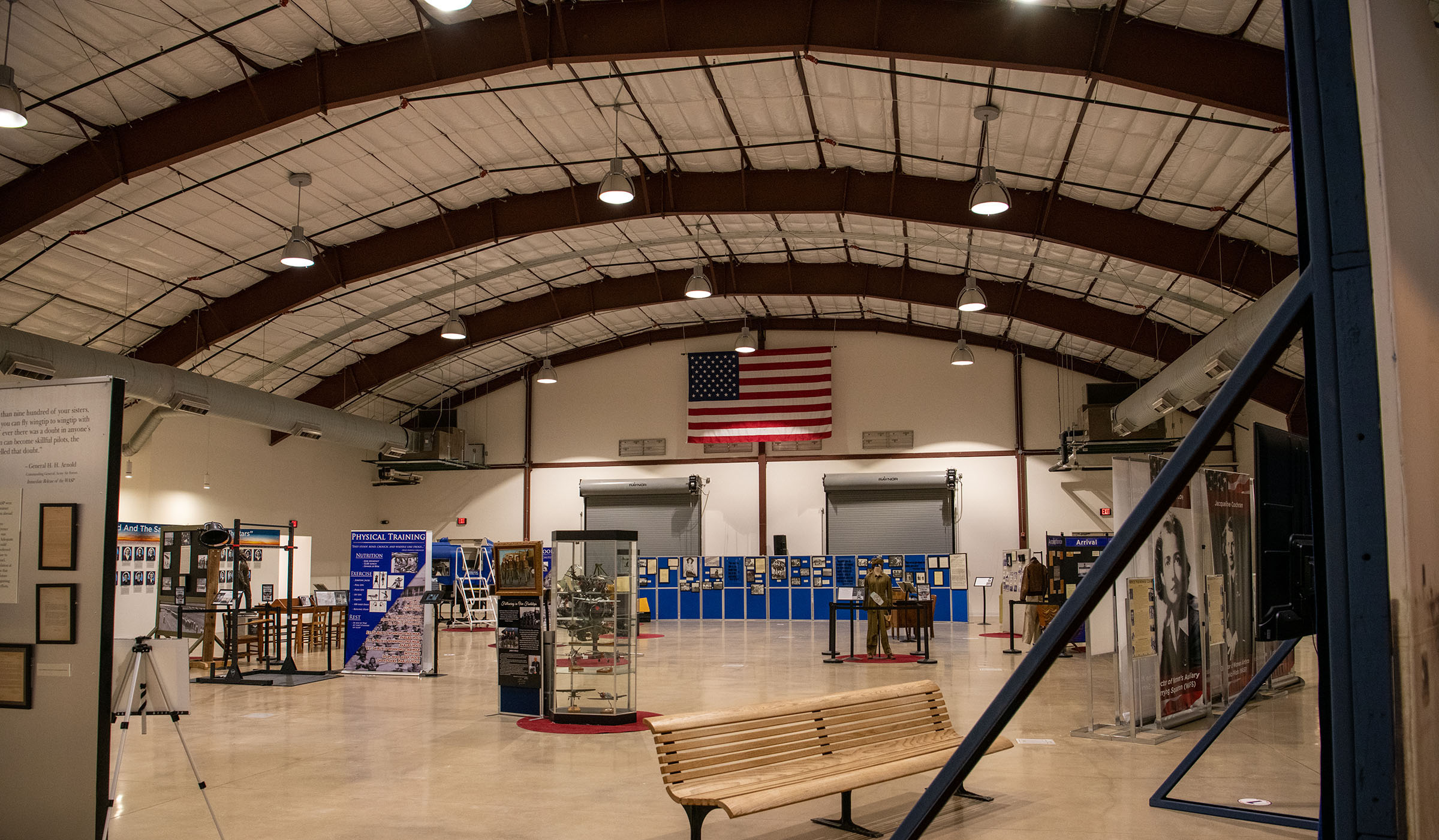 Despite their significant role in aviation, military, and women’s history, they were forgotten until the 1970s. That’s when the Air Force announced plans to recruit what they said would be the first women to fly military aircraft, an affront to the WASPs who were their predecessors. “The WASPs still alive said, ‘Wait a minute.’ They had to fight again,” Taylor says. “It’s so good they kept all their papers, medals, and pendants,” proving their service.

Twenty years after Parrish’s push for a WASP museum, it continues to expand and is fundraising for a state-of-the art exhibit revamp that will be interactive and technology-centric so as to appeal to younger generations. The first installment will debut in August next year with the second slated for late 2024 or early 2025.

Taylor said she hopes the WASPs’ quiet grit will embolden others. Prior to their recruitment, the first group had logged 500 hours each of training and had their pilot licenses.