The Past and Future of San Antonio’s Historic Tienditas

Cultural hubs for generations, these corner markets are making a comeback in food deserts and an art exhibit. 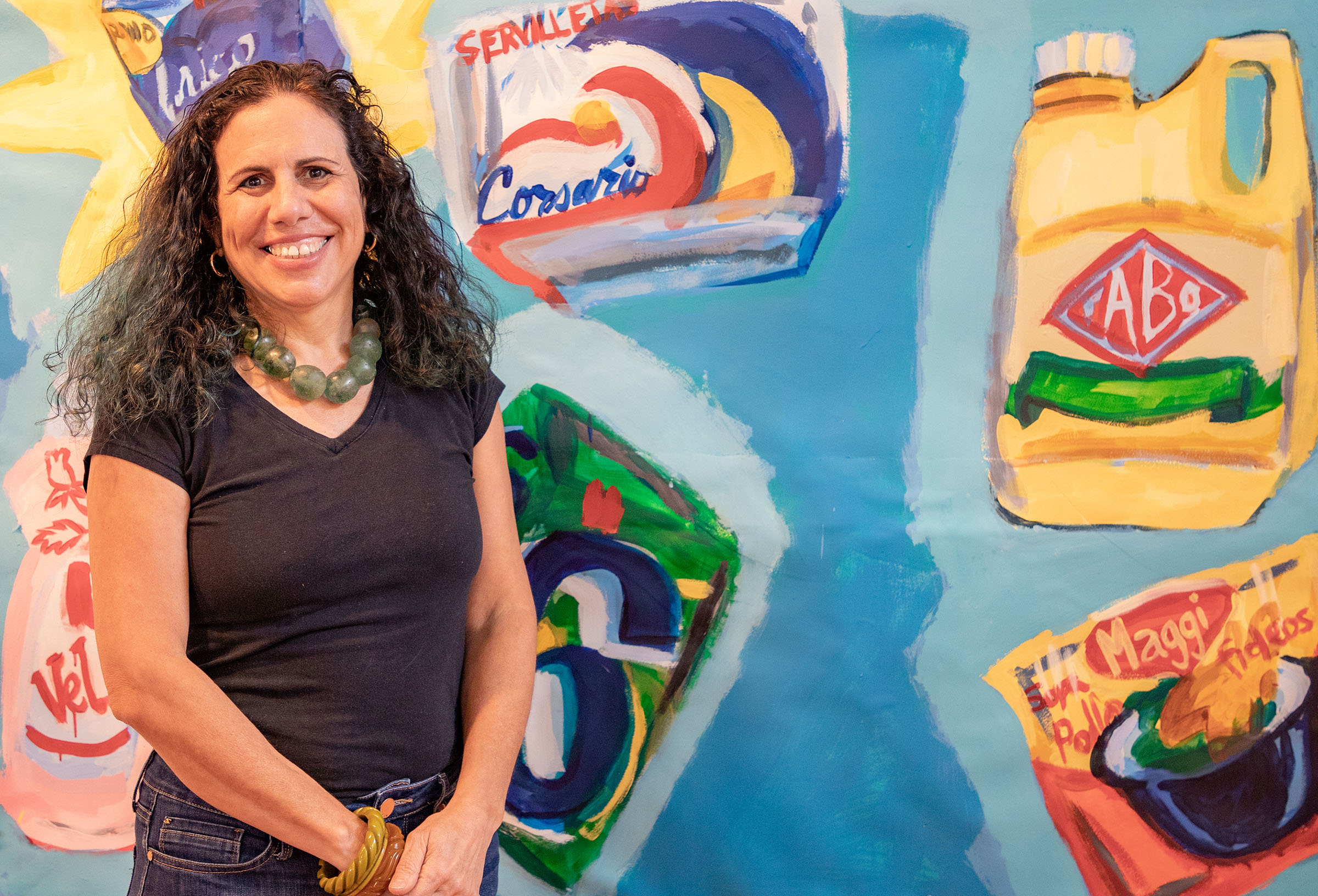 Where I grew up in South Texas, a small tiendita was within walking distance of my grandmother’s house. Not getting in trouble meant the sweet summer reward of a cold fudge bar or a small bag of Doritos. Bad behavior meant staying inside and missing out on all the delicious treats I could get at the tiny store. My grandmother tells me that the tiendita is long gone, overtaken by Valero gas stations and H-E-B. But it hasn’t been forgotten.

In Spanish, the word tiendita is packed with meaning. The literal translation is “little shop,” but to any Spanish speaker who grew up on a small, not-particularly affluent street, it means much more. It’s the neighborhood corner store where giggling little kids use piggy bank money to stock up on sugary sodas and forbidden candy. It’s where housebound grandmothers send relatives to buy milk and coffee and lottery tickets and, yes, even cigarettes for abuela. Tienditas, often family-run, are always open, until one day they aren’t.

San Antonio’s South and Southeast sides still have many tienditas with names like Prince’s, Flores Corner Store, Cardenas Grocery, M&I Meat Market, and J&R Mahal Grocery. But they are outnumbered by many corporate-owned gas stations and food marts.

Many have shut down due to economics or younger generations of family members deciding they no longer want to continue running a store. Gone is Aguilar Grocery, with its storefront still promising “Fresh Fruits, Vegetables & Meat.” Gone is Lamar Grocery, which once served the Perez Street neighborhood before closing decades ago. A husk of a building still stands where the mom-and-pop business once operated. Still, the faded signs and boarded windows don’t mean tienditas are going away altogether.

During the pandemic, tienditas struggled at first, but then began to adapt and strive, says San Antonio District 3 councilwoman Rebecca Viagran. Some, like Cardenas Grocery, added curbside and drive-thru options. Customers, leery of braving big grocery stores at the height of the COVID-19 fears, are coming back around for the first time in years.

“There’s a resurgence and resurrection of tienditas in the neighborhood,” Viagran says. “People who grew up going to these stores are bringing their own kids. These stores are generational. During the pandemic, they were a safety net inside our community where people could walk to the store and pick up fresh fruits and vegetables.” 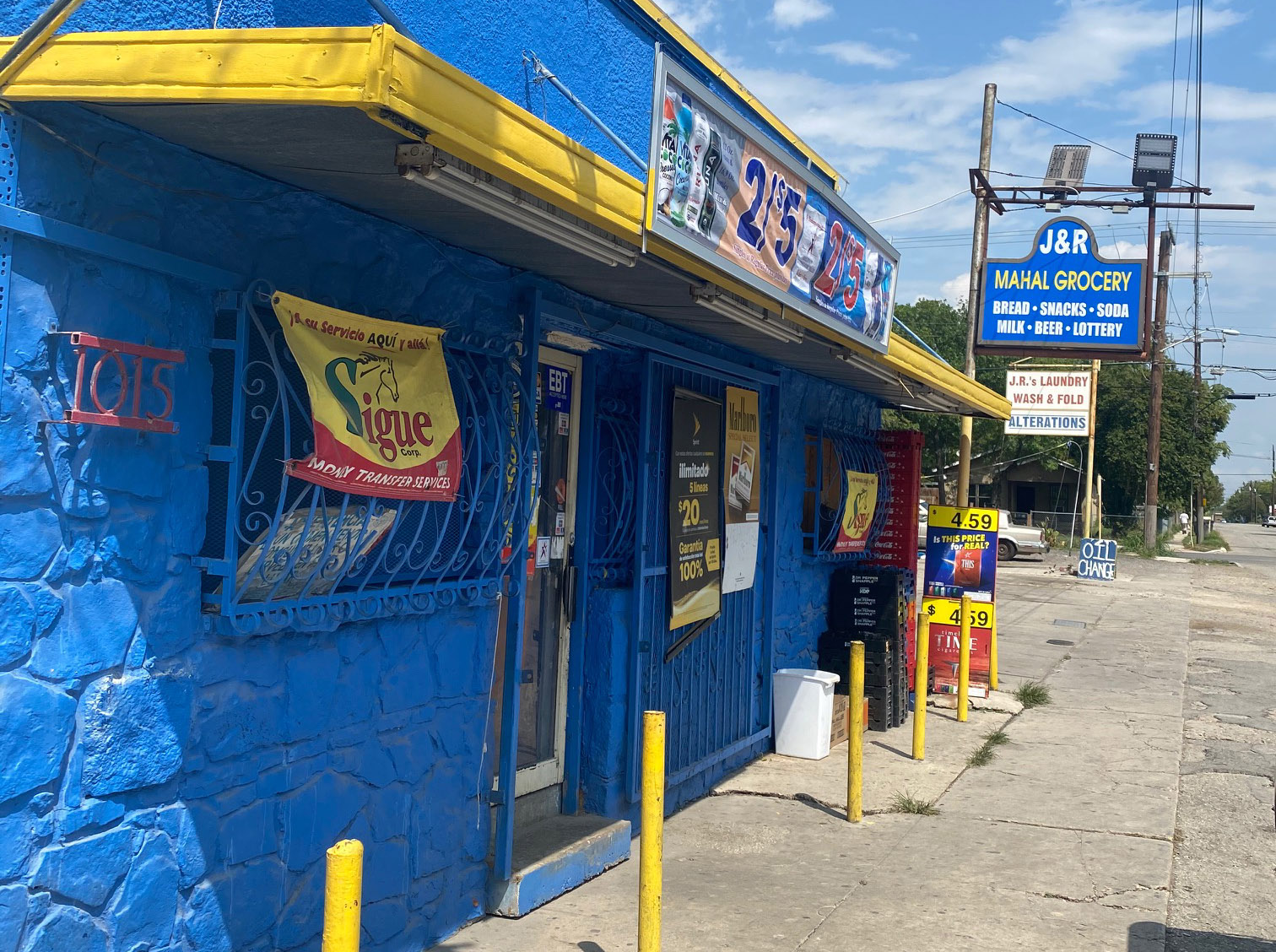 Viagran spearheaded VIVA SA Healthy Corner Store last year, an initiative to provide fresh fruits and vegetables and other healthy food options at low costs to corner stores in food desert areas. About 20 stores are expected to be part of the program this year across multiple districts. Currently about 16,000 pounds of produce are provided every quarter to corner stores.

Tienditas have also become an unlikely source of artistic inspiration. Since Victoria Suescum was a teenager growing up in Panama, she has been delighted by the emoji-like paintings on the side of auto shops, hair salons, and particularly neighborhood grocery stores.

Suescum has lived in San Antonio for about 30 years and her new exhibit Folk Pop: Victoria Suescum’s Tienditas at the McNay celebrates the signage that turns common items like bottles of beer, corn on the cob, and ice cream cones into colorful outdoor advertisements. She calls it “vernacular art.”

The building artwork, she says, is typically painted anonymously and often repainted once it wears out, giving a shop a visual identity that lasts decades. “The artwork says to me, ‘This store is not high-falutin’,’ and I love that,” she says. “But I feel a gravitational pull, the cultural anchor.”

For decades, tienditas have been places to exchange gossip and to watch over the generations growing up in the neighborhood. That’s part of why tienditas are so important to the fabric of these increasingly gentrified, evolving neighborhoods. In the face of so much change, some tienditas remain comforting constants. They each have stories to tell; you only need to ask.

Suescum says, “They definitely provide continuity and a neighborhood history.”

Folk Pop: Victoria Suescum’s Tienditas is on view at the McNay until Jan. 10, 2021. Find out information about the museum’s safety protocols here.