The 111-year-old structure, which was to undergo an extensive renovation, was severely damaged in a fire 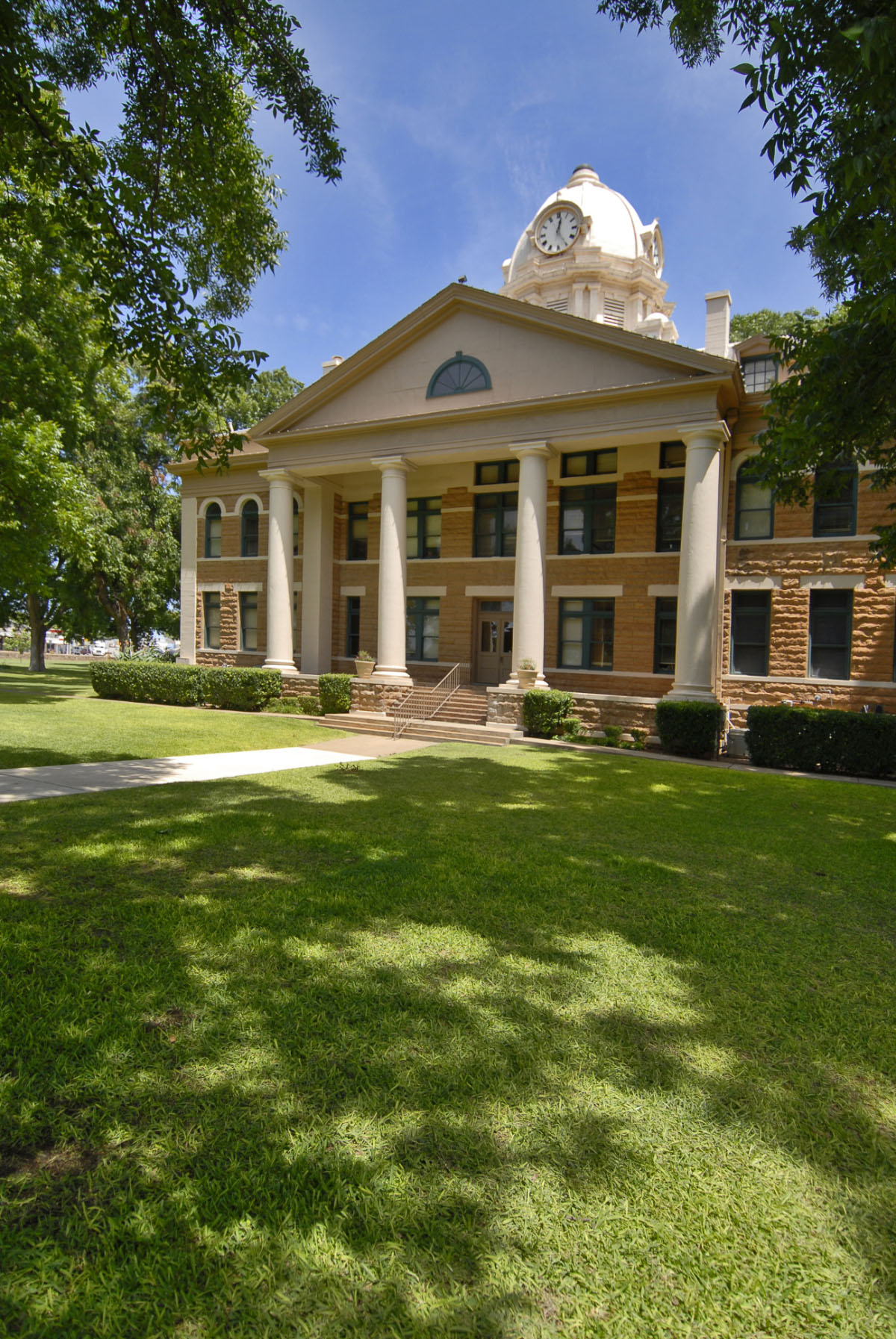 A temporary fence has gone up around the charred ruins of the Mason County Courthouse, which was destroyed by fire last Thursday.

The rock walls and two-story columns of the Classical Revival-style structure still stand, but the center dome and clock tower are gone, and the interior of the 111-year-old building is gutted.

“We rural men don’t tend to cry, but this is just devastating,” says Brent Hinckley, who served as mayor of Mason for 15 years before retiring in November. “I’m sitting here looking at the blackened hulk right now, just knowing it will never be the same.”

Architect E. C. Hosford designed the building, which was constructed using local limestone for $39,786 in 1909 (around $1.1 million today). It’s actually the third courthouse for the community, with the previous ones also being damaged by fires in 1877 and 1900.

Hinckley compared the loss of this courthouse to the death of a loved one. He watched late Thursday as orange flames reflected in the front windows of the Red Door Bed and Breakfast he owns across the street, and at his adjacent home. Hinckley’s ancestors moved to Mason in 1852, and he remembers playing on the courthouse lawn with his grandfather during the town’s centennial parade.

“Mason is truly a community in every sense of what that word means, and I think the courthouse has been seen as heart and soul of that community,” Hinckley says.

Residents celebrated last June when officials landed a $4.1 million grant from the Texas Historical Commission to restore the courthouse. Historical documents stored there were removed a few months ago, but renovations had yet to begin. As officials take the first steps in determining what to do next, community members share a sense of collective loss.

“Your heart skips a beat,” says magazine editor and realtor Chel Terrel, whose father is County Judge Jerry Bearden. She recalls standing on the courthouse steps as a teenager, answering questions posed during the annual selection of the Mason County queen. “This courthouse holds so many special and fond memories. It’s that hallmark building, the center point, this grand beauty in the center of the square.” 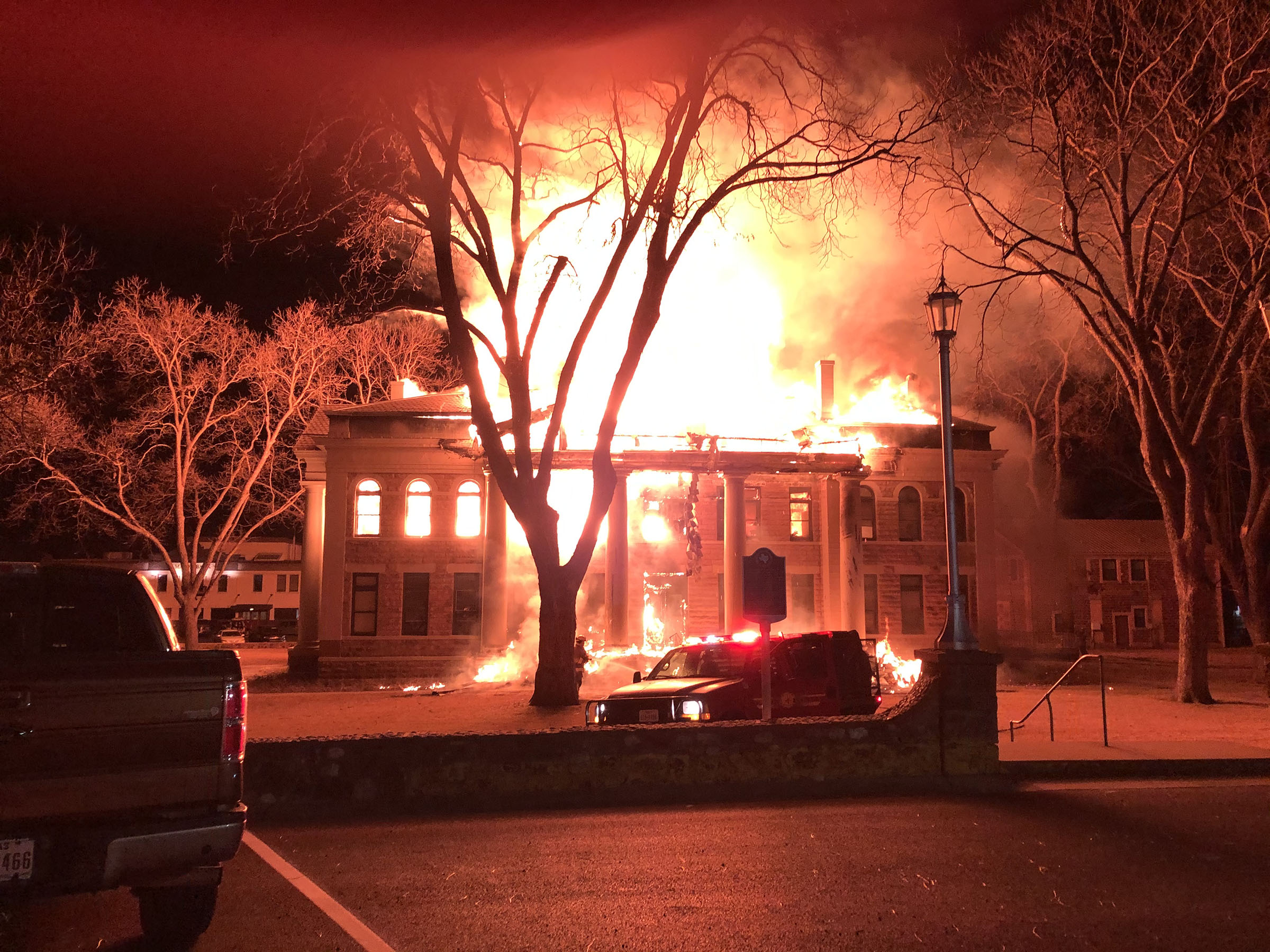 Tony Plutino, who runs a paddle-guiding business, tears up as he describes the loss the community felt. “It definitely got me in the gut to know that beautiful building was no more,” he says, recalling the times he went there to cast a vote, file deeds, or settle his late wife’s estate. “You’d pull those heavy wooden doors open and walk inside those hallowed halls…”

Like others, he pointed to the community’s spirit of resilience. “In the end, it’s a building, and the true heart and pulse of the place are the people who live here—but the loss is felt heavily.”

Scott Zesch, a Mason resident and author of several books based on Texas history, including The Captured, remembers lining up for the polio vaccine, administered via a sugar cube, at the courthouse in the early 1960s. The name of his grandfather Ben Hey, who was district clerk when the courthouse was built, is engraved on its cornerstone.

“The initial report I heard is it had burned to the ground,” he says “When I saw [the ruins], it was reassuring to see the exterior walls and all the columns intact. What has really been gratifying is the outpouring of support from across the state. Even though we are biased, it really is one of prettiest courthouses in the state.” 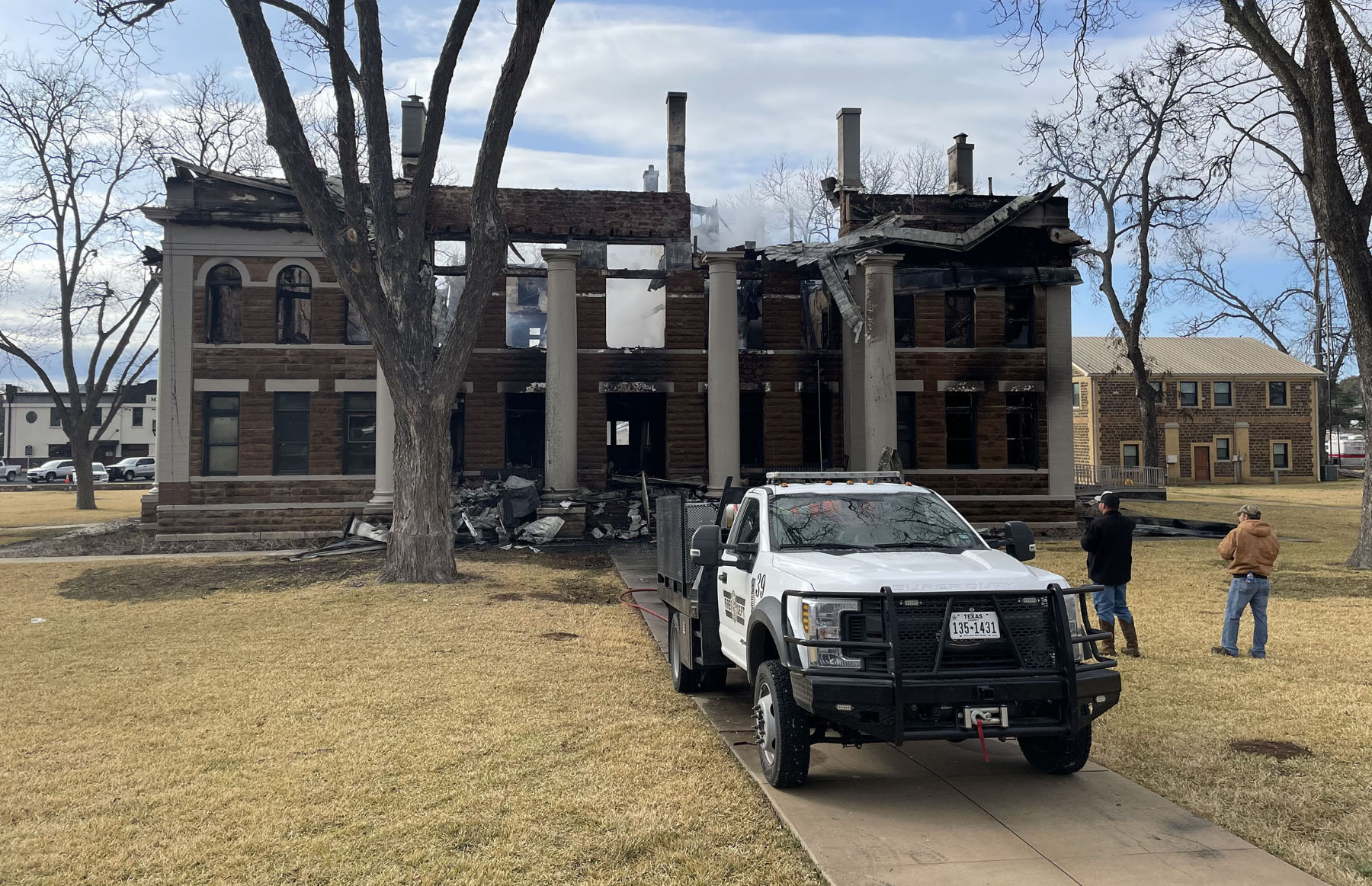 The fire department assesses the remains of the Mason County Courthouse on Friday. Photo by Heather Harrell.

While a suspect was charged with arson and burglary on Monday, residents vow to do what they can to help rebuild, and to thank those who tried to save it. At the Mason Boutique, owner Cayci Peel says she ordered a supply of “Mason Strong” T-shirts. Proceeds from their sale will benefit Mason’s volunteer fire department. “I look at the courthouse every day,” Peel says. “You just think, ‘How can I help, what can I do?’ I thought, ‘You know what? This is what I’ll do.’”

On Tuesday, County Judge Jerry Bearden is meeting with insurance adjusters, the historical commission, and the architecture company to figure out how to proceed. “Then we can meet with structural engineers on Thursday to see if we can rebuild the original courthouse,” he says.

If anyone feels the damage of the fire on a personal level, it’s Bearden. “It’s horrible. I had to stand outside the window that Thursday night and watch my office burn up and my assistant’s office burn up, and we’ve been there 18 years,” he says. “It’s probably the worst disaster I’ve seen, and I’ve seen a lot. We’re a very resilient county, though, tough people, and they want me to try to restore this, so that’s what we’re going to try to do.”