What the Heck is Pickleball?

It might be time to learn, as the Texas-based Major Pickleball League launched this week 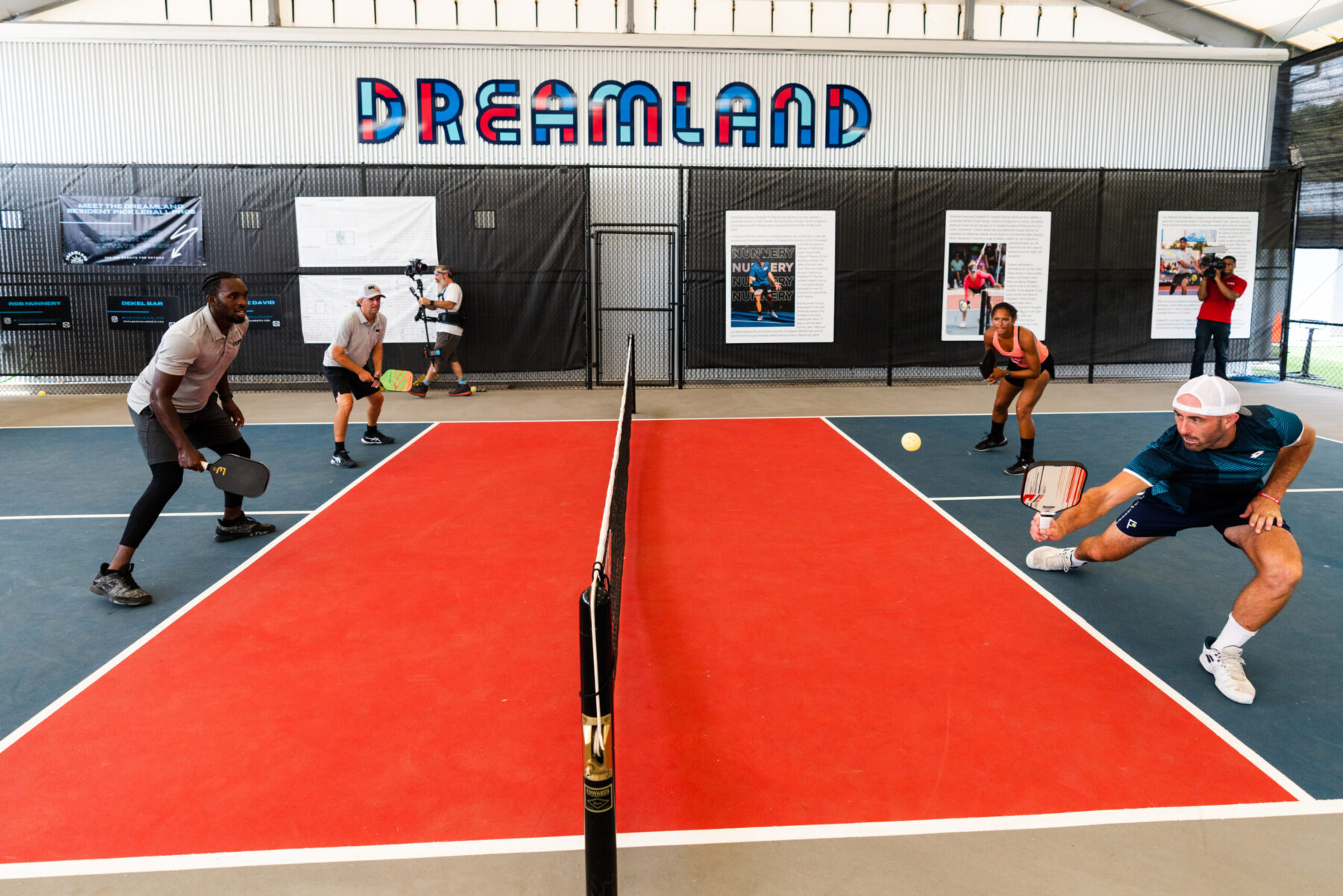 Pickleball is the country’s fastest growing sport and has quickly garnered a range of devotees. The sport has grown by 20% in participation in just the last year, with about 4.2 million people in the U.S, playing pickleball, according to the Sports & Fitness Industry Association. Most folks are likely to have heard the term in passing but may not full grasp what the sport consists of, how it’s played, and its history.

The sport was invented in 1965 on Bainbridge Island off the coast of Washington by Joel Pritchard, Bill Bell, and Barney McCallum. It combines elements of tennis, badminton, and table tennis, and some say the mix gives the sport its peculiar name, as the “pickle boat” of a fleet is one where oarsmen are chosen from the leftovers of other boats. However, others contend that the name comes from Pritchard’s family dog, Pickles.

The ball feels like a sturdier whiffle ball, which is batted about by oversized table-tennis paddles on a tiny tennis court. Games can be played with just two opponents or by teams of two competing against each other, called singles or doubles respectively. As in tennis, one player serves the ball to begin a point and the ball must not bounce on one side of the court twice. The small court requires less movement than tennis and as a result is less strenuous, making it popular among older people.

However, pickleball has appealed to all ages, with data showing roughly half of the sport’s participants are under 35. The small court and low barrier for entry offers an inherent ability to socialize while engaging in casual play. “I can play the game and then take a sip of beer and then go back to the game,” says Thomas Trinh, a 33-year-old from Austin who plays recreationally. He says it’s common to see groups of people hanging out and listening to music while playing at places like Dreamland, a facility that also offers a full bar with cocktails and beers on tap.

With the announcement of Major League Pickleball, the sport is gaining legitimacy on a professional level. The league will consist of 8 teams created from the 32 top-ranked players in the country. “We’ve got a focus on equity—it’s 16 men, 16 women,” Mellie Price, league president, says. All games will be broadcast on the MLP YouTube and Facebook channels, and the league is close to completing a deal with a national broadcast partner to televise the finals.

While the league aims to showcase the competitiveness of the sport with professional players, it will use the off season to grow pickleball among the public, including seniors and kids. “One of the wonderful things about pickleball is it’s such an accessible sport,” Price says. “You can pick up a couple of cheap paddles and a pickleball and draw chalk lines in your street.”

Here are some locales in Texas where you can dip your toe into the pickleball pool. Who knows—you might go pro.