With a Concha Revival Underway, Here’s Where to Get the Colorful Pastries in Texas 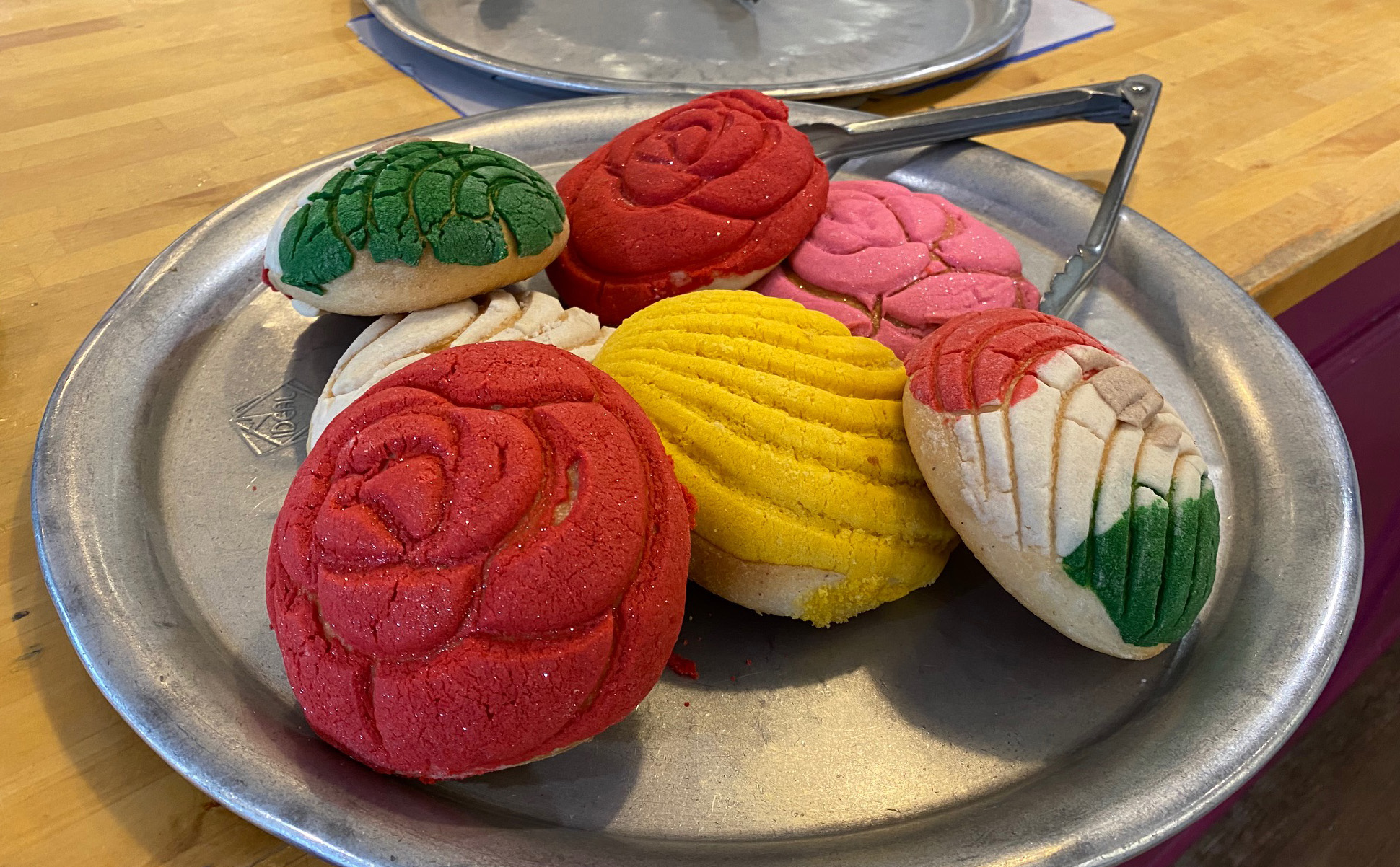 Conchas from Panifico Bake Shop in San Antonio show the range in colors and designs of the sweet treat. Photo by Omar L. Gallaga.

To everyone who rolled their eyes at the hybrid cronut or the gourmet over-complication of cupcakes in recent years (bakery fads: so many empty calories), we’ve got good news. The humble concha, the puffy shell-shaped flagship treat of many a Mexican bakery, is having a moment.

That’s right, traditionalists. Long passed over for glory in favor of shiny glazed donuts and goo-filled delights such as empanadas, conchas are suddenly getting the hipster treatment. We’re seeing wilder colors suitable for Instagram and variations of size and shape, such as mini versions available at some bakeries. The mainstream press have even caught on, with The New York Times spotlighting conchas earlier this year, and Thrillist declaring they’re “going mainstream.” We say it’s about time.

Named for the word for “seashell” in Spanish, the origin of the concha is not completely clear. Culinary scholars think they may have evolved in Mexico into the genre of pan dulce (sweet bread) by way of Europe, with influences from Spain, Portugal, and France. Today, they’re easy to find at bakeries and grocery stores across the state. And while they typically look familiar with their bun shape and crumbly topping, their taste and texture can vary.

Edna Miggins, who has owned the southwest San Antonio bakery Panifico Bake Shop with her husband since 2005, says that while most of the ingredients, including eggs, yeast, flour, anise, and sugar, are common, bakers add their own twists. 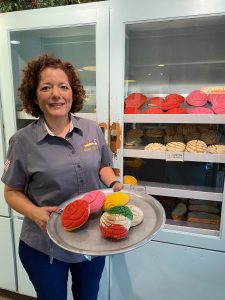 To form the patterns on a concha, bakers use cookie cutter-like stamps or make carvings with a knife. Cooking time matters: Miggins says her bakery likes conchas to bake until they’re golden yellow, but some bakers cook them much longer. Panifico offers the traditional white, yellow, and cocoa varieties, as well as rose-patterned red conchas with edible sugar glitter (they sparkle!) for Mother’s Day and themed conchas such as a multicolored one for San Antonio’s Fiesta celebration.

Miggins said she began to notice that conchas, the most popular item she sells besides cookies, began to take off again about five or six years ago as an easily Instagrammable Mexican bakery treat. “People started doing different things to the toppings, different colors,” she says. “The bakers express their creativity with them and people just really like it.”

Despite the variations, Miggins says that white, brown (chocolate), and yellow are still the most popular colors. Even though yellow and white taste exactly the same—only the color, which comes from drops of food coloring, is different—some customers know exactly what they want and won’t accept anything else. “Some people, if they don’t see the white ones, they’ll leave,” she says.

The Texas Conchas Trail
Bakeries across Texas offer these Mexican pan dulce pastries. Here are a few places to try.

Panifico Bake Shop
San Antonio
A neighborhood fixture since the 1960s, it was rebranded in 2005 and continues to serve some of the best conchas in the city. 602 N.W. 24th St.

El Bolillo Bakery
Houston
With 150 pastries, the conchas are still a standout, including the bakery’s heart-shaped Valentine’s Day variation as well as a unicorn concha. 2421 South Wayside Drive

Vera’s Bakery
Dallas
This bakery has traditional conchas as well as styles including mini conchas and cream-filled. 932 W. Davis St.