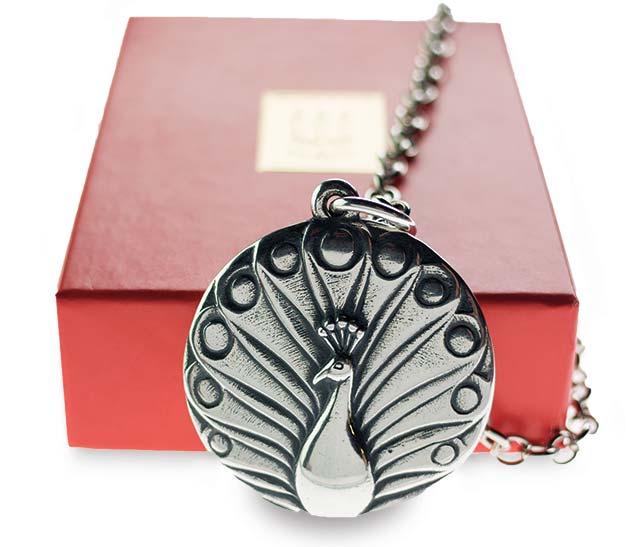 I started collecting travel memories in the form of jewelry when I was about eight years old. In recent years, I’ve added a chunky amethyst pendant from Wurstfest in New Braunfels, a Celtic-style necklace from the Texas Folklife Festival in San Antonio, a mother-of-pearl necklace and earring set from Grapevine, and some moonstone earrings from the gift shop at the Black Dragon pirate ship in Port Isabel.

I love jewelry, so I was excited to learn that the Hill Country jewelry-maker James Avery Craftsman had opened a new visitor center and retail store at its Kerrville headquarters. Was it time for a new souvenir?

I knew the jewelry would be beautiful, but the 42-acre James Avery campus, dotted with white limestone buildings and oak trees, is worth a visit for its park-like setting alone. Groups of white-tailed deer often graze in the open, grassy areas—an added perk for visitors.

Inside the newest addition, I passed the store’s brightly lit display cases, which are filled with necklaces, earrings, rings, bracelets, and charms, to get to the visitor center. I spent several hours here, looking at the exhibits about the company’s story and watching videos about the jewelry-making process.

Born in Wisconsin, Avery first visited Texas during training for the Army Air Corps in San Antonio. After serving as a bomber pilot in World War II, he graduated from the University of Illinois with an industrial design degree. While teaching in Colorado in 1951, he created his first piece of jewelry, the Plain Latin Cross (based on a Southwestern Pueblo Indian cross), a design that is still available today. It exemplifies Avery’s focus on simple, yet meaningful, design.

In 1954, Avery decided to leave teaching, and with $250 in tools, copper, and silver, the 32-year-old started making and selling jewelry from his in-laws’ garage in Kerrville. His mother-in-law, Gladys Ranger, encouraged him to sell his pieces at churches, bookstores, and a girls’ summer camp in Hunt called Camp Mystic. Soon, Avery was making charms to mark special moments—a line that still proves popular today.

After the company incorporated in 1965, it grew to have several thousand employees with about 70 stores in 10 states. All production still takes place in Texas, with workshops in Kerrville, Fredericksburg, Comfort, and Hondo.

As I wandered around the visitor center, I studied Avery’s worn workbenches and his assortment of hammers, pliers, files, mandrels, and other tools; then admired the many finished pieces on display. There also are videos and exhibits showing various aspects of crafting the jewelry, such as polishing, hammering, and resizing.

One video describing the lost-wax process—a technique that involves encasing a wax model in plaster, heating it to melt away the wax, then filling the void with molten metal—was so captivating that I’m eager to learn this method myself. I left with a greater appreciation for the amount of work, number of people, and extent of thought involved in each piece of jewelry.

Choosing an Avery piece to mark an achievement or celebrate an occasion is a tradition for many of my friends and family, and the visitor center includes displays of such meaningful pieces, including several examples of Avery’s popular charms. Another exhibit shows replicas of the cross that flew on the Space Shuttle Discovery and the “wheat sheaf” pendant carried on the Space Shuttle Endeavor. Here, too, are photos and letters from customers, who often share their design ideas and sentiments.

James Avery jewelry has special meaning for me, too. Two of my most treasured pieces are the James Avery butterfly bookmark I received for my 16th birthday and the hammered-silver cuff that commemorated my high school graduation. On this visit, I add-ed the peacock pendant ($97)—originally made in 1982 and rereleased as part of a series honoring the company’s 60th anniversary

When asked to reveal his favorite design, Avery, who retired as CEO in 2007, often replies, “I like to say the next one.”

Me too. I can’t wait to visit Kerrville again to see what’s next.