Sightseer: Back to the Futuro 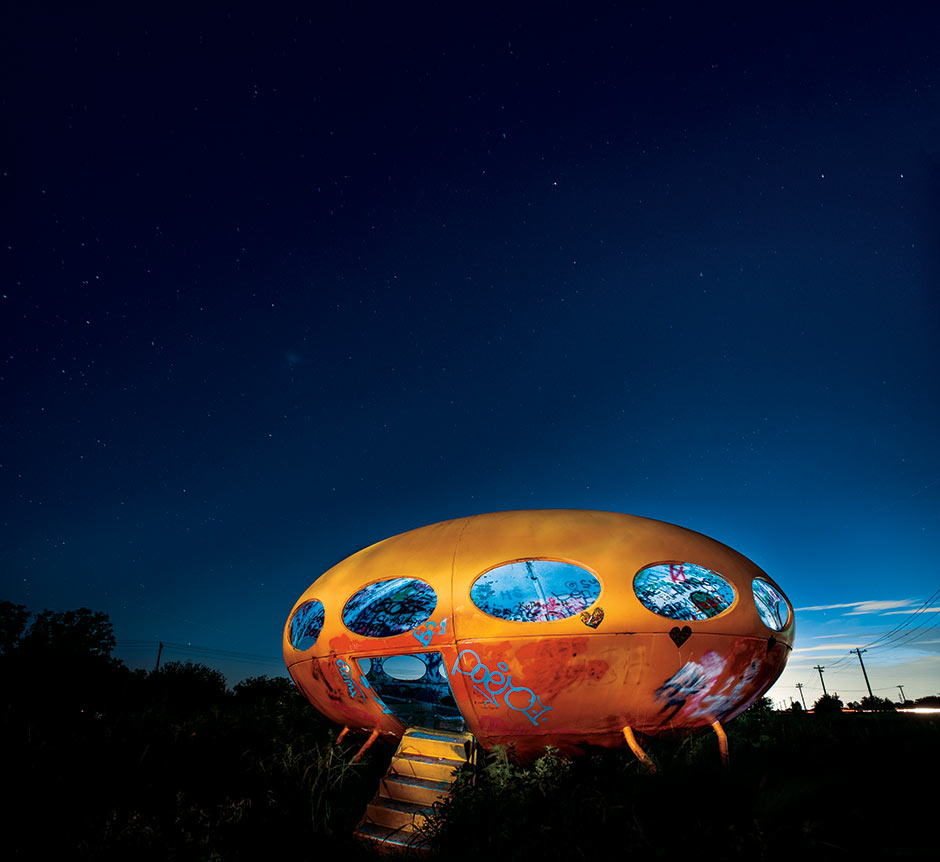 As you near Royse City, just east of Rockwall, the scenery becomes a little extraterrestrial. Situated along the highway, an orange spaceship catches the eye of nearly every driver that passes by. Truth is, it’s not a spaceship at all, but a lost relic of 1960s architecture—a portable, prefabricated, and outright peculiar structure designed by Finnish architect Matti Suuronen. Fewer than 100 Futuro houses were ever produced, and now the approximately 50 that remain across the globe—from Texas to New Zealand—stand as testaments to the Space Age fascination with alien life. While the Royse City Futuro has been completely gutted and covered in graffiti over the years, two more exist on private property in Texas—one painted green and pink landed only 11 miles away in Rockwall. The other found a home on the Yates Cattle and Conservation Ranch in Austin; it (and the 385-acre property it sits on) is currently on the market for $7.2 million.