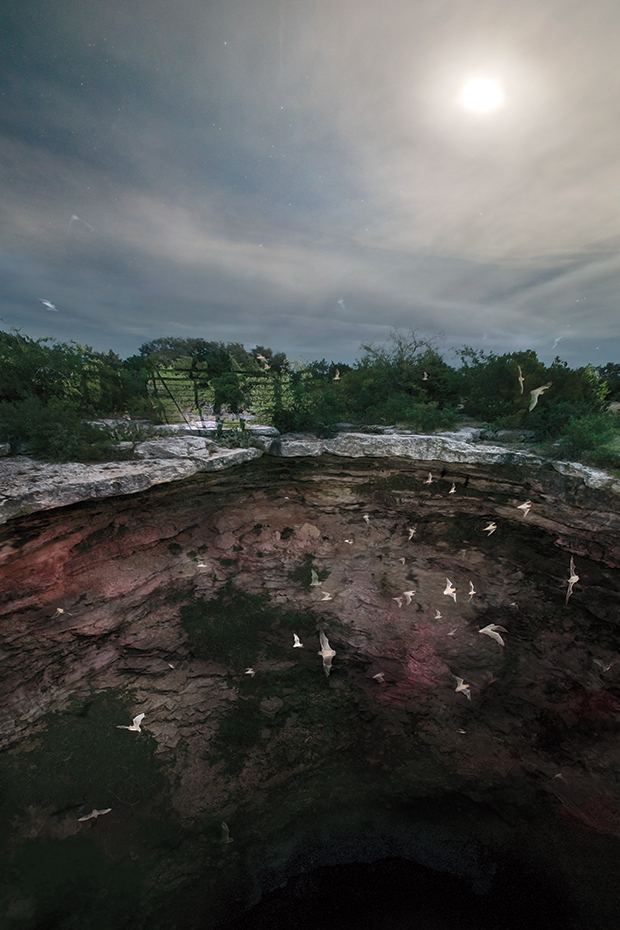 “Many years ago, I was a part-time park ranger for Devil’s Sinkhole State Natural Area. On weekend evenings, the park manager and I would give interpretive talks and answer questions for visitors as millions of Mexican free-tailed bats emerged from the sinkhole. Today, whenever I watch the flight, those memories rise with the bats, at least for a moment, until the emergence transforms the night sky and I am awed into the here and now, still overwhelmed by the phenomenon.” – E. Dan Klepper

Texas’ Top 10 Bat Viewing Spots – Observing bats emerge is one of the most exciting encounters that nature has to offer. Texas just so happens to be the perfect place to visit if you want to see all kinds of bats in several different locations.

Gone Batty in Texas – The tornado struck with scant warning at sunset, leaving a bevy of onlookers breathless—and the local bug population decimated. Pouring from a limestone cave still warm from the day’s bright sunshine, hundreds… thousands… millions of little critters flew in circles faster and faster, higher and higher—a living whirlwind of furry bodies and rustling wings—before streaming off to the north in search of dinner. 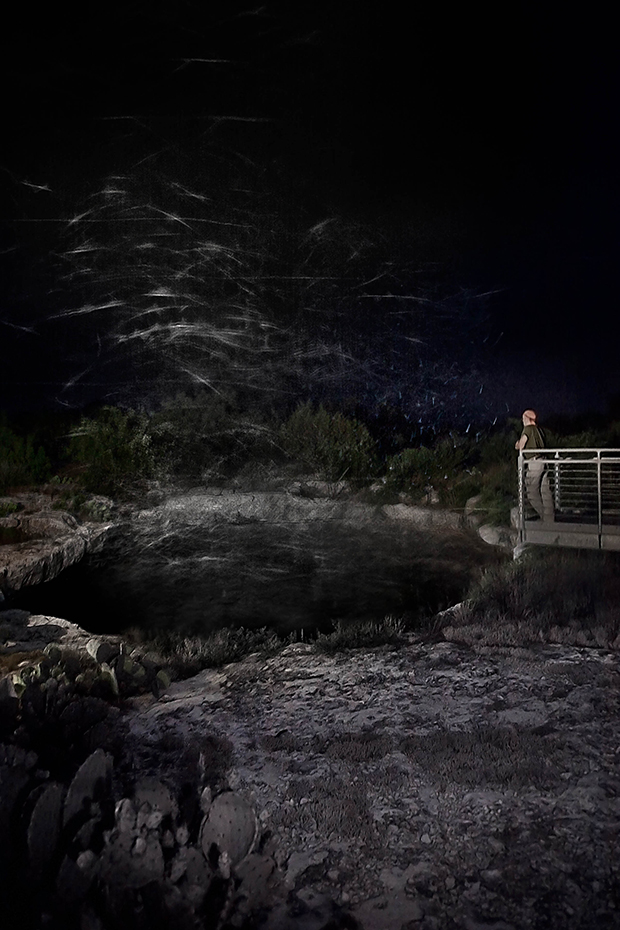