The Alamosaurus Dwarfs Everything Else at the Perot Museum 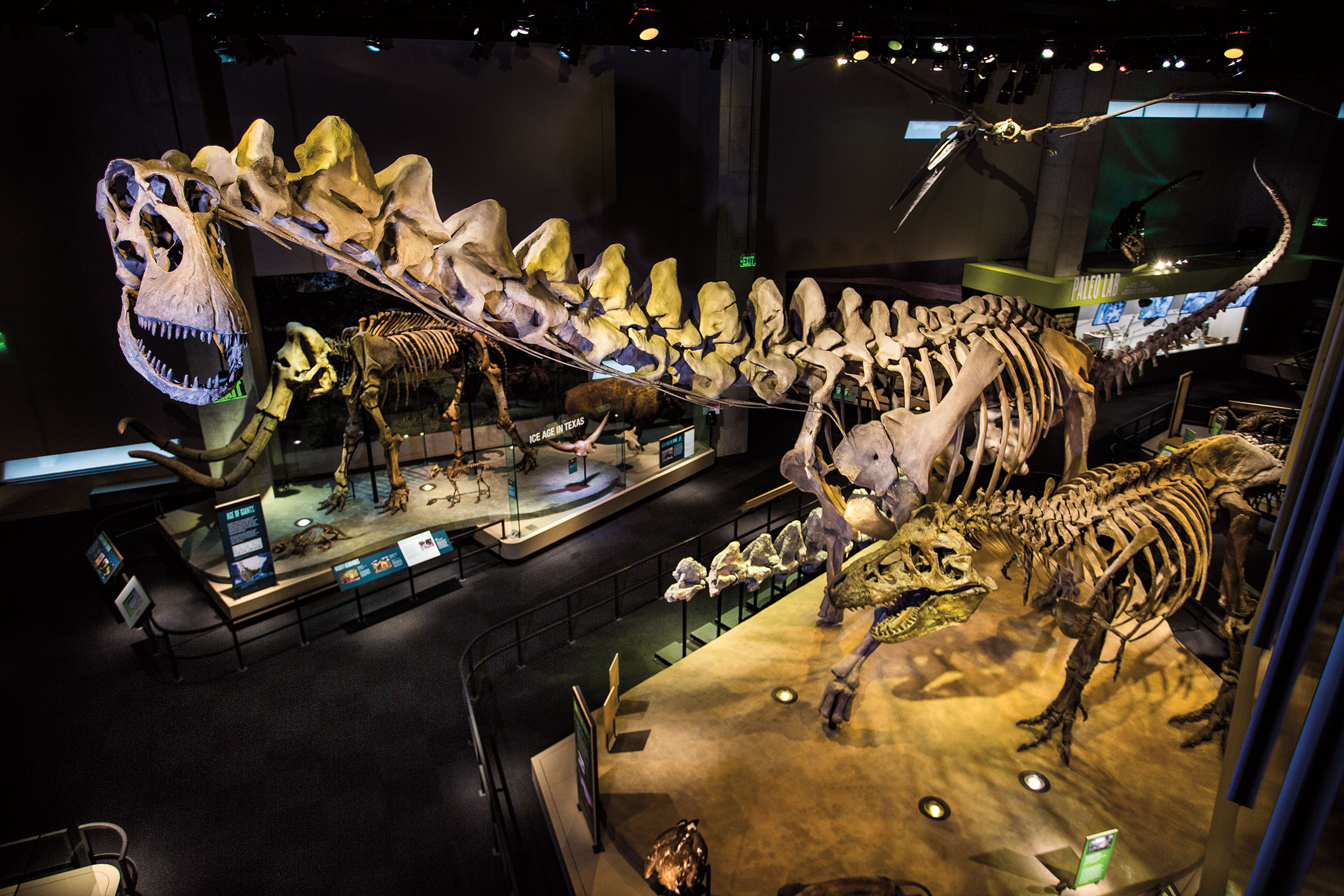 Sixty-seven million years ago, the long-necked Alamosaurus strode like a moving mountain across the fern-carpeted floodplains of the Big Bend. Among the last of the non-bird dinosaurs to live in North America, this titan may also have been the largest on the continent, at 100 feet long and weighing 50 tons. The first fossilized Alamosaurus bones were discovered in New Mexico in 1921, but in the ensuing century most of its fossil remains have been found in Texas. Today, the world’s only skeletal mount of the dinosaur stands proudly at Dallas’ Perot Museum of Nature and Science. “The Big Bend country has produced more Alamosaurus bones than anywhere else,” says Ron Tykoski, director of paleontology at the museum.

While most dinosaurs in Texas are known from scraps of bones, the reconstructed Alamosaurus model is represented by hefty chunks from three individuals. This includes a specimen from the University of Texas that contains much of the body, from the base of the neck to the first little bit of tail, and an almost complete neck that was discovered in the Big Bend in 1999. About the only portion of the body that’s never been found is the head (and first three vertebrae), which isn’t unusual: The small heads of long-necked dinosaurs rarely fossilize well. The one at the Perot Museum represents an educated guess.

A herd of Alamosaurus dinosaurs would have been quite a sight, Tykoski says. Modern elephants are a major force on the landscape, knocking over trees and digging wells. A herd of adult Alamosaurus dinosaurs would have been capable of completely reshaping local ecosystems and powerful enough to make even its contemporary, Tyrannosaurus, steer clear. But, as Tykoski cheerfully notes, that wouldn’t make for a very exciting display. The reconstructed Alamosaurus in the Perot Museum is a hulking skeleton that towers over delighted visitors—and the Tyrannosaurus unwisely nips at its flanks. “We wanted something awe-inspiring that nobody else has,” Tykoski says. “It’s a great way to introduce people to a Texas native from almost 70 million years ago.” For more information, visit perotmuseum.org.