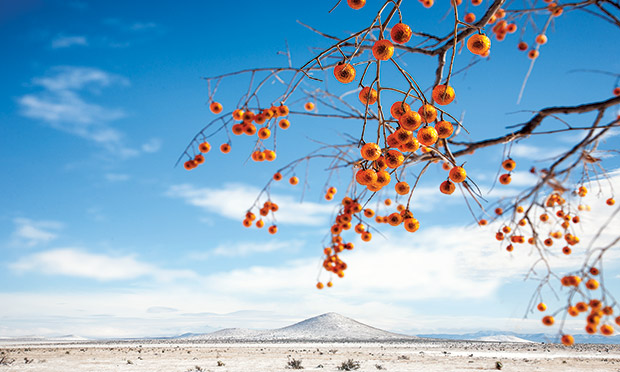 A view east of Marathon, looking at Beakely Hill and the Marathon Grasslands. Photo by E. Dan Klepper.

Snow in West Texas, while usually as fleeting as a sandcastle in the surf, tends to imbue the landscape with a diffused, quiet melancholy.

Find Texas Highways on a newstand near you, or subscribe and don’t miss another issue.

“This was an early snowstorm,” says Marathon-based photographer and writer E. Dan Klepper of the image at the top of the page. “You can tell that because of the berries, which are actually seeds of a sumac tree. Later in the season, they would have wrinkled up and dropped off. I was captivated by the sunlight coming through them.”

Beakeley Hill, which appears in the foreground, is one of Klepper’s favorite subjects. “I’m drawn to the geometric shape of it,” he says, “and the way the shadows and light change its shape. I use that hill to study how light brings things into dimension.”

Case in point: Photographer Kathy Adams Clark was leading a workshop in Big Bend National Park in January 2015 when temperatures began to drop precipitously. “Around midnight, it started snowing really hard. I got up before dawn and started photographing. It lasted about six hours, and then the opportunity was over.”

Enjoy these images, and whether it’s sunny or snowy, seize the moment. 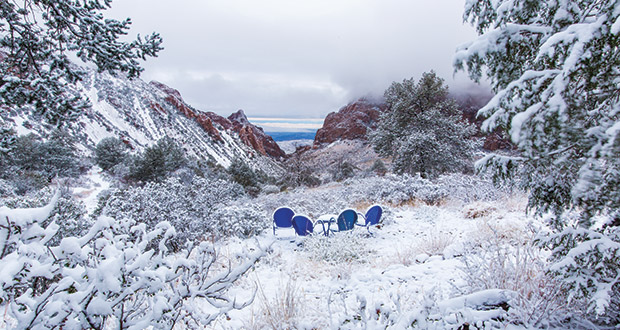 Best Seats in the House: “I was lucky,” says photographer Kathy Adams Clark, who captured this image in the Chisos Basin at Big Bend National Park. “Someone had left these chairs outside, and they were covered in snow.” 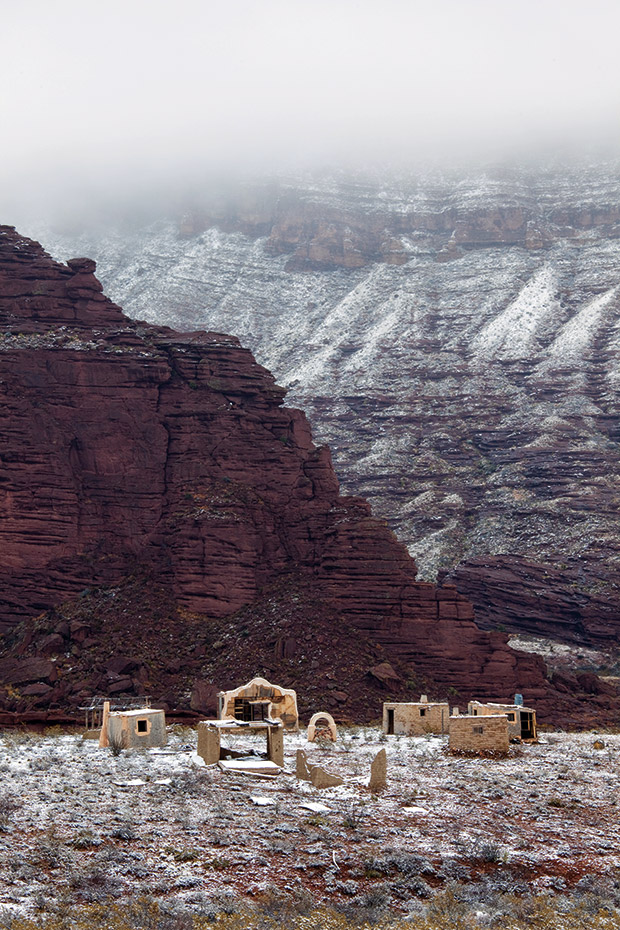 Cinematic Scene: “I was staying on the Red Rock Ranch northwest of Van Horn when the storm came in,” says Laurence Parent. “I got up before dawn and shot these images of the old movie set.” 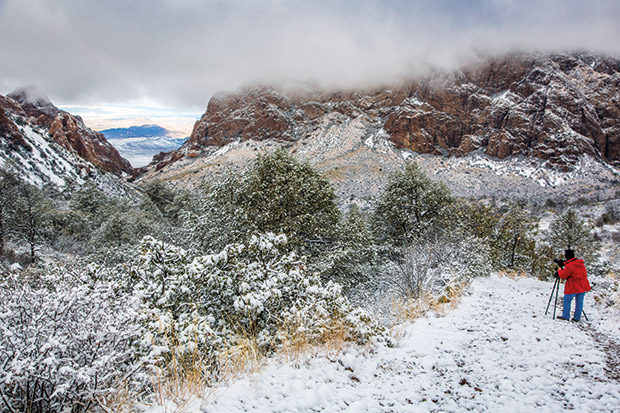 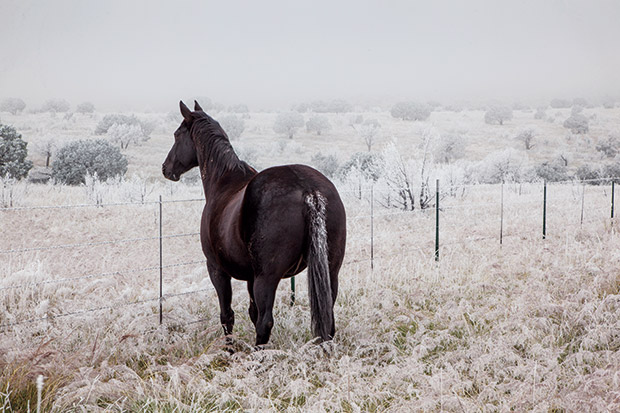 Horse Sense: “This was taken in October in the Davis Mountains,” says Laurence Parent. “It was 24 degrees outside. I was driving up in the hills and wound up in the storm. I saw this horse and thought, ‘It looks as cold as I am.’”