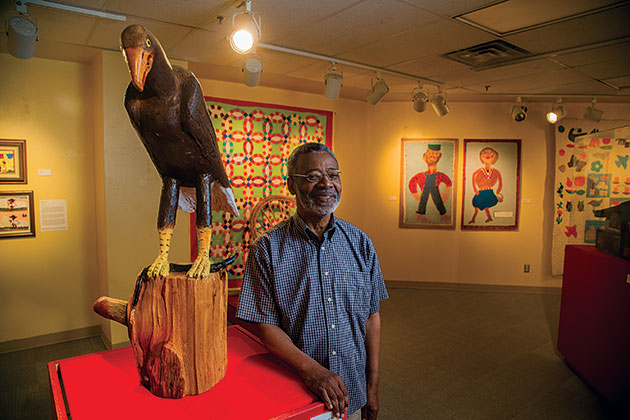 As president and CEO of the African American Museum in Dallas, Harry Robinson Jr. has turned his keen interest in history into a passion for preserving the story of African Americans in Texas.

“I came up on the bayou in Lafourche Parish, Louisiana, and we didn’t have much to do in the country,” he says. “So I read newspapers my mother brought home from her work as a housekeeper.” That reading inspired him to earn a history degree at Southern University in Baton Rouge, followed by a master’s degree from Atlanta University and a doctorate degree from the University of Illinois at Urbana-Champaign.

He came to Dallas in 1974 with plans for a museum at Bishop College, a historically black college that closed in 1988. Eventually, the African American Museum came to fruition at Dallas’ Fair Park.

“There was a need in the Southwest to preserve African American history, culture, and materials,” says Robinson, who has served on the boards of more than a dozen area arts, education, and historical organizations. “At the museum, we do this in different ways, including visual and written history and art. We have some precious items, such as an Ethiopian Bible that’s about 500 years old and a desk made by slaves in San Augustine in 1830.” The museum also has the photo archives from Sepia magazine and one of the country’s largest collections of African-American folk art.

“I want this museum to be a tribute to the heritage of the black people not only in Dallas, but nationwide,” says Robinson. “My primary goal is to awaken and arouse the consciousness of people about this rich culture and heritage, chronicling the struggles and celebrating the accomplishments of black people the world over.”